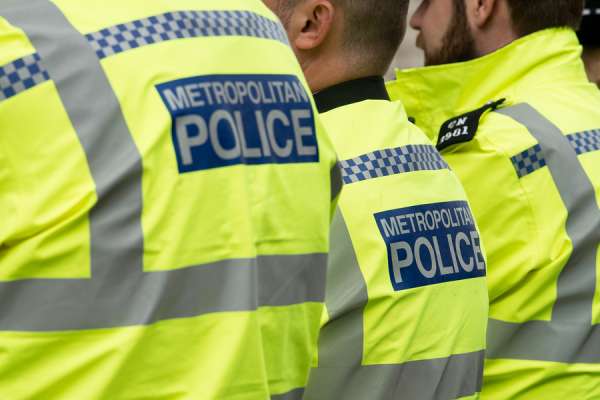 CNA Staff, Nov 16, 2020 / 10:30 am (CNA).- Police halted a baptism in a Baptist church in London on Sunday, citing the country’s coronavirus restrictions that include bans on weddings and baptisms. The restrictions have been criticized by the Catholic bishops of England and Wales.

A pastor at The Angel Church in London’s Islington borough held a baptism with approximately 30 people in attendance, in violation of the country’s public health restrictions. Metropolitan police halted the baptism and stood guard outside the church to prevent anyone from entering, BBC News reported on Sunday.

After the baptism was stopped, Pastor Regan King reportedly agreed to hold an outdoor gathering. According to the Evening Standard, 15 people remained inside the church while another 15 people gathered outside to pray. The original planned event was a baptism and an in-person service, the Evening Standard reported.

The U.K. government implemented its second set of major, nationwide restrictions during the pandemic, closing pubs, restaurants, and “non-essential” businesses for four weeks due to a surge in virus cases.

Churches can be open only for funerals and for “individual prayer” but not “communal worship.”

The country’s first lockdown occurred in the spring, when churches were closed from March 23 until June 15.

Catholic bishops have sharply criticized the second set of restrictions, with Cardinal Vincent Nichols of Westminster and Archbishop Malcolm McMahon of Liverpool issuing an Oct. 31 statement that the closure of churches would cause “deep anguish.”

“Whilst we understand the many difficult decisions facing the government, we have not yet seen any evidence whatsoever that would make the banning of communal worship, with all its human costs, a productive part of combating the virus,” the bishops wrote.

Lay Catholics have also opposed the new restrictions as well, with the president of The Catholic Union, Sir Edward Leigh, calling the restrictions “a huge blow to Catholics across the country.”

More than 32,000 people have signed a petition to Parliament asking for “corporate worship and congregational singing” to be allowed in houses of worship.

Before the second lockdown, Cardinal Nichols told CNA that one of the worst consequences of the first lockdown was that people were “cruelly separated” from their loved ones who were sick.

He also predicted “changes” to the Church, one of them being Catholics having to adjust to watching Mass offered remotely.

“This sacramental life of the Church is corporal. It’s tangible. It’s in the substance of the sacrament and of the gathered body … I hope that this time, for many people, of Eucharistic fast gives us an additional, sharpened taste for the real Body and Blood of the Lord.”

What St. Margaret of Scotland Can...

Exorcisms and the popes: Stories f...