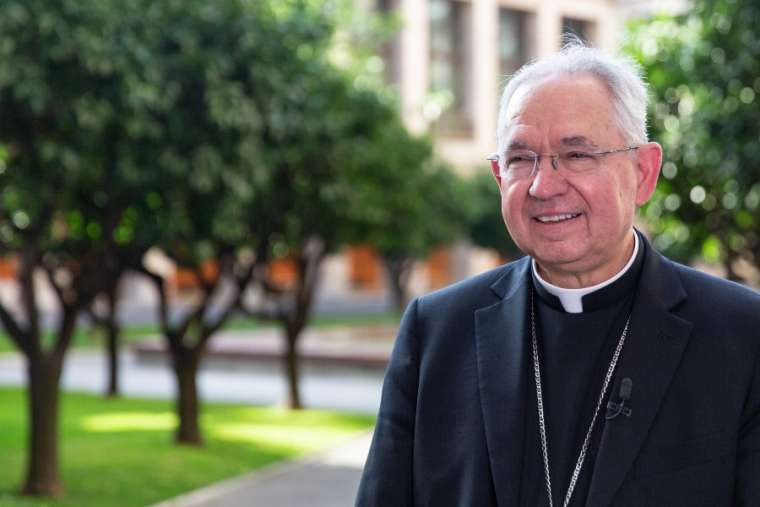 The bishops of the United States have praised the release of Pope Francis’ new encyclical, calling it a “profound and beautiful” treatment of human dignity.

After the text of the new papal document, Fratelli Tutti: On Fraternity and Social Friendship, was released on Sunday, Archbishop Jose Gomez of Los Angeles, the president of the United States Conference of Catholic Bishops hailed the document as an “important contribution” to the Church’s social teaching.

In a statement on, October 4, the day the encyclical was released, Gomez said that “Pope Francis’ teaching here is profound and beautiful: God our Father has created every human being with equal sanctity and dignity, equal rights and duties, and our Creator calls us to form a single human family in which we live as brothers and sisters.”

The pope, said the archbishop, “provides us with a powerful and urgent vision for the moral renewal of politics and political and economic institutions from the local level to the global level, calling us to build a common future that truly serves the good of the human person.”

Gomez said that Pope Francis “is challenging us to overcome the individualism in our culture and to serve our neighbors in love, seeing Jesus Christ in every person.”

“I pray that Catholics and all people of good will reflect on our Holy Father’s words here and enter into a new commitment to seek the unity of the human family.”

Pope Francis introduced Fratelli tutti during his Angelus address Sunday, saying that “human fraternity and the care of creation” were the only paths forward for humanity.

Speaking from a window overlooking St. Peter’s Square Oct. 4, the pope recalled that hevisited Assisithe day before to sign the encyclical at the tomb of St. Francis, who also inspired his 2015 encyclical “Laudato si’.”

He said: “The signs of the times clearly show that human fraternity and the care of creation form the only path towards integral development and peace, already indicated by the saintly popes John XXIII, Paul VI and John Paul II.”

In theletter, the pope urged people of good will to promote fraternity through dialogue, renewing society by putting love for others ahead of personal interests.

Throughout the encyclical, the pope emphasized the primacy of love, in both social and political contexts.

“Fratelli tutti,” the text’s opening phrase, means “All brothers” in Italian. The words are taken from the writings of St. Francis of Assisi, to whom the pope paid tribute at the beginning of the encyclical, describing him as the “saint of fraternal love.”