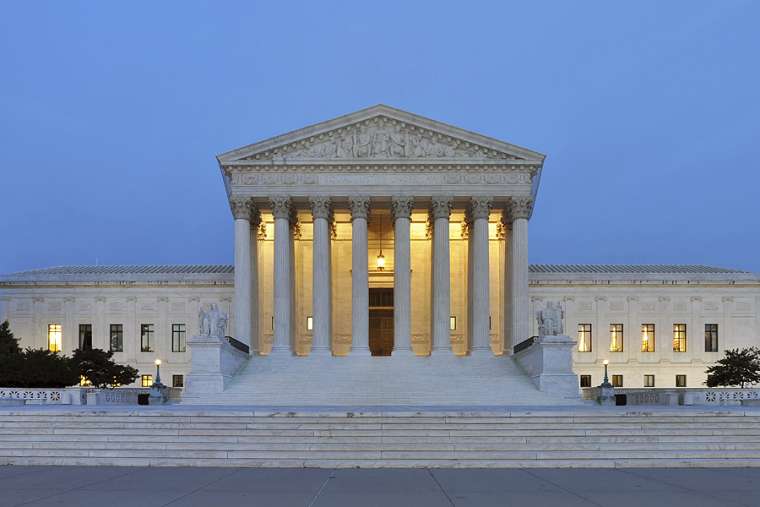 The US Supreme Court on Thursday refused to reverse a lower court’s order preventing the FDA from requiring in-person dispensation of the abortion pill during the coronavirus pandemic.

Justice Samuel Alito wrote a dissent, in which he was joined by Justice Clarence Thomas, which focused on “the inconsistency in the Court’s rulings on COVID–19-related public safety measures,” especially regarding First Amendment rights.

The court voted 6-2 Oct. 8 to postpone considering the Trump administration’s appeal that seeks a stay of an injunction that prevents the FDA from enforcing its regulation of mifepristone, the first of the two drugs taken in a medical abortion.

In July, Judge Theodore Chuang of the US District Court for the District of Maryland ruled that the FDA listing of the abortion pill regimen alongside higher-risk procedures and drugs posed an undue burden on women seeking abortions during the pandemic, because it required them to travel to a medical facility to obtain mifepristone. Chuang, and a federal circuit court which upheld his ruling in August, said that women should be able to take mifepristone without a visit to a doctor’s office.

The Supreme Court notedthat the FDA “argues that, at a minimum, the injunction is overly broad in scope, given that it applies nationwide and for an indefinite duration regardless of the improving conditions in any individual State. Without indicating this Court’s views on the merits of the District Court’s order or injunction, a more comprehensive record would aid this Court’s review.”

Because of this, the court said the district court should “promptly consider a motion by the Government to dissolve, modify, or stay the injunction, including on the ground that relevant circumstances have changed,” giving it 40 days to rule after having received the government motion.

Alito wrote inhis dissentthat “there is no legally sound reason” for the court’s refusal to rule on the injunction.

“There is, however, one difference (but not a legally significant one) between what the Court has done and the express denial of the Government’s application. Expressly denying a stay would highlight the inconsistency in the Court’s rulings on COVID–19-related public safety measures,” he noted.

“In response to the pandemic, state and local officials have imposed unprecedented rest rictions on personal liberty, including severe limitations on First Amendment rights. Officials have drastically limited speech, banning or restricting public speeches, lectures, meetings, and rallies. The free exercise of religion also has suffered previously unimaginable restraints, and this Court has stood by while that has occurred.”

He pointed to the court’s decisions in May and July upholding coronavirus limitations on religious services in California and Nevada, noting that “the Court deferred to the judgment of the Governor of Nevada that attendance at worship services presented a greater threat to public health than engaging in the diversions offered by the State’s casinos. The possibility that this dubious conclusion might have been based less on science than on the influence of the State’s powerful gaming industry and its employees was not enough to move the Court. Near-total deference was the rule of the day.”

Alito noted that the FDA adopted the regulation at issue in 2000, it has been enforced over the course of four administrations, and the agency “evidently decided that the mifepristone requirement should remain in force” during the pandemic.

“Nevertheless, a District Court Judge in Maryland took it upon himself to overrule the FDA on a question of drug safety. Disregarding THE CHIEF JUSTICE’s admonition against judicial second-guessing of officials with public health responsibilities, the judge concluded that requiring women seeking a medication abortion to pick up mifepristone in person during the COVID–19 pandemic constitutes an ‘undue burden’ on the abortion right, and he therefore issued a nationwide injunction against enforcement of the FDA’s requirement. The judge apparently was not troubled by the fact that those responsible for public health in Maryland thought it safe for women (and men) to leave the house and engage in numerous activities that present at least as much risk as visiting a clinic—such as indoor restaurant dining, visiting hair salons and barber shops, all sorts of retail establishments, gyms and other indoor exercise facilities, nail salons, youth sports events, and, of course, the State’s casinos.”

Alito wrote that “Under the approach recently taken by the Court in cases involving restrictions on First Amendment rights, the proper disposition of the Government’s stay application should be clear: grant. But the Court is not willing to do that. Nor is it willing to deny the application. I see no reason for refusing to rule.”

He concluded that the case “presents important issues that richly merit review. The District Court’s decision, if reviewed, is likely to be reversed. And if the FDA is right in its assessment of mifepristone, non-enforcement of the requirement risks irreparable harm. A stay is amply warranted.”