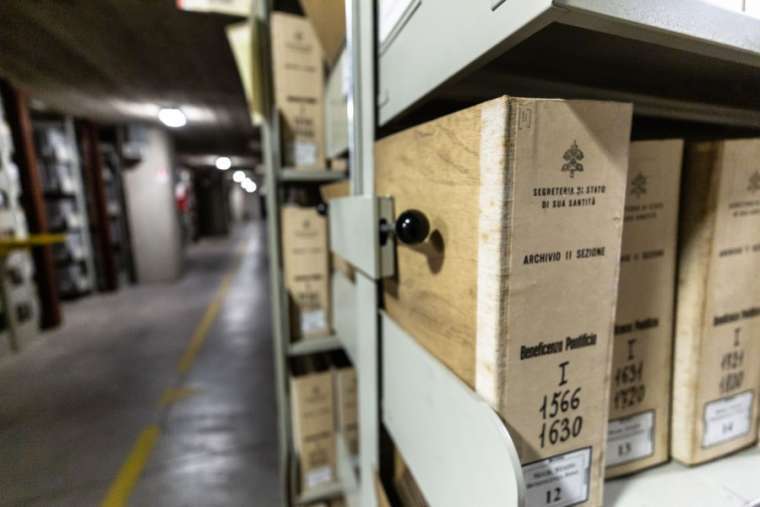 The Vatican Apostolic Archive will reopen to researchers June 1 after closing for 12 weeks due to Italy’s coronavirus lockdown.

The archive was forced to close to scholars the second week of March, just days after the highly anticipated March 2 opening of the files on the pontificate of Venerable Pius XII.

According to a notice on the archive’s website, the records office will reopen to researchers for four weeks, after which they will again close for the summer break until after Aug. 30.

The archives will be open only during the morning until further notice and the number of researchers allowed in at a time will be limited to 15 as a safety measure.

The online notice said previous reservations to work in the archives are considered canceled and scholars will have to submit new requests for the four-week opening.

The Vatican Apostolic Archive, formerly called the “secret archive,” is an office which preserves documents and books of historical and cultural importance to the Church and to the world. Since 1881 the archive has been open to qualified researchers on request.

March 2, with Pope Francis’ decree, access was extended to include the archives of the pontificate of Venerable Pius XII, which spanned March 1939 to October 1958, and it is the first time scholars had been granted access to the approximately 16 million documents they contain.

The opening of the Pius XII archives was highly anticipated, and researchers hoped study of the files could bring to light new information about Venerable Pope Pius XII’s actions during World War II, which have been hotly debated.

Some historians criticize the pope for not making a more explicit denunciation of Hitler and the Nazis. Others point to his role in drafting “Mit brennender Sorge,” the 1937 encyclical to the Church in Germany, and the limits imposed on him by the Lateran Treaty.

Shortly before its opening, the Vatican apostolic archive had received requests for access from more than 150 scholars from around the world. At the time, a maximum of 60 people were permitted to enter per day.

After August 30, the archive said it will allow 25 people to enter at one time.

Pius XII died in 1958. His cause for canonization was opened by Pope Paul VI in November 1965, during the final session of the Second Vatican Council. On December 19, 2009, Pope Benedict XVI declared him “venerable,” meaning the Church has determined that he led a life of heroic virtue.

As Italy begins to loosen its coronavirus lockdown restrictions, the Vatican has reopened certain areas to the public, including St. Peter’s Basilica, though Rome remains without tourists due to closed international borders.

While it is rumored that Italy will open its borders with the rest of Europe and the Schengen area countries starting June 3, nothing has yet been made official. It is still unknown when Italy will reopen to countries outside Europe.

‘Lights in the Dark’ Offers Lockdo...