Vatican: Baptisms administered ‘in name of the community’ are invalid 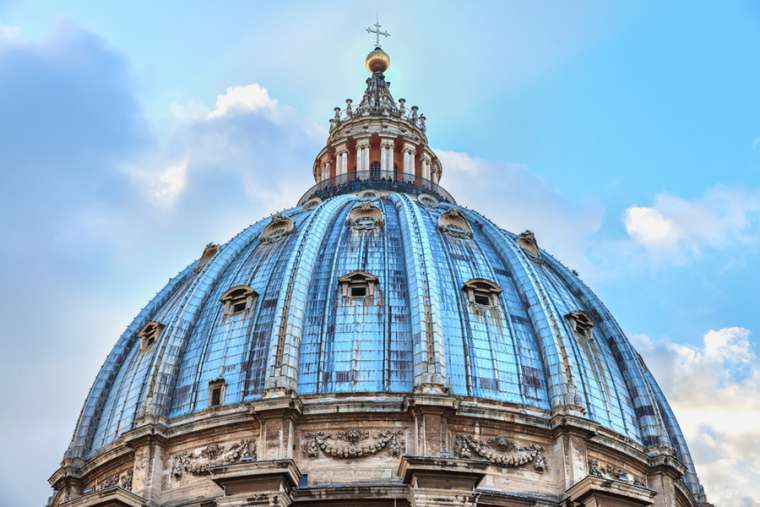 Vatican: Baptisms administered ‘in name of the community’ are invalid

The Vatican’s doctrinal office issued Thursday a clarification on the sacrament of baptism, stating changes to the formula to emphasize community participation are not permitted.

The Congregation for the Doctrine of the Faith responded to a question about whether it would be valid to administer the sacrament of baptism saying “We baptize you in the name of the Father and of the Son and of the Holy Spirit.”

The formula for baptism, according to the Catholic Church, is “I baptize you in the name of the Father and of the Son and of the Holy Spirit.”

The CDF ruled Aug. 6 any baptisms administered with the formula “we baptize” are invalid and anyone for whom the sacrament was celebrated with this formula must be baptized in forma absoluta, meaning the person should be considered as not yet having received the sacrament.

A doctrinal note from the CDF Aug. 6 said “with debatable pastoral motives, here resurfaces the ancient temptation to substitute for the formula handed down by Tradition other texts judged more suitable.”

Quoting the Second Vatican Council documentSacrosanctum Concilium, the note clarified that “no one, ‘even if he be a priest, may add, remove, or change anything in the liturgy on his own authority.’”

The reason for this, the CDF explained, is that when a minister administers the sacrament of baptism, “it is really Christ Himself who baptizes.”

The sacraments were instituted by Jesus Christ, and “are entrusted to the Church to be preserved by her,” the congregation stated.

“When celebrating a Sacrament,” it continued, “the Church in fact functions as the Body that acts inseparably from its Head, since it is Christ the Head who acts in the ecclesial Body generated by him in the Paschal mystery.”

“It is therefore understandable that in the course of the centuries the Church has safeguarded the form of the celebration of the Sacraments, above all in those elements to which Scripture attests and that make it possible to recognize with absolute clarity the gesture of Christ in the ritual action of the Church,” the Vatican clarified.

According to the CDF, the “deliberate modification of the sacramental formula” to use “we” instead of “I” appears to have been done “to express the participation of the family and of those present, and to avoid the idea of the concentration of a sacred power in the priest to the detriment of the parents and the community.”

In a footnote, the CDF note explained that in reality, the Church’s Rite of Baptism of Children already includes active roles for the parents, godparents, and the entire community in the celebration.

According to the provisions laid out inSacrosanctum Concilium, “each person, minister or layman, who has an office to perform, should do all of, but only, those parts which pertain to his office by the nature of the rite and the principles of liturgy.”

The minister of the sacrament of baptism, whether a priest or lay person, is “the sign-presence of Him who gathers, and is at the same time the locus of the communion of every liturgical assembly with the whole Church,” the explanatory note said.

“In other words the minister is the visible sign that the Sacrament is not subject to an arbitrary action of individuals or of the community, and that it pertains to the Universal Church.”

‘No One Has Experienced This’ in L...

5 Reasons Why the Transfiguration...