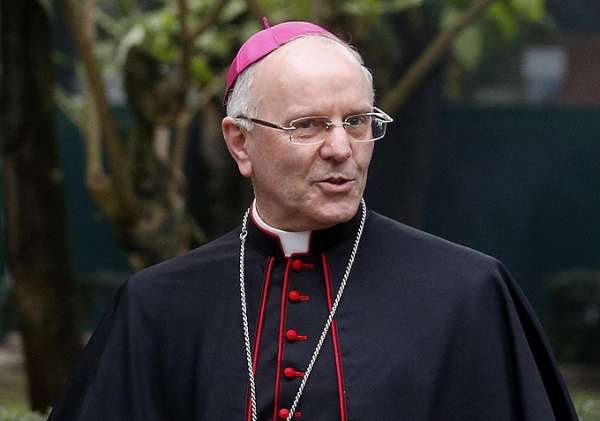 Vatican City, Nov 19, 2020 / 07:30 am (CNA).- A Vatican bishop said this week that a committee of outside professionals is being created to help keep Holy See investments both ethical and profitable.

Bishop Nunzio Galantino, president of the Administration of the Patrimony of the Apostolic See (APSA), said Nov. 19 that statutes for a new “Investment Committee” were waiting to be approved.

The committee of “high-profile external professionals” will work with the Council for the Economy and the Secretariat for the Economy to “guarantee the ethical nature of investments, inspired by the social doctrine of the Church, and at the same time, their profitability,” Galantino told the Italian magazine Famiglia Cristiana.

Earlier this month, Pope Francis asked that investment funds be moved out of the Secretariat of State and into APSA, Galantino’s office.

APSA, which functions as the Holy See’s treasury and sovereign wealth manager, administers payroll and operating expenses for Vatican City. It also oversees its own investments. It is now in the process of taking over the financial funds and real estate assets which were, until now, administered by the Secretariat of State.

The 72-year-old Galantino said in the interview that the Vatican’s new law on the awarding of contracts was “an important step forward, then. But that is not all.”

“Transparency, fairness and oversight stop being meaningless words or reassuring proclamations only when they walk on the legs of honest, capable women and men who truly love the Church,” he said.

Galantino has led APSA since 2018. In October this year, he was forced to deny claims that the Holy See was heading for financial “collapse.”

“There is no threat of collapse or default here. There is only the need for a spending review. And that is what we’re doing. I can prove it to you with numbers,” he said, after a book alleged that the Vatican might soon be unable to meet its ordinary operating expenses.

In an Oct. 31 interview with the Italian newsaper Avvenire, Galantino said that the Holy See did not use money from Peter’s Pence or the pope’s discretionary fund to cover its losses in the controversial purchase of a London building, but that the sum came from the Secretariat of State’s reserves.

No “plundering” of accounts intended for charitable purposes had taken place, he insisted.

Galantino said that “independent estimates” put the losses at 66-150 million pounds ($85-194 million) and he acknowledged that “errors” had contributed to the Vatican’s losses.

“It will be up to the [Vatican] court to decide whether it was a matter of errors, imprudence, fraudulent actions, or something else. And it will be for the same court to tell us if and how much can be recovered,” he said.