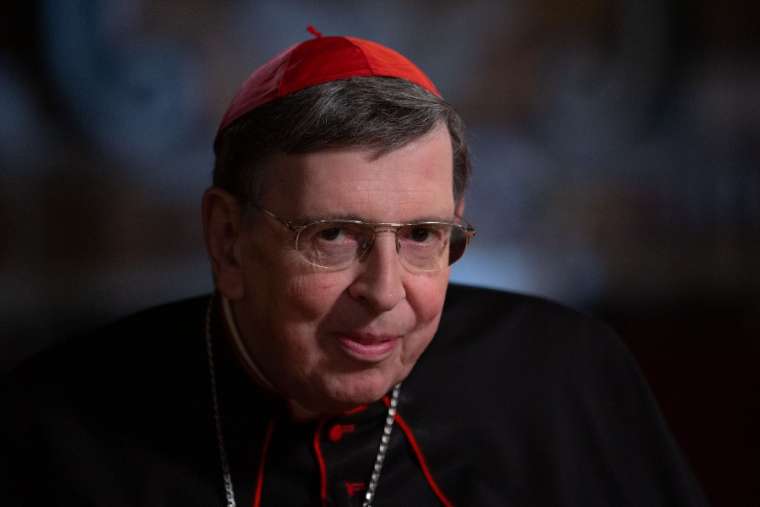 A Vatican cardinal said Tuesday that Pope Francis has expressed concern about the Church in Germany.

Cardinal Kurt Koch, president of the Pontifical Council for Promoting Christian Unity,toldthe magazine Herder Korrespondenz Sept. 22 that he believed the pope backed aninterventionby the Vatican’s doctrinal office in a debate over intercommunion between Catholics and Protestants.

The Congregation for the Doctrine of the Faith (CDF) wrote last week to Bishop Georg Bätzing, president of the German bishops’ conference, saying that a proposal for a “Eucharistic meal fellowship” would harm relations with Orthodox Churches.

Asked if the pope personally approved the CDF letter, dated Sept. 18, Koch said: “There is no mention of this in the text. But the prefect of the Congregation for the Doctrine of the Faith, Cardinal Ladaria, is a very honest and loyal person. I cannot imagine that he would do anything that Pope Francis would not approve of. But I have also heard from other sources that the pope has expressed his concern in personal conversations.”

The cardinal clarified that he was not referring simply to the question of intercommunion.

“Not only, but about the situation of the Church in Germany in general,” he said, noting that Pope Francis addressed a longletterto German Catholics in June 2019.

The Swiss cardinal praised the CDF’s critique of the document“Together at the Lord’s Table,”issued by the Ecumenical Study Group of Protestant and Catholic Theologians (ÖAK) in September 2019.

The 57-page text advocated “reciprocal Eucharistic hospitality” between Catholics and Protestants, based on previous ecumenical agreements on the Eucharist and ministry.

The ÖAK adopted the document under the co-chairmanship of Bätzing and the retired Lutheran Bishop Martin Hein.

Bätzing announced recently that the text’s recommendations would be put into practice at the Ecumenical Church Congress in Frankfurt in May 2021.

Koch described the CDF’s critique as “very serious” and “factual.”

He noted that the Pontifical Council for Promoting Christian Unity had been involved with discussions about the CDF letter and that he had personally raised concerns about the ÖAK document with Bätzing.

“Those appear not to have convinced him,” he said.

When Bätzing was asked about Koch’s comments, he said that he had not had an opportunity to read the interview. But he commented that the CDF’s “critical remarks” would have to be “weighed up” in the coming days.

“We want to remove blockages so that the Church has a chance to evangelize in the secular world in which we move,” he said.

Koch told Herder Korrespondenz that the German bishops could not continue as before after the CDF intervention.

“If the German bishops were to rate such a letter from the Congregation for the Doctrine of the Faith less highly than a document from an ecumenical working group, then something would no longer be right in the hierarchy of criteria among the bishops,” he said.