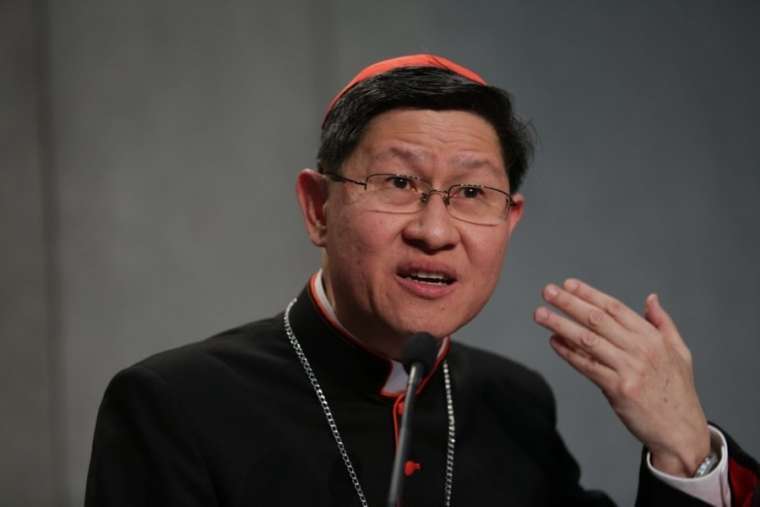 Tagle overcame the virus13 days after testing positive for COVID-19,reportedCBCP News, which is overseen by the media office of the Catholic Bishops’Conference of the Philippines, Sept. 23.

The news service said that the cardinal’s recovery was announced by the Pontificio Collegio Filippino in Rome. It quotedthe rector, Fr. Gregory Gaston, as saying that the news was “a great joy for the whole Church.”

“God wants him to continue serving in the Vatican’s office for the Missions, to bring God’s Good News of love, joy, peace, justice, forgiveness and reconciliation –all of which the world needs in a special way these days,” he said.

The 63-year-old cardinal tested positive for coronavirus Sept. 10, but was asymptomatic.

The Vatican confirmed Sept. 11 that the Filipino cardinal was swabbed and tested positive for COVID-19 after flying from Rome toManila.

Tagle “has no symptoms and will remain in isolation in the Philippines, where he is,” Matteo Bruni, director of the Holy See press office, told CNA.

Tagle is the archbishop emeritus of Manila and the current president of Caritas Internationalis, a global Catholic charity network.

CBCP News said that Tagle hadbeen stayingat the Pontificio Collegio Filippino since he arrived in Rome in February to take uphis new role as prefect of the Congregation for the Evangelization of Peoples.After his positive test, more than 30 priests and staff at the college went into quarantine as a precautionary measure. All of them tested negative for COVID-19.

Tagle wasthe first known Vatican department head to have tested positive for the coronavirus. He was the second Rome-based cardinal to test positive after Rome’s vicar general, Cardinal Angelo De Donatis, was hospitalized for COVID-19 in March. De Donatis hasmade a full recovery.