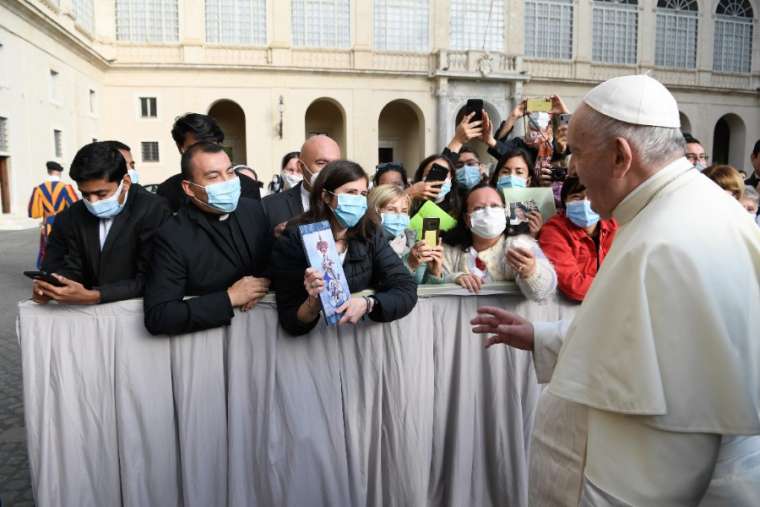 Face coverings must be worn outdoors within the territory of Vatican City State to prevent the spread of the coronavirus, a Vatican official announced Tuesday.

In a Oct. 6 letter to Vatican department heads, Bishop Fernando Vérgez, Secretary General of the Governorate of Vatican City State, said that masks should be worn “in the open air and in all workplaces where distance cannot always be guaranteed.”

Vérgez added that the new rules applied also to extraterritorial properties in Rome which are located outside Vatican City.

“In all environments this standard must be constantly respected,” he wrote, strongly recommending that all other measures to restrict the virus also be observed.

The move follows the introduction of a new ordinance in the Lazio region, which includes Rome, making face coverings mandatory outdoors from Oct. 3, with fines of almost $500 for those who fail to comply. The measure applies 24 hours a day, with exceptions for children under the age of six, people with disabilities, and those engaged in exercise.

As of Oct. 5 there were 8,142 people positive for COVID-19 in Lazio, which also has the highest current number of ICU patients out of all the regions in Italy.

The new rules are expected to be extended throughout Italy from Oct. 7.

Pope Francis was photographed wearing a face covering for the first time when he arrived for his general audience Sept. 9. But he took the mask off as soon as he stepped outside the car that dropped him off.

Other Vatican officials, such as Cardinal Pietro Parolin and Cardinal Peter Turkson, have been pictured frequently wearing masks.

On Sunday, Bishop Giovanni D’Alise of Caserta, in southern Italy, became the latest Catholic bishop to die of COVID-19.

At least 13 other bishops are believed to have died from the coronavirus, which has killed more than a million people worldwide. TheyincludeArchbishop Oscar Cruz, former president of the Philippines bishops’ conference, BrazilianBishop Henrique Soares da Costa, and EnglishBishop Vincent Malone.

D’Alise,72,died Oct. 4, a few days after being admitted to hospital after contracting the coronavirus.

“I express, on behalf of the Italian episcopate, my closeness to the Church of Caserta in this moment of sorrow at the death of Bishop Giovanni,” he said.