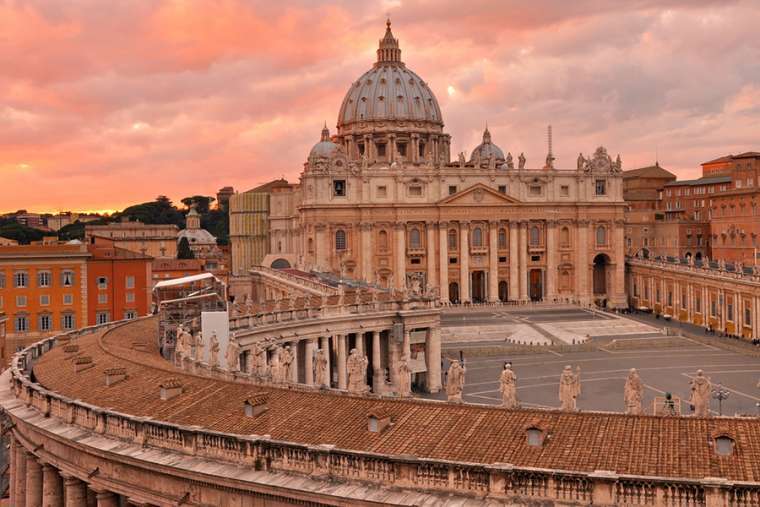 The Vatican confirmed Friday that World Mission Sunday will take place as scheduled Oct. 18, underlining the importance of evangelization and support for the Church’s mission territories amid the pandemic.

“The missionary energy of the people of God remains preeminent. Faith, in fact, by its nature is missionary and the celebration of World Mission Day serves to keep alive in all the faithful this essential dimension of the Christian faith,” the Vatican Congregation for the Evangelization of Peoples said in a statement Aug. 28.

“Furthermore, the Congregation for the Evangelization of Peoples entrusts itself to the sense of communion and co-responsibility withthe bishops with regard to the day’s collection in support of the Pontifical Mission Societies, which work in a universal context for an equitable support of the churches in the mission territories.”

World Mission Sunday — also known as World Mission Day — is celebrated annually on the next-to-last Sunday in October. This year it falls on Oct.18. The day is marked by a collection for the Pontifical Mission Societies, a group of Catholic missionary societies under the jurisdiction of the pope.

Several worldwide Catholic collections were postponed this year due to the suspension of public Masses in many parts of the world amid the coronavirus pandemic.

The Lenten Holy Land collection — typically taken up in churches on Good Friday — was moved to Sept.13 after many churches around the world were closed for the Triduum in 2020. The date of Sept. 13 was chosen for the collection because it is near the Sept. 14 feast of the Exaltation of the Cross.

The Church’s annual collection for the Holy Land goes toward the maintenance and upkeep of the holy sites, as well as supporting the lives of Christians in the Holy Land.

Most of the collection is administered by the Franciscan Custody of the Holy Land, which is among the oldest and largest Catholic institutions in the Holy Land. The province was founded by St. Francis of Assisi in 1217, just eight years after he founded the Franciscan order.

The Congregation for Eastern Churches also uses a percentage of the Good Friday Collection to support the formation of candidates for the priesthood in the Middle East.

Pope Francis postponed this year’s Peter’s Pence collection until Oct. 4, the feast of St. Francis. Peter’s Pence is the papal charitable fund supported by annual donation appeals in Catholic parishes around the world.

Like many parts of the world, the Vatican has had to confront the economic consequences of the coronavirus pandemic. It lost millions of dollars in revenue with the closure of the Vatican Museums for more than seven weeks. The Vatican Museums generated around $87 million annually as of 2015, half of which was surplus revenue for Vatican City, according to the Economist.

Projects funded by Peter’s Pence have included $500,000 to assist migrants from Guatemala, Honduras, and El Salvador stranded in Mexico and 100,000 euros($119,000) in aid after flooding in Iran, according to its website.

In his message for the 2020 World Mission Day, released on Pentecost Sunday, the pope invited people to discern their mission within the Church.

“Let us ask ourselves: are we prepared to welcome the presence of the Holy Spirit in our lives, to listen to the call to mission, whether in our life as married couples or as consecrated persons or those called to the ordained ministry, and in all the everyday events of life?” he said.

“Are we willing to be sent forth at any time or place to witness to our faith in God the merciful Father, to proclaim the Gospel of salvation in Jesus Christ, to share the divine life of the Holy Spirit by building up the Church? Are we, like Mary, the Mother of Jesus, ready to be completely at the service of God’s will?”

The pope also said that the suffering caused by the pandemic should spur Catholics to serve God and their neighbor.

He said: “In this year marked by the suffering and challenges created by the COVID-19 pandemic, the missionary journey of the whole Church continues in light of the words found in the account of the calling of the prophet Isaiah: ‘Here am I, send me.’ This is the ever new response to the Lord’s question: ‘Whom shall I send?’”

“This invitation from God’s merciful heart challenges both the Church and humanity as a whole in the current world crisis.”

Analysis: Is Vatican silence on Ch... 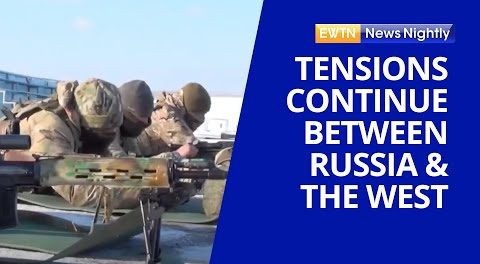