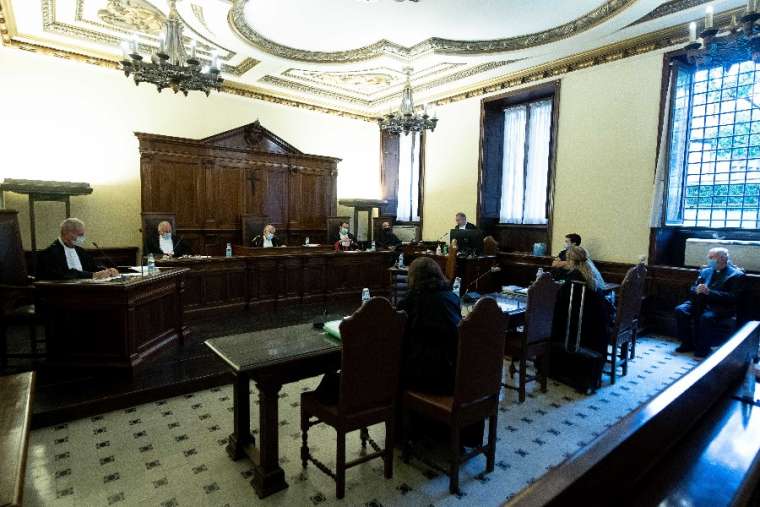 At the first hearing of an abuse trial Wednesday, the Vatican’s criminal court heard the charges against two Italian priests, one accused of using violence and his authority to commit sexual abusefora number of years, and the second accused of impeding investigations into the abuse.

Fr. Gabriele Martinelli, 28, and Fr. Enrico Radice, 72, were present in the Vatican courtroom for the eight-minute hearing Oct. 14, accompanied by their lawyers.Neither man has publicly addressedthe allegations.

The next hearing, which will include the questioning of the two defendants, will take place Oct. 27, after being postponed “due to the commitments of this tribunal for an already advanced trial,” according to court presidentGiuseppe Pignatone.

Pignatone said that the defense haduntil Friday to present more documentation, and that he would give his answer about the evidence admitted at the Oct. 27 hearing.

The alleged abuse is said to have taken place from 2007 to 2012 at different times and places in Vatican City State. At the time, Martinelli was an alumnus of the St. Pius X pre-seminary, a residence for about a dozen boys aged12 to 18, who serve atpapal Masses and other liturgies in St. Peter’s Basilica, and are thinking about the priesthood.

L.G. was born in 1993 and was 13 at the time the alleged abuse began, turning 18 about a year before the abuse ended.

Martinelli, who is a year older than L.G., was ordained a priest for the Diocese of Como, Italy, in 2017.

Fr. Enrico Radice was the youth seminary’s rector for 12 years. He is accused, as rector, of having helped Martinelli “evade investigations, after crimes of sexual assault and lechery.”

Radice is accused of sending a letter on Oct. 3, 2013, to the bishop of Como, Diego Attilio Coletti, contradicting a complaint by the alleged victim, L.G., against Martinelli, and speaking of a “fumus persecutionis,” a Latin expression meaning a “suspicion of persecution.”

He is also accused of later impersonating the bishop in a letter using the diocesan letterhead to announce the “imminent” priestly ordination of Martinelli.

Kamil Jarzembowski, another former student of the youth seminary, accused Martinelli of abusing L.G. in 2014, claiming to be an eyewitness. Jarzembowski was dismissed from the seminary and Martinelli was ordained a priest.

Italian journalists later uncovered, and reported on, the allegations in 2017.

In September 2019, the Vatican’s Promoter of Justicerequestedthe indictment of the two accused men.

The St. Pius X pre-seminary is run by a Como-based religious group, the Opera Don Folci.

Amid scandal, these Louisiana Cath...