Vatican-funded projects in Latin America to focus on coronavirus 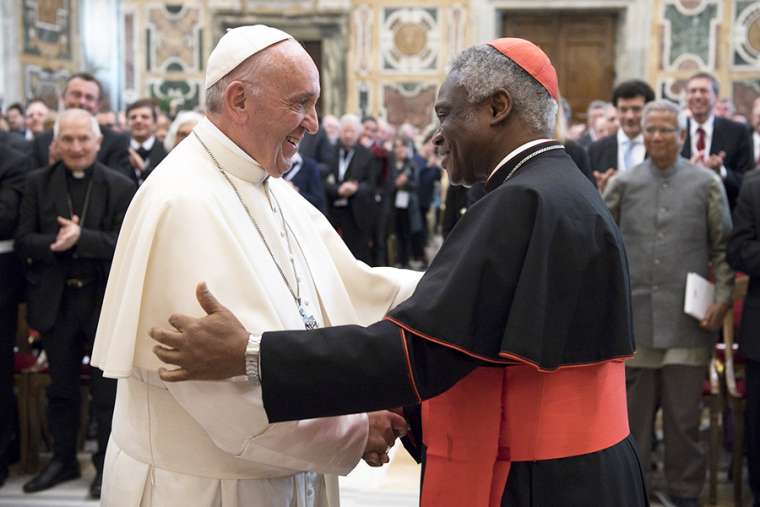 Vatican-funded projects in Latin America to focus on coronavirus

A Vatican foundation for Latin America will fund 168 projects in 23 countries, with most projects focusing on the effects the coronavirus pandemic has had in the area.

According to a press release, 138 of the social projects of the Populorum Progressio Foundation this year will be aimed at helping to mitigate the short and medium term effects of COVID-19 in communities in Latin America.

An additional 30 food aid projects, requested by Pope Francis, are already in operation and being organized in collaboration with the Vatican’s COVID-19 commission.

The foundation’s board of directors met in virtual meetings July 29 and 30 to approve all of the projects.

“In the face of this crisis of global proportions that we are experiencing, these projects are intended to be a tangible sign of the Pope’s charity, as well as an appeal to all Christians and people of good will to practice the virtue of charity and solidarity ever better, ensuring that during this pandemic ‘no one is left behind,’ as the Holy Father Pope Francis has asked,” the press release said.

The Populorum Progressio Foundation for Latin America and the Caribbean was established by St. John Paul II in 1992 “to help the poor campesinos and to promote agrarian reform, social justice and peace in Latin America.”

John Paul II founded the charitable institution during the fifth centenary of the beginning of the evangelization of the American continent.

In his founding letter, he said the charity “is to be a gesture of the loving solidarity of the Church towards the most abandoned and those most in need of protection, such as the indigenous peoples, peoples of mixed racial backgrounds, and Afro-Americans.”

“The Foundation is aimed towards collaborating with all those who, conscious of the suffering condition of the Latin American peoples, wish to contribute to their integral development, according to a just and appropriate application of the social teaching of the Church,” the pope wrote in 1992.

The Dicastery for Promoting Integral Human Development oversees the foundation. Its president is Cardinal Peter Turkson. It receives substantial support from the Italian bishops.

The foundation’s operations secretariat is located in Bogota, Colombia.

Knights of Columbus prepare for fi...