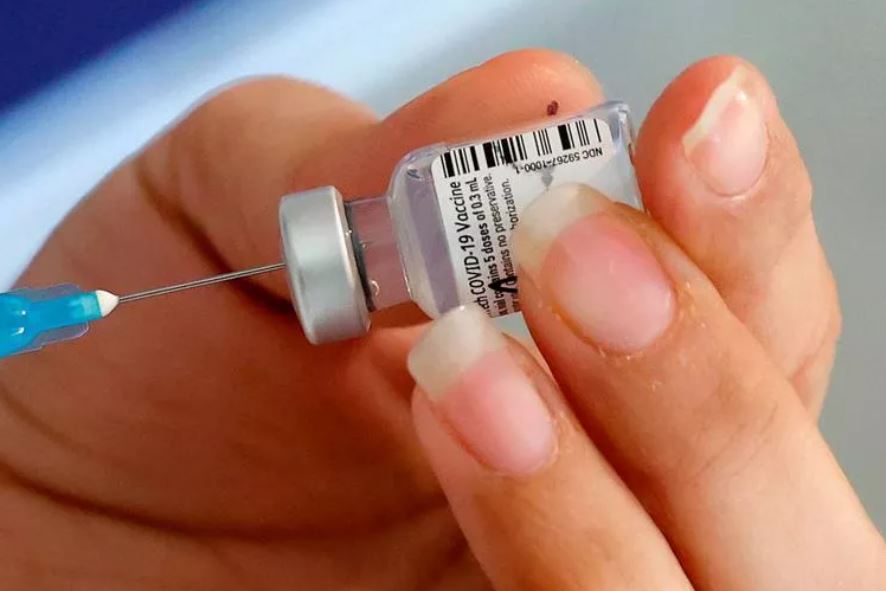 Congregation for the Doctrine of the Faith says that, while in no way endorsing vaccines derived from aborted fetuses, they are “morally licit” because “the procured abortion from which these cell lines originate is, on the part of those making use of the resulting vaccines, remote.”

VATICAN CITY — The Congregation for the Doctrine of the Faith issued the following note on Dec. 21 after “diverse and sometimes conflicting pronouncements in the mass media by bishops, Catholic associations, and experts” had “raised questions about the morality of the use of these vaccines.”

Note on the morality of using some anti-Covid-19 vaccines

The question of the use of vaccines, in general, is often at the center of controversy in the forum of public opinion. In recent months, this Congregation has received several requests for guidance regarding the use of vaccines against the SARS-CoV-2 virus that causes Covid-19, which, in the course of research and production, employed cell lines drawn from tissue obtained from two abortions that occurred in the last century. At the same time, diverse and sometimes conflicting pronouncements in the mass media by bishops, Catholic associations, and experts have raised questions about the morality of the use of these vaccines.

There is already an important pronouncement of the Pontifical Academy for Life on this issue, entitled “Moral reflections on vaccines prepared from cells derived from aborted human fetuses” (5 June 2005). Further, this Congregation expressed itself on the matter with the Instruction Dignitas Personae (September 8, 2008, cf. nn. 34 and 35). In 2017, the Pontifical Academy for Life returned to the topic with a Note. These documents already offer some general directive criteria.

Since the first vaccines against Covid-19 are already available for distribution and administration in various countries, this Congregation desires to offer some indications for clarification of this matter. We do not intend to judge the safety and efficacy of these vaccines, although ethically relevant and necessary, as this evaluation is the responsibility of biomedical researchers and drug agencies. Here, our objective is only to consider the moral aspects of the use of the vaccines against Covid-19 that have been developed from cell lines derived from tissues obtained from two fetuses that were not spontaneously aborted.

1. As the Instruction Dignitas Personae states, in cases where cells from aborted fetuses are employed to create cell lines for use in scientific research, “there exist differing degrees of responsibility”[1] of cooperation in evil. For example, “in organizations where cell lines of illicit origin are being utilized, the responsibility of those who make the decision to use them is not the same as that of those who have no voice in such a decision”.[2]

2. In this sense, when ethically irreproachable Covid-19 vaccines are not available (e.g. in countries where vaccines without ethical problems are not made available to physicians and patients, or where their distribution is more difficult due to special storage and transport conditions, or when various types of vaccines are distributed in the same country but health authorities do not allow citizens to choose the vaccine with which to be inoculated) it is morally acceptable to receive Covid- 19 vaccines that have used cell lines from aborted fetuses in their research and production process.

3. The fundamental reason for considering the use of these vaccines morally licit is that the kind of cooperation in evil (passive material cooperation) in the procured abortion from which these cell lines originate is, on the part of those making use of the resulting vaccines, remote. The moral duty to avoid such passive material cooperation is not obligatory if there is a grave danger, such as the otherwise uncontainable spread of a serious pathological agent[3]–in this case, the pandemic spread of the SARS-CoV-2 virus that causes Covid-19. It must therefore be considered that, in such a case, all vaccinations recognized as clinically safe and effective can be used in good conscience with the certain knowledge that the use of such vaccines does not constitute formal cooperation with the abortion from which the cells used in production of the vaccines derive. It should be emphasized, however, that the morally licit use of these types of vaccines, in the particular conditions that make it so, does not in itself constitute a legitimation, even indirect, of the practice of abortion, and necessarily assumes the opposition to this practice by those who make use of these vaccines.

4. In fact, the licit use of such vaccines does not and should not in any way imply that there is a moral endorsement of the use of cell lines proceeding from aborted fetuses.[4] Both pharmaceutical companies and governmental health agencies are therefore encouraged to produce, approve, distribute and offer ethically acceptable vaccines that do not create problems of conscience for either health care providers or the people to be vaccinated.

5. At the same time, practical reason makes evident that vaccination is not, as a rule, a moral obligation and that, therefore, it must be voluntary. In any case, from the ethical point of view, the morality of vaccination depends not only on the duty to protect one’s own health, but also on the duty to pursue the common good. In the absence of other means to stop or even prevent the epidemic, the common good may recommend vaccination, especially to protect the weakest and most exposed. Those who, however, for reasons of conscience, refuse vaccines produced with cell lines from aborted fetuses, must do their utmost to avoid, by other prophylactic means and appropriate behavior, becoming vehicles for the transmission of the infectious agent. In particular, they must avoid any risk to the health of those who cannot be vaccinated for medical or other reasons, and who are the most vulnerable.

6. Finally, there is also a moral imperative for the pharmaceutical industry, governments and international organizations to ensure that vaccines, which are effective and safe from a medical point of view, as well as ethically acceptable, are also accessible to the poorest countries in a manner that is not costly for them. The lack of access to vaccines, otherwise, would become another sign of discrimination and injustice that condemns poor countries to continue living in health, economic and social poverty.[5]

The Sovereign Pontiff Francis, at the Audience granted to the undersigned Prefect of the Congregation for the Doctrine of the Faith, on 17 December 2020, examined the present Note and ordered its publication.

Rome, from the Offices of the Congregation for the Doctrine of the Faith, on 21 December 2020, Liturgical Memorial of Saint Peter Canisius.

[1] Congregation for the Doctrine of the Faith, Instruction Dignitas Personae (8th December 2008), n. 35; AAS (100), 884. [2] Ibid, 885. [3] Cfr. Pontifical Academy for Life, “Moral reflections on vaccines prepared from cells derived from aborted human foetuses”, 5th June 2005. [4] Congregation for the Doctrine of the Faith, Instruct. Dignitas Personae, n. 35: “When the illicit action is endorsed by the laws which regulate healthcare and scientific research, it is necessary to distance oneself from the evil aspects of that system in order not to give the impression of a certain toleration or tacit acceptance of actions which are gravely unjust. Any appearance of acceptance would in fact contribute to the growing indifference to, if not the approval of, such actions in certain medical and political circles”.
[5] Cfr. Francis, Address to the members of the “Banco Farmaceutico” foundation, 19 September 2020.
[Original text: Italian]
Share With:
Previous Article

The Holy Family Teaches Us That Lo...

How to Object to an Abortion-Taint...