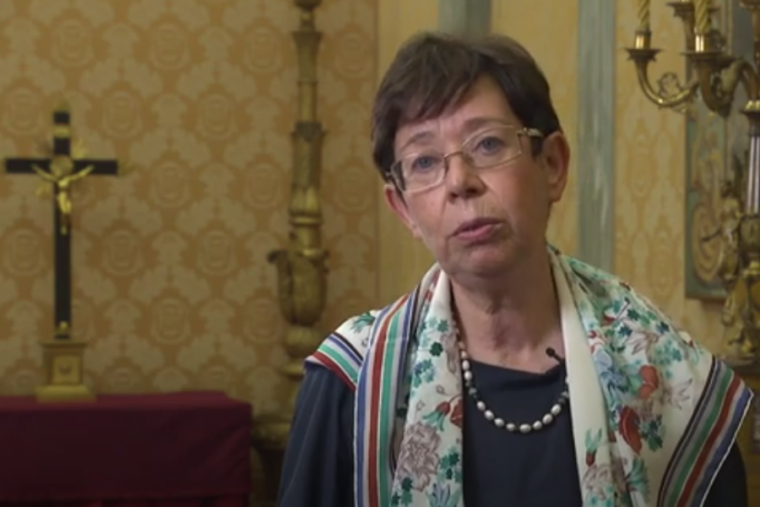 A Vatican official told the United Nations Thursday that resources that could be invested in basic healthcare, nutrition, and sanitation for impoverished women are instead allotted to “sexual and reproductive health” and “so-called new rights.”

“Women deserve better,” Francesca DiGiovanni, an undersecretary for multilateral affairs in the Vatican Secretariat of State,toldthe high-level UN meeting on the 25th anniversary of the Beijing conference on women Oct. 1.

“Hundreds of millions of women and children lack basic health care and adequate nutrition and sanitation. Rather than investing resources to remedy those deficiencies and improve the overall health and wellbeing of women, some have overemphasized certain aspects of a women’s sexual and reproductive health, including the suppression of their capacity for motherhood,” she said.

“Others are constantly seeking recognition of so-called new rights, which are not found in the mandate of the Fourth World Conference nor in international human rights treaties.”

The representative for the Holy See said that women’s health “must be cared for in a more holistic way, in particular, in those situations of emergency, where what sometimes is considered an ‘immediate solution’ actually involves further violence, isolation and despair.”

DiGiovanni is the first woman to serve in a managerial position in the Vatican Secretariat of State. She has a law degree and has worked as an official in the Vatican Section for Relations with States for more than 25 years, with specialties including humanitarian law, communications, migrants and refugees, and the status of women.

Addressing the UN meeting marking the 25th anniversary of the Fourth World Conference on Women, DiGiovanni recalled the Holy See’s active contribution to the conference held in Beijing in 1995.

Pope John Paul II released hisLetter to Womenon the eve of the Beijing conference. The Polishpope wrote that he wanted to “speak directly to every woman” and to “consider the essential issue of the dignity and rights of women, as seen in the light of the word of God.”

At the time of the Beijing conference, Hillary Clinton led the American delegation that advocated for an explicit international right to abortion, with Clinton coiningthe phrase “women’s rights are human rights and human rights are women’s rights.” The slogan became a rallying cry for supporters ofabortion, buta coalition including the Holy See and other states defeated the abortion provision in 1995.

“Over the past quarter century, while the world has witnessed many great advances for women, we have also seen the diffusion of what Pope Francis calls a ‘throwaway culture,’ which has brought new forms of poverty and exploitation to many women, as well as new threats to their life and dignity,” DiGiovanni said.

“Women and girls continue to suffer from the widespread hedonistic and commercial culture that reduces them to sex objects and their bodies to consumer products, as happens in pornography, surrogacy, and human trafficking,” she said.

The Holy See representative discussed the importance of lifting women out of poverty, educating girls, investing in basic health care, and combatting violence against women.

“The Holy See … remains a steadfast promoter of the dignity of women, based fundamentally on the recognition that the dignity of every human being, man or woman, is the foundation of the concept of universal human rights,” DiGiovanni said.