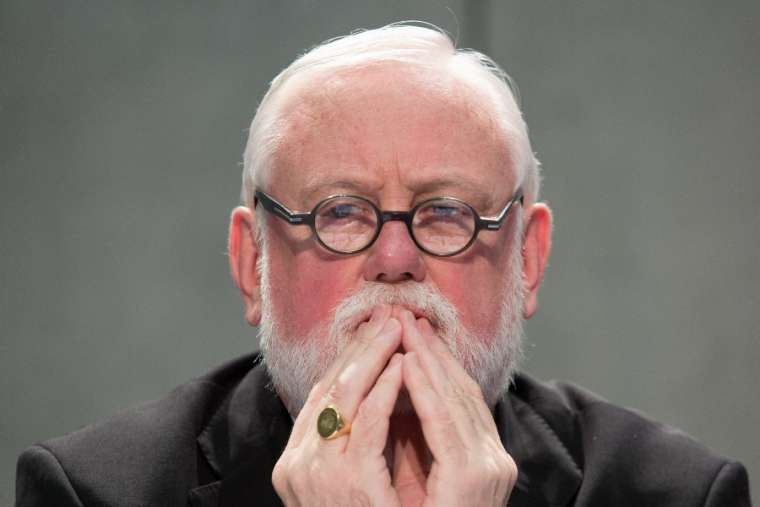 A senior Vatican official arrived in Belarus for talks Friday after the leader of the country’s Catholic Church was barred from returning to his homeland.

The visit of the Vatican’s Secretary for Relations with States would include a meeting with Vladimir Makei, the Belarusian Minister of Foreign Affairs, andend Sept. 14, the foreign ministry said.

The Vatican diplomat’s trip to Belarus comes a week after Archbishop Tadeusz Kondrusiewicz of Minsk-Mohilev was denied entry to his homeland. Kondrusiewicz, a Belarusian citizen, wasturned back without explanationby border guards when he attempted to return to Belarus Aug. 31 following a trip to Poland.

Kondrusiewicz, the president of the country’s Catholic bishops’conference,had spoken out in defense of protesters after they were targeted by police following the election in which the incumbent, Alexander Lukashenko, claimed victory with 80% of the vote.

The archbishopdemanded an investigationon Aug. 27 into reports that riot police blocked the doors of a Catholic church in the capital, Minsk, while clearing away protesters from a nearby square. Earlier he hadprayed outside of a prisonwhere detained protesters were reported to have been tortured.

This week it emerged that a Sunday morning Mass broadcast from the Cathedral of the Holy Name of Mary in Minsk wastaken off the airwavesof the largest nationwide radio channel in Belarus.

Bishop Yuri Kasabutsky, an auxiliary bishop of Minsk-Mogilev archdiocese, said that the sudden cessation of the broadcasts showed that the authorities were attempting to “put pressure” on the Catholic Church.

Since the election, opposition leaders have been exiled or detained.

Sviatlana Tsikhanouskaya, who challenged Lukashenko for the presidency, complained to electoral officials after they said she had won just 10% of the vote. Fearing imprisonment, she fled to neighboring Lithuania.

On Sept. 8, Maria Kolesnikova, another high-profile opposition figure, was held by the authorities after reportedly resisting efforts to deport her to Ukraine.

A day later, Maxim Znak, a prominent opposition leader, was detained by masked men in plain clothes, reported the BBC.

Catholics, who are the second largest religious group in Belarus after Orthodox Christians, have been praying for Kondrusiewicz’s return to the country.

The website of the Catholic Church in Belarusreportedthat Kasabutsky would lead the Stations of the Cross at a parish in Minsk Sept. 11, to pray for an end to “the persecution of the Church in Belarus and the return of Archbishop Tadeusz Kondrusiewicz from exile.”

The decision to turn the archbishopaway at the border meant that he was unable to leada long-awaited celebration this week of the600th anniversaryof a Catholic parish inZaslawye, a city northwest of Minsk.

In a message read out at the celebrations, he said:“Even when the church was closed and atheistic propaganda said that religion was the ‘opium of the people,’its majestic sacred architecture, visible even in ruins, spoke for itself. While on the hill, the church has called, and continues to call, man to look up to God, who is the Lord of history.”