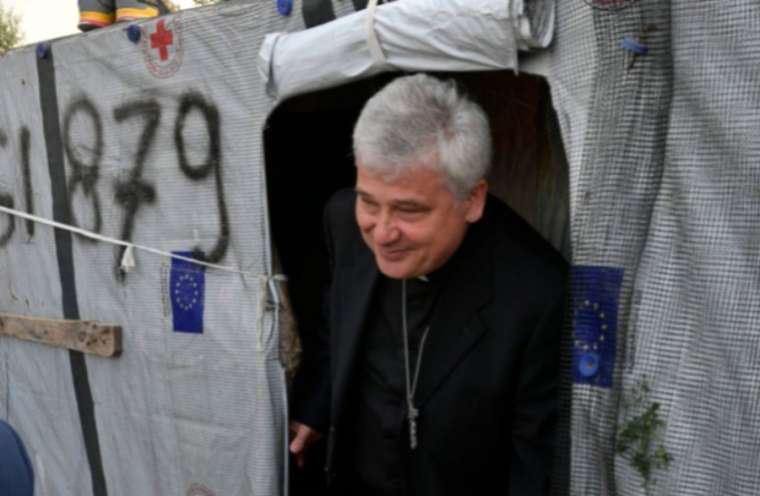 A cardinal has praised Vatican officials for their “heartfelt response” to his request for donations to those suffering amid the coronavirus crisis.

Cardinal Konrad Krajewski told CNA May 13 that some officials had given the equivalent of a month’s salary, while others had donated two months’ worth of their earnings.

He said: “There was a great response. It exceeded all of our thoughts.”

The papal almoner wrote April 6 to the cardinals, archbishops, bishops and other members of the Papal Chapel, which assists the pope during liturgical ceremonies.

The cardinal invited them to show their solidarity with those suffering during the pandemic by making an offering.

In this way, he said, they would “be united intimately and in a special way to the Pontiff, Bishop of Rome, who ‘presides over the universal communion of charity’” — a reference to the Vatican II document Lumen gentium.

Krajewski continued: “The Holy Father will then decide the destination of the alms collected for the health crisis.”

The cardinal told CNA that he had even received donations from people within the Vatican whom he hadn’t approached, among them a group of police.

“It was a heartfelt response because it was a particular moment: Holy Week during the coronavirus,” he said.

He explained that the money raised would be shared with the poor all over the world. He said that some of the funds had been used to help the needy in Romania, as well as to send ventilators to Zambia.

A report on the Italian language Vatican News website April 6 explained that Krajewski’s proposal was “addressed to the ecclesiastical superiors of the Roman Curia, i.e. the approximately 250 or so heads of departments, secretaries and other prelates: all are invited to donate a monthly salary.”