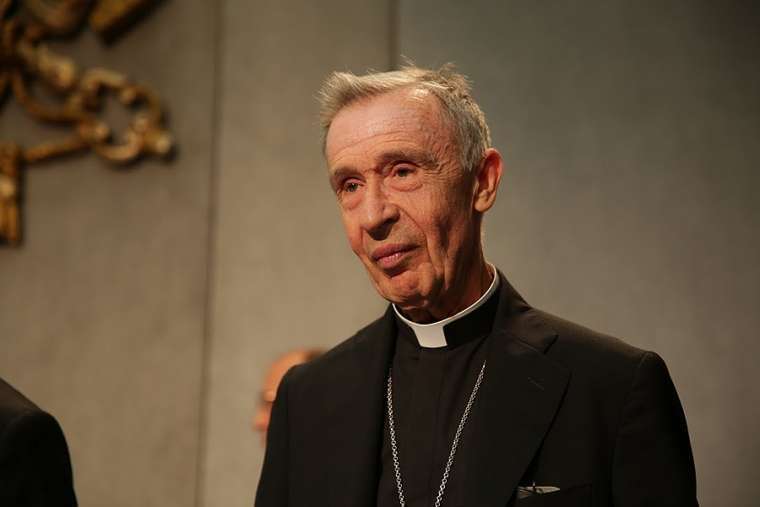 The Vatican’s Congregation for the Doctrine of the Faith (CDF) has criticized an appeal by German theologians for intercommunion between Catholics and Protestants.

In a letter to Bishop Georg Bätzing, president of the German bishops’ conference, the CDF said that the proposal did not do justice to the Catholic understanding of the Church, the Eucharist, and Holy Orders.

The letter and note, obtained by CNA, were prompted by adocumententitled “Together at the Lord’s Table,” issued by the Ecumenical Study Group of Protestant and Catholic Theologians (ÖAK) in September 2019.

The 57-page text advocated “reciprocalEucharistic hospitality” between Catholics and Protestants, based on previous ecumenical agreements on the Eucharist and ministry.

The CDF letter said: “The question of the unity of the Eucharist and the Church, in which the Eucharist presupposes and brings about unity with the communion of the Church and her faith with the pope and the bishops, is undervalued in the aforementioned document.”

“Essential theological and indispensable insights of the Eucharistic theology of the Second Vatican Council, which are widely shared with the Orthodox tradition, have unfortunately not been adequately reflected in the text.”

The CDF said that Cardinal Marc Ouellet, prefect of the Vatican Congregation for Bishops, had requested a doctrinal assessment of the document in May. It noted that the German bishops had discussed the text at their plenary meeting that month in Mainz.

It added that Bätzing announced recently that the text’s recommendations would be put into practice at the Ecumenical Church Congress in Frankfurt in May 2021.

The ÖAK was founded in 1946 to strengthenecumenical ties. It is independent of both the German Catholic bishops’ conference and the Evangelical Church in Germany (EKD), an organizationrepresenting 20 Protestant groups, but it informs both bodies about its deliberations.

“The doctrinal differences are still so important that they currently rule out reciprocal participation in the Lord’s Supper and the Eucharist,” it said.

“The document cannot therefore serve as a guide for an individual decision of conscience about approaching the Eucharist.”

The CDF added that the ÖAK text should inspire further theological discussions. But it cautioned against any steps towards intercommunion.

“However, an opening of the Catholic Church towards Eucharistic meal fellowship with the member churches of the EKD in the current state of the theological discussion would necessarily open new rifts in ecumenical dialogue with the Orthodox Churches, not only in Germany,” it said.

Trump to announce Supreme Court no...