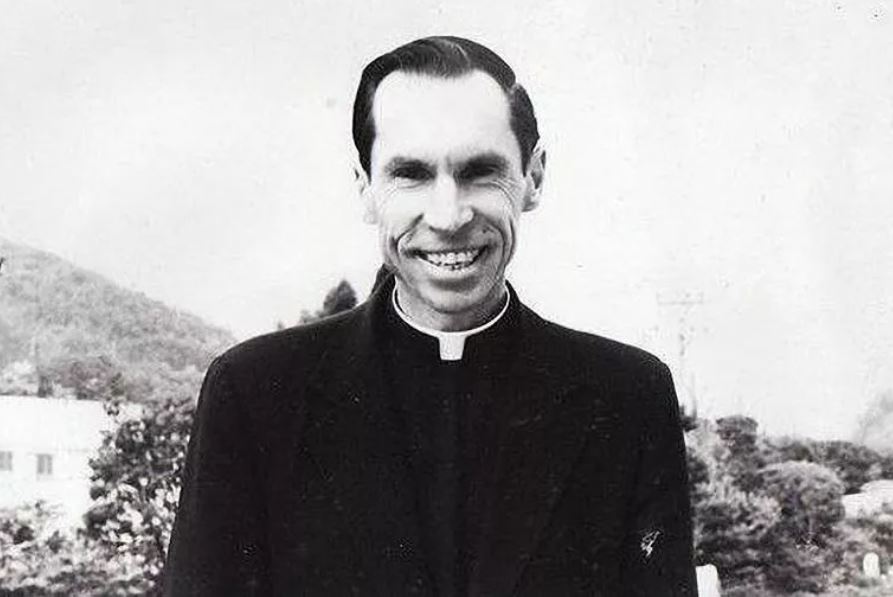 Aloysius Schwartz was more than half way through seminary, but it wasn’t going fast enough.

“Has the date been set for your wedding?” he wrote to his sister Dolores.

“When you talk about not being able to wait, I know just how you feel. Since the fourth grade in grammar school, I have been waiting to leave for the missions. And the older I get the more intense becomes this desire. It’s only natural but we learn so much by patience. It purifies everything in our selfish hearts and leaves us clean before God.”

Perhaps Father Al, as he would always be known, had first felt inspired to become a missionary while reading Boy Commandos, a comic book series about young heroes who went around the world helping the poor. It was his favorite, sent to him and his siblings by an uncle who lived in Montana. Al was the third of the seven Schwartz children, born in Washington, D.C., on Sept. 18, 1930. If not wealthy, the family was close, happy and sincerely pious. Al always said he wanted to be a priest when he grew up, so he turned down a scholarship to the local Jesuit high school and instead joined his brother Lou at the minor seminary.  Afterward, his eyes on the missions, he joined the Maryknoll Fathers and earned his bachelor’s degree from Maryknoll College.

He enjoyed his years at Maryknoll, but sometimes he found life at the seminary too comfortable for men preparing to serve as priests in poverty-stricken parts of the world. During his novitiate year, he also noticed that some of the men were being sent for higher studies and realized he could end up a teacher instead of a foreign missionary. He decided to apply to the Society of the Auxiliaries of the Missions, based in Belgium. It trained seminarians to be secular priests incardinated into poor mission dioceses around the world. He was accepted and left for the Catholic University in Louvain, Belgium, just before Christmas 1952.

If he had found the Maryknoll seminary too cozy to prepare him for life among the poor, the mediocre food, old buildings and damp climate of the Belgian seminary gave him a better introduction to harder living conditions. So did his vacations in Europe. Not being able to afford the trip back home between courses, he would hitchhike around Europe staying and working at monasteries or join Abbé Pierre among the poor “rag pickers” of Paris.

In Seoul, Father Al got his first impression of the poverty that still gripped the country four years after the Korean War had ended. The thousands upon thousands who had lost their homes or fled south now lived in slums on the edge of the city, many of them orphans. At Father Al’s final destination, Busan, 250 miles south of Seoul, the situation was much the same as in the capital.

Father Al, too, was suffering, from the food and the cold winter, though he never complained. He also had a grueling schedule, between the hours he needed to dedicate to learning the language and the demands for his ministry. Two months into his missionary life, he collapsed during Mass. The diagnosis was hepatitis A with intestinal complications. He sought treatment at various clinics in Korea and kept to a strict diet, but after more than a year of “dragging along on one cylinder,” he realized the only way to fully recover was to return to the United States. He took back with him extensive photos of the poverty he had witnessed.

He was severely disappointed to find himself back in United States, but he used his convalescence to do fundraising for his Busan, speaking at parishes around the country and displaying his photographs. He also met Gratian Meyer who helped him form a non-profit, Korean Relief, Inc., and started direct-mail fundraising, which would be the financial backbone of his work. In 1961, he returned to Korea and took over a parish in Songdo, one of the poorest areas of the diocese.

Leaving the rectory to the three Benedictine sisters who had come to help him with the parish, he built himself a shack. For three years, he lived just like his poorest parishioners, a time he considered to be very blessed. He also put an advertisement in the Catholic weekly to recruit women willing to dedicate their lives to the service of the poor. They became the Sisters of Mary who continue Father Al’s work today. In 1964, he opened the first of several orphanages and schools, the Boystowns and Girlstowns, as Father Al named them. Over the next two decades, Father Al also built or was asked to run clinics, hospitals and a center for disabled men. He expanded to Seoul, the Philippines and Mexico.

In 1989, he was diagnosed with amyotrophic lateral sclerosis (ALS), commonly known as Lou Gehrig’s disease — a fatal, degenerative condition. This cross marked his final years with patience and humility. In 1984 he had been nominated for the Nobel Peace Prize, but as he was wasting away, he told his sister he would be happy if his gravestone read, “Here lies Father Al. He tried his best for Jesus.” He died at the Girlstown in Manila on March 16, 1992, and was declared venerable by Pope Francis on Jan. 22, 2015.

Now his canonization cause seeks to identify a medical miracle through his singular intercession — an instantaneous, complete and lasting cure of a serious condition not liable to go away on its own where no medical treatment has had an effect — in order that the medical commission at the Congregation for the Causes of Saints might validate it as scientifically inexplicable and lead to his declaration as Blessed, the next step on the path to sainthood.

Bishop’s Election in the Swiss Dio...

Effort to buy and preserve Tolkien...