Ven. Henriette DeLille — ‘Full of Merit in the Eyes of God’ 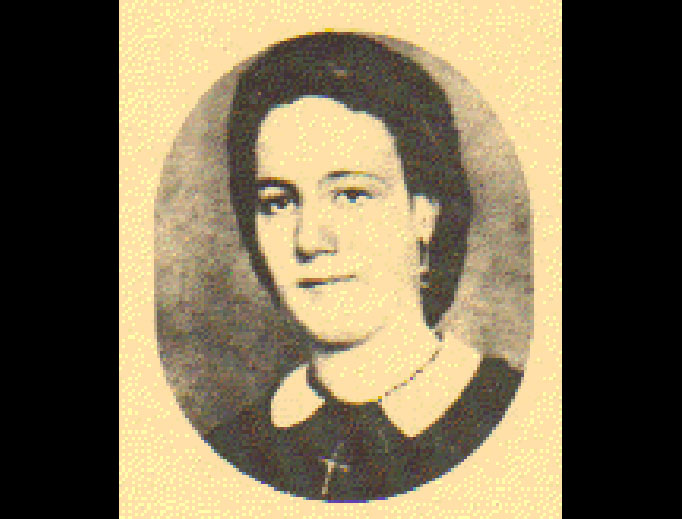 Ven. Henriette DeLille — ‘Full of Merit in the Eyes of God’

In the 1830 census, Henriette DeLille changed her identity. Though her mother, brother, and sister recorded their race as white, she told the census marshal that she was a free woman of color. In the answer to one question, she rejected the material, legal and social advantages her complexion could have bestowed on her. Instead, she put herself in solidarity with her enslaved ancestors and the other people of color she taught catechism to. She had also come to reject the plaçage system, a kind of concubine relationship between women of mixed race and wealthy white men that had brought her mother and father together.

Raised to continue in the system, she had always known she would never marry, but she now had a different reason.

When the Ursulines moved their convent to the outskirts of New Orleans, Sister Marthe Frontier, a Dame Hospitalier from France, took over the school they ran for free women of color. She would be a decisive influence on Henriette. Sister Marthe turned her most outstanding students into fellow missionaries, and Henriette and her close friends were among these privileged students. By 17 years of age, Henriette, Juliette Gaudin (a free woman of color from Cuba) and Josephine Charles were acting as godmothers for the baptisms of other colored people, including the enslaved. The three were also good friends. When Sister Marthe left New Orleans in1832, her students continued teaching and evangelizing in her spirit.

In 1834, Henriette was confirmed in the Cathedral of St. Louis. Only the most devout received this sacrament at that time in New Orleans. In the years that followed, Henriette, Juliette and Josephine’s names appear with increasing frequency in the sacramental records of New Orleans. They, along with other women, not only brought babies to the baptismal fount but also acted as witnesses for marriages. They gave catechism classes to slaves and free people of color of all ages. They acted as visiting nurses for the sick and the poor, too. Henriette had come into a small inheritance in 1835 after her mother had had a nervous breakdown and was declared incompetent. She ensured that her mother was provided for and dedicated the rest of her small fortune to her works of charity.

Henriette wanted to completely dedicate herself to God, but religious life was closed to her as a woman of color. People of different races were not allowed to live under the same roof as equals. Instead, with her lifelong friend and fellow missionary, Juliette, she began drawing up a rule to bring the women lay missionaries together in a more formal commitment. She called them the Congregation of the Sisters of the Presentation, and she described them as “a certain group of pious women founded for the purpose of nursing the sick, caring for the poor, and instructing the ignorant.” In 1836, she, Juliette, and several other women privately dedicated themselves to personal holiness and service to others as Sisters of the Presentation. That year, Henriette wrote in one of her prayer books: “I believe in God. I hope in God. I love. I want to live and die for God.”

In 1842, Henriette, Juliette and Josephine moved into a rented house to live community life and take in elderly women who needed more intense care than their visits could provide. This was the founding of the Sisters of the Holy Family, the second congregation of Black women in the United States. The women suffered severe poverty in the first years, even as their apostolate expanded. They were also noted for their care for orphans and the sick during the 1853 yellow fever epidemic. Henriette died, probably of tuberculosis, on Nov. 16, 1862.

Her obituary appeared in Le Propagateur Catholique on Nov. 22.

“There died one of those women whose obscure and retired life had nothing remarkable in the eyes of the world, but is full of merit in the eyes of God. Miss Henriette DeLille had, for long years, consecrated herself totally to God without reservation, to the instruction of the ignorant and principally to the slave… Worn out by work, she died at the age of fifty years after a long and painful illness borne with the most edifying resignation. The crowd gathered at her funeral testified by its sorrow how keenly felt was the loss of her who for the love of Jesus Christ, made herself the humble servant of the slaves.”

Curiously, in 2004, historian Benedictine Father Cyprian Davis found burial records indicating that Henriette gave birth to two sons between 1828 and 1833, and that both died before the age of 3. The historical record leaves many gaps in her early years. Whatever may have been the situation of those children and their mother, history also shows that, without a doubt, Henriette demonstrated heroic virtue from the time of her confirmation.

Henriette DeLille was declared venerable in 2010. Now her beatification cause seeks to identify one complete, instantaneous and lasting cure from a serious medical condition worked through her singular intercession in order that she might be declared Blessed.