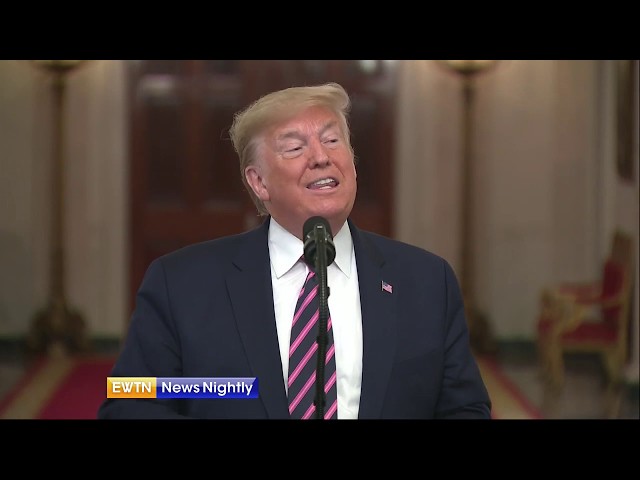 President Trump gathered Republicans at the White House to mark the end of his Senate impeachment trial. He calls it a celebration. But he also criticizes Democrats both at the White House and in remarks at the National Prayer Breakfast. White House Correspondent Mark Irons reports for EWTN News Nightly.