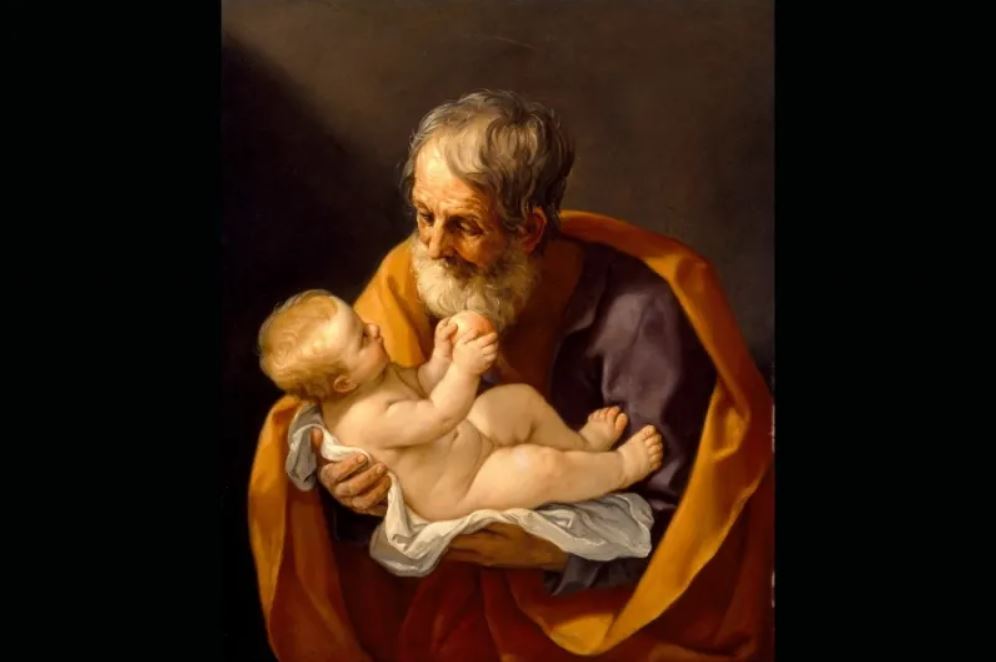 The Catholic apostolate Courage International will be focusing its upcoming annual conference on St. Joseph, under the theme “St. Joseph: Model of Courageous Love.”

Courage is an apostolate that provides pastoral support, prayer support, and fellowship for people who experience same-sex attraction. Its 34th annual conference will take place in July at Benedictine College in Atchison, Kansas.

“It is exciting that, by focusing our attention on Saint Joseph, our Courage and EnCourage apostolates will be united with the heart of the universal Church, which is celebrating the Year of Saint Joseph together in many ways,” said Fr. Philip Bochanski, executive director of Courage International, in an interview with CNA.

“Saint Joseph is a model, an encouragement, and an intercessor for our members who strive to make a sincere gift of themselves and bear much fruit as disciples,” he said.

The July 15-18 conference will include talks on a variety of topics including pastoral ministry, spirituality, and ways to support family members and loved ones who experience same-sex attraction. Participants will be able attend daily Mass and Eucharistic Adoration, and will have opportunities to go to confession.

Commenting on this year’s theme – during the Year of St. Joseph – Bochanski noted that St. Joseph initially expected a “normal” marriage with the Blessed Virgin Mary.

“When he [Joseph] became more fully aware of his vocation, the purpose and plan for which he had been created,” Bochanski said, “he was willing to sacrifice the intimate sexual expression of love in his married life, in order to live out all the other responsibilities of being a husband with greater dedication and self-sacrifice.”

Bochanski said that Saint Joseph’s integration and integrity allowed him to make a total gift of himself, to Mary, and ultimately to the plan of God.

“This sacrifice bore fruit that he could never have foreseen, because it was in Joseph’s home and in the heart of his family that God’s promise of redemption was kept and the Savior entered into the world,” he said.

He explained that chastity does not mean repressing human feelings and emotions, but rather requires understanding them in light of God’s plan for marriage and sexuality, which always includes the complementarity of men and women.

“Accepting and living this truth, which is rooted in their God-given identity and calling, involves sacrificing some intimate desires and relationships,” he said.

Bochanski told CNA the result of this sacrifice is a full, fruitful and happy life where friendship, affection and charity can all flourish, because sexual desire is properly integrated.

EnCourage is a sub-organization of Courage, and provides support for families and friends of persons who identify as LGBT. It aims to teach them how to reach out to their loved ones with compassion and understanding.

“For our EnCourage members, [St. Joseph] is a model of genuine fatherhood, and a reminder that to follow God’s plan for ourselves and our families, the most necessary thing is to stay close to, and focused on, Jesus and Mary,” Father Bochanski said in a press release.

Delivering the keynote address at the conference will be Dr. Greg Bottaro, director of the CatholicPsych Institute and author of “Consecration to Jesus through St. Joseph: An Integrated Look At the Holy Family.”

Other speakers include Father Ricardo Pineda of the Fathers of Mercy; Mary Rice Hasson, director of the Catholic Women’s Forum; and Deacon Patrick Lappert, MD, a Courage chaplain.

“Last year’s virtual conference allowed us to connect with members and friends from around the world, and we don’t want to lose those connections,” Bochanski told CNA. “Our conference this year will be a hybrid model — conference talks and liturgies will be live-streamed for those who cannot attend in person for various reasons.”

Bochanski said that while Courage can’t recreate all the benefits of the in-person conference in a virtual format, they are encouraging their members who will participate online to find ways to join with their local chapters, and watch the talks and discuss them together.

Courage will be holding a “Clergy Day” on July 14 for priests, deacons, and seminarians, which will include presentations on how to understand and present the Church’s teaching on same-sex attraction “with clarity and charity, and to provide authentic pastoral care,” the press release said.

Bochanski said he was looking forward to the participation of all including Courage chaplains, as  well as other clergy, religious, and laity who are engaged in pastoral ministry. He especially is excited to welcome a number of bishops, who will celebrate Mass and preach during the conference.

“I am particularly grateful to Archbishop Naumann of Kansas City for welcoming us to his archdiocese, and agreeing to celebrate the opening Mass of the conference,” he said.

Bochanski noted that Courage is especially looking forward to the participation of their Spanish-speaking members from Europe and the Americas. “I am grateful that we have the ability to include them through simultaneous interpretation of keynote talks, as well as presentations, meetings and liturgies in Spanish,” he said.

Take It From Albert Einstein — The...

Rare Offering of Daily Mass at the...