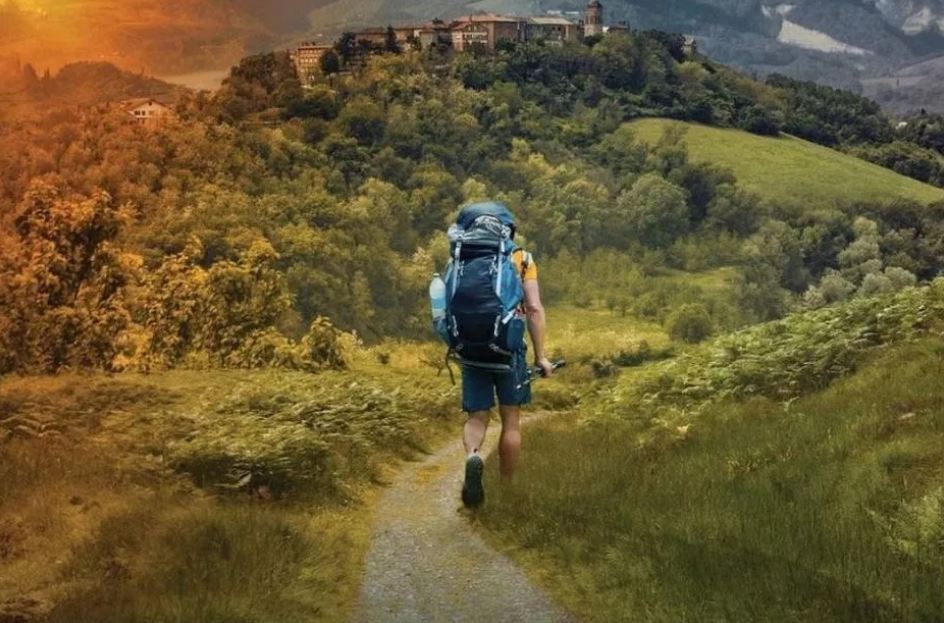 What it’s like to pass through the rolling and picturesque Sibillini and Apennine mountain ranges of central Italy where the saint lived.

ROME — “Listen and attend with the ear of your heart,” St. Benedict of Nursia, the founder of Western monasticism, once said. This is easier said than done in our increasingly anxious and information-saturated world, which is perhaps one of the reasons why pilgrimages have grown in popularity in recent years.

Many historic Catholic pilgrimage routes exist, arguably the most famous being the Camino de Santiago, or Way of St. James, in Spain. But growing in popularity in Italy is a relatively new pilgrimage called the Cammino di San Benedetto — a 180-mile, 16-stage trek that includes not only the most important places of St. Benedict’s life, but also some of those linked to other great saints of the Church, such as St. Rita da Cascia, St. Francis of Assisi and St. Thomas Aquinas.

Passing through the rolling and picturesque Sibillini and Apennine mountain ranges of central Italy filled with historical significance, the Cammino begins in Norcia, St. Benedict’s birthplace and continues to Subiaco, where St. Benedict lived for more than 30 years and founded several monasteries. It ends in Montecassino, where St. Benedict, who was so crucial to the formation of European and Western civilization, spent his last years and wrote his famous Rule.

In his new book Sun, Storm and Solitude: Discovering Hidden Italy on the Cammino di San Benedetto, best-selling Catholic author and keen hiker Karl Keating described a recent pilgrimage he made on the Cammino. Speaking to the Register, Keating recounts his experiences where, according to his book’s summary, he “found characters as colorful as the fields and serenity as deep as the valleys” and “even found out something about myself.” He also shares his recommendations to readers who plan to walk it.

What were three highlights of your pilgrimage?
Artistically, seeing the fresco of St. Francis of Assisi, painted from life in 1223, and verifying that, as I had read, one of his eyes appears larger than the other; botanically, the wide variety of flowers entirely foreign to my American experience and the relentless green of the countryside; socially, being several times with Maurizio Forte, the politically prodigal son of Orvinio, whom I now count as a friend.

What to you makes it different from other pilgrimage routes?
This was my first pilgrimage route. I have only domestic backpacking trips to compare it to. One thing that surprised me was how few people follow the Cammino for overtly religious reasons. As for scenery, the route is less awe-inspiring than the routes I take in the Grand Canyon or the High Sierra, which are in true wilderness. There is no wilderness, properly speaking, in the Apennines. On the Cammino, you never are far from the works of man, yet there is a serenity that arises — at least for me — from the antiquity of one’s surroundings.

How metaphorical to life are pilgrimages in your view, and can you give examples of how your time on the Cammino reflected life itself?
If life is a struggle, then, during the days of foul weather, the Cammino was too much a metaphor for life. But life also, as Belloc said, is “laughter and the love of friends,” and I had plenty of that enjoyment, too.

How did the pilgrimage affect you spiritually, and to what extent did you become better acquainted with St. Benedict and his writings while walking the Cammino?
I had read up on St. Benedict before my trip, reading his Rule and St. Gregory the Great’s short biography. I can’t say I learned anything additional about him while on the pilgrimage — but then I didn’t expect to, except by way of sympathy. Several times I could imagine him walking where I walked, seeing the same rock formations, seeing the ancestors of the trees I saw. The pilgrimage, overall, was humbling, when contemplating him: how what he did in such out-of-the-way places formed much of the basis of the civilization we still enjoy (however atrophied that civilization has become).

The Cammino is relatively new. Did you find it well marked, and where did you stay overnight?
I was surprised at how well marked the route was. I almost could have managed without a guidebook, just following the trail markers, but the guidebook (written by Simone Frignani, the route’s planner) is well worth taking along. Nearly all of my overnights were at B&Bs, all of which were well appointed, or at small hotels, a few of which were dowdy but all of which were adequate. Only once did I stay at a religious establishment; not unexpectedly, it was the most primitive, but the nuns were delightful.

What recommendations would you give to readers wishing to walk it?
No great preparation is necessary, except to whittle down what you carry. Less really is more. The average day is 20 kilometers/12 miles, and the route rarely is steep. Unless the weather is poor, there should be no problem in reaching lodgings well before dark. But make sure to call two days ahead to make reservations, not just one! I missed out on a desired lodging because I didn’t call until the day before. I like to go more prepared than necessary when I hike, in terms of navigation, so in addition to the guidebook (available in Italian, German or English), which I had in both print and digital versions, I download the GPS track to my phone and used a mapping program (GaiaGPS) that allowed me to be aware of things off the immediate path and to know distances and elevation gain exactly.

What other pilgrimages or books do you have planned?
I’m working my way through 45 Egyptology books (about 20 still to go) and am trying to become modestly fluent in Middle Egyptian (hieroglyphs) and to reach tourist-level proficiency in Egyptian Arabic. Egypt doesn’t have hiking or pilgrimage routes, so far as I can tell (except for a few trails in the Sinai), but I hope to work up a comparable book about an Egyptian journey. I hope to go during “the season” early next year, but it depends partly on travel restrictions due to the coronavirus and partly on whether the Grand Egyptian Museum in Giza will be open by then — I think I will need to spend several days there, examining artifacts.