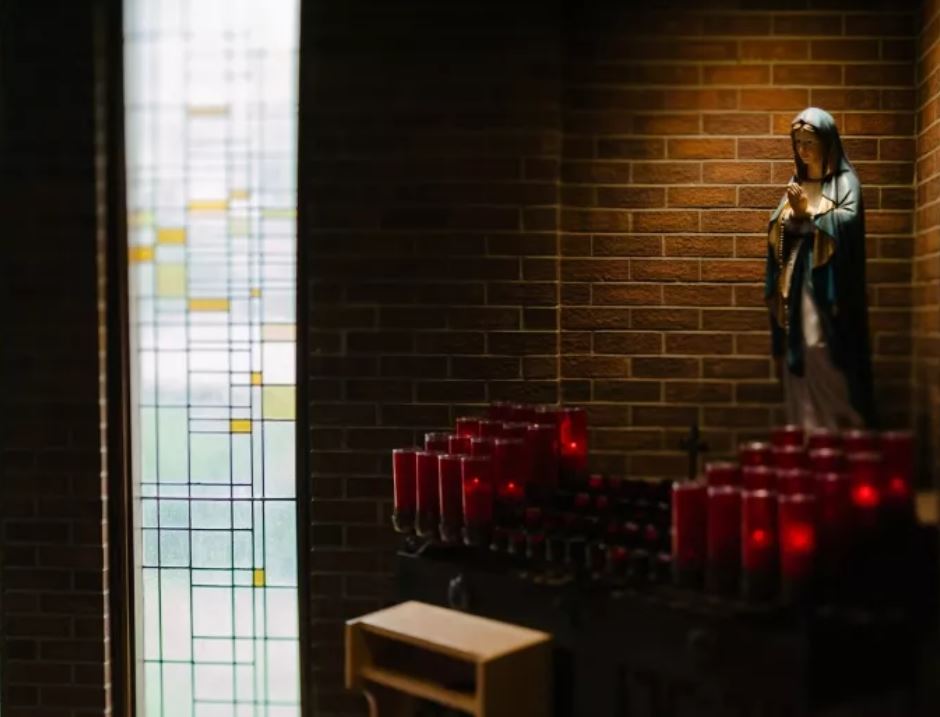 Providing consecration in an accessible way to our children could be a life-changing event.

As parents, we are always trying to find ways to protect our children. One of the best ways we can do that is to entrust them to the care of the Virgin Mary by consecrating them to her.

I know of many great parents who have done this for their children. But however fantastic this act of devotion is, it has one glitch: It still leaves parents as the mediators between the child and Mary. But what would happen if parents helped their children to go directly to Mary and forge their own relationship with her? Probably something pretty remarkable.

Two years ago, I contemplated this idea of how to help my own children consecrate themselves to Our Lady. I assumed it would be easy to find a resource on the topic, but after looking high and low, I couldn’t find one.

I asked a priest friend with a strong Marian devotion for a resource. He said he didn’t know of one, but suggested that I consider writing something. After initially scoffing at his idea, I warmed up to it as I wroteThe Marian Option.

I became more and more convinced of the value of Marian consecration for all people, including the very young. Time and again throughout history, Mary has helped Christians in dramatic ways through some very tough spots. We know that children have a special place in Christ’s heart. His mother is no different, as evidenced by the number of Marian apparitions that have involved children.

The end result of my initial search is the book I had hoped to find for my own family:Marian Consecration for Children: Bringing Mary to Life in Young Hearts and Minds.It is set up in a somewhat similar fashion to St. Louis de Montfort’s Marian consecration, with 33 days of preparation, followed by the 34th day of actually making the consecration to Mary.

As a mother, however, I knew that writing a Marian consecration for children wasn’t going to be as easy as it might sound. Children have very short attention spans, and even adults struggle with St. Louis de Montfort’s style of writing, so copying his effort wouldn’t work. I labored over how I could help bring Mary to life. I didn’t want the book to be just another sort of catechetical book that left them dry and unengaged.

The idea was hatched, and I immediately set to work, going through our shelves and piles of books to find the favorites that could help make Christ and Mary real people. I tapped into Aslan inThe Chronicles of Narniato sketch out Christ. I looked to books that were read to them when they were tiny, likeThe Runaway BunnyandGuess How Much I Love You, to explain the depths of Mary’s love for them.

I compiled the lives of child saints to underscore that each child has a mission. I pulled out old friends from some favorites, like Anne of Green Gables, Sam-I-Am and Sméagol, to show how the virtues and vices can help or hinder our efforts. And finally, knights and princesses got their own section to discuss the desires deep in children’s hearts for the heroic, the beautiful and the just.

The wide range of stories made me realize that the book could also be used by whole families, even if some younger siblings are not yet reading. (There are also story summaries for the stories children may not have read.)

My children have taught me that having a sense of mission is a very powerful thing, so I wanted to emphasize this in the book. We often underestimate in children both their spiritual potential as well as their spiritual thirst.

Most children have an underlying desire to know that they, too, have a mission given to them by God — not just when they are grown up, but now even in their youth. This is a common thread running throughout the book, along with the idea that Mary, as their mother, is anxious to see them succeed in their adventure through life with and for Christ. As I explain in the book:

One of the things that mothers love best is staying close to their children. Even when children are far away, mothers are close to them in their thoughts and hearts. Mothers consider their children’s every need and try to address all of their difficulties. This is also what Mary does. She knows you better than you know yourself, and she wants everything in your life to go according to the will of God. She also knows what it cost Jesus to die on the cross for us, so she doesn’t want to see that wasted or for us to throw it away as if it has no meaning.

Mary is always a mother to us, whether we know it or not.

One of the things I was very sensitive to while writing this book is that not all children have a mother at home. One of the children to whom I dedicated this book recently lost her mother, so I wanted to help her, her siblings and children like her to understand how much Mary wants to fill that void in their lives.

“Mary is here to help us,” I wrote in the book, “with every struggle that we face. Drawing closer to her through this consecration will only make her presence in your life more noticeable. She is your mother. She loves you very much and will help you with whatever happens in your life. If you let her, our loving mother will always lead you home to her Son in heaven.”

No children’s book is complete without a bit of fun. I added a section for each day called “Did You Know?” that includes trivia about Marian miracles and symbols, like her connection to ladybugs and the moon, and major events where Mary was involved, such as battles, apparitions and even football games.

Also like the St. Louis de Montfort model, I included a set of prayers to recite each night that change each week. The repetition is a great way for children to actually learn prayers, and in the end, for those children who didn’t know the Rosary when they started the book, they should at least have a pretty good grasp of all the prayers that make it up when they are finished.

Ultimately,Marian Consecration for Childrenis fun, inspiring and informative, but, most of all, it offers children a way to forge a true relationship with Our Lady.

I have heard from so many adults about how Marian consecration has changed their lives. It is like spiritual Kevlar that protects a soul from many pitfalls, which is what we should expect from the most attentive of mothers. Providing consecration in an accessible way to our children could be a life-changing event. Parents are keenly aware of the dangerous realities that children face in our current culture, but arming them with the maternal love of Mary, the same love showered upon the Child Jesus, seems like the best thing we can do for them.