‘We had no idea’: The hidden life of the reputed stigmatist tortured by Stalin’s secret police 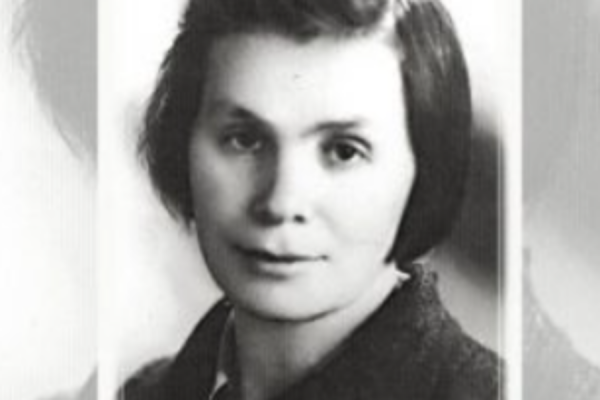 ‘We had no idea’: The hidden life of the reputed stigmatist tortured by Stalin’s secret police

CNA Staff, Nov 25, 2020 / 06:00 am (CNA).- Sr. Wanda Boniszewska led an extraordinary life. The Polish nun was a reputed stigmatist tortured by Stalin’s secret police. Her spiritual journal, published after her death in 2003, recorded her astounding mystical experiences. Her beatification cause opened earlier this month.

But to one religious sister who lived with her in the last years of her life, Boniszewska didn’t seem outwardly remarkable.

Sr. Halina Skubisz belongs to the same congregation as Boniszewska: the Congregation of the Sisters of the Angels, a habitless religious community founded in 1889. She lived twice under the same roof as the mystic, first in 1988 and then for a few years from 1997.

“Sr. Wanda was a person who did not stand out from among our older sisters,” Skubisz told CNA.

She described the frail and elderly Boniszewska as “rather withdrawn.” As she was bed-ridden and suffering from progressive dementia by the late 1990s, the younger sisters had limited access to her.

“What I remember is that I felt the atmosphere of peace in her room, as if the world around me was slowing down,” Skubisz recalled. “In her suffering, she was essentially calm, reconciled with the Lord’s will. Sometimes the younger sisters told me that they would come to Sr. Wanda when they needed to calm down…”

The younger sisters had no inkling of the exceptional nature of Boniszewska’s spiritual life. Her spirituality centered on offering her sufferings for the expiation of sins, especially those of priests.

At the age of 16, she had sought to enter the Congregation of the Sisters of the Angels in Vilnius, nowadays the capital of Lithuania. After her first profession, she said that she received a mission from Jesus to offer her sufferings for the expiation of the sins of “souls consecrated to Me.” She made her full profession in 1933.

“The superiors knew her special graces and spiritual experiences and some of the older sisters also heard something about it, but we in the younger generation had no idea. Only after Wanda’s death did the secret come to light,” Skubisz said.

She explained that when Christ had entrusted Boniszewska with her mission, which required her to share in the experience of his Passion, she asked to remain hidden and unknown until she died.

Boniszewska had asked her superiors to keep her secret and it was only after her death that Fr. Jan Pryszmont, who was close to her, began to publish works about her life and mission. Her “Spiritual Journal,” issued in 2016, recorded her mystical experiences between 1921 and 1980.

A turning point in Boniszewska’s life came on April 11, 1950, the day she was arrested by the NKVD, a forerunner of the KGB.

Skubisz said that the Soviet secret police seized the nun in connection with the arrest of a Jesuit priest, Fr. Antoni Ząbek. Boniszewska was then living in a community in Pryciany, around 20 miles from Vilnius. The authorities identified Ząbek as a Vatican spy seeking to undermine the Soviet Union.

The priest served the sisters while hiding in a separate location in an underground shelter. When he was arrested, the police found documents in the shelter relating to Sr. Wanda and the Congregation of the Sisters of the Angels. The NKVD arrested 20 of the sisters, including Boniszewska.

“From the beginning she was considered a charlatan, a false saint and an enemy of the system,” Skubisz noted.

During interrogations, her captors beat her head against the wall, kicked her legs out from under her and forced her to stand all night answering questions.

The ill treatment took its toll: she was transferred to a hospital, but the questioning continued. When she felt better, she would be taken on a stretcher for further interrogation.

Finally, she was judged in absentia and sentenced to 10 years in a correctional camp as a Vatican spy and enemy of the system.

She was sent first to Chelyabinsk, in west-central Russia, then to Magnitogorsk, near the northern edge of the Russian steppe, and from there to the Urals. She spent much of her time in camp hospitals because of the injuries inflicted during interrogations and because of bleeding from her stigmata.

Skubisz said: “This aroused consternation among the doctors. Some refused treatment, others carried out experiments including electroshocks.”

“The interrogations were brutal, with the beating of the head against the wall and kicks. Many times she was condemned to stay in a cell and locked up in the ward of the mentally ill.”

When she went into ecstasies, Sr. Wanda would say the names of people she prayed for. They included Stalin, the NKVD official Viktor Abakumov and the notorious secret police chief Lavrentiy Beria.

“This became the reason for the great brutality of the interrogators, their anxiety and curiosity,” Skubisz said.

She explained that Boniszewska inspired conversions among those who came into contact with her, including medical personnel and even her interrogators.

Boniszewska traced her stigmata back to the day of her First Communion, Sept. 29, 1919, when she began to feel pain in her hands and legs. In 1927, she felt pain around her head, while the discomfort in her limbs diminished. Her suffering would peak during Masses.

According to her testimony, external marks of the stigmata appeared in Advent 1934 on her hands and legs. There was also a diagonal wound on her side. She attempted to hide them, but a priest noticed them while giving her the sacrament of the anointing of the sick in January 1935. In April of the same year, a religious sister who was also a nurse saw the wounds. But despite the nurse’s questions, Sr. Wanda remained silent.

“Before she was arrested in 1950, the external stigmata began to disappear, and appeared sporadically in prison, less often after she was released and returned to Poland,” said Skubisz.

Commentators have drawn parallels between Boniszewska and St. Faustina Kowalska. Both were Polish religious sisters who experienced the upheavals of the 20th century and left written records of their intense spiritual experiences. But Skubisz believes that, despite these surface similarities, the two are quite different.

She said: “Each of them had their own mission and unique relationship with the Lord. True, both were chosen and there are other similarities, but I do not think there are similarities between their diaries.”

Skubisz pointed out that Sr. Wanda did not keep a spiritual diary as such. She wrote her memoirs retrospectively in obedience to a request from her superiors. While priests who came into contact with her made detailed records, she asked them to allow her to remain hidden and not to share the information until after her death.

Skubisz believes that Sr. Wanda’s spirituality, with its focus on prayer for struggling priests, is highly relevant to the Church today. The opening of her beatification cause coincided with a series of high-profile clerical abuse cases in the Polish Church.

“I believe that the current experience we are going through as a Church is a cry for witnesses. Sister Wanda can be such a witness,” she said.

“The Lord Jesus revealed her mission to her gradually: ‘for unfaithful priests, sacrifice yourself; you are the chosen sacrifice for priests and religious orders; I desire suffering; prayer without suffering is dead; I allow winds to strengthen faith in you and priests; I am the infallible truth in the holy Church; Believe, ask, trust, write, remain close. I make greater demands on you, because love expands the heart. Through you, I must pour Love out upon priests.’”

Skubisz continued: “Today Satan strikes priests with particular force. We know that a priest is for us believers a gateway to the sacraments, to the Eucharist, and without them no one will be strong in the spiritual struggle.”

“That is why the message received by Sr. Wanda about the special dignity and great love that Christ gives to priests is so timely. Jesus desires their closeness and holiness, He is ready to forgive them and to bestow graces to draw them to His Divine Heart.”

She added: “Sr. Wanda had to suffer for the infidelity of priests and religious people, for the lukewarm and cold priests, for religious orders, including our Congregation, for the fading faith in His presence, for the sins of impurity. And as I described above, it was a very particular suffering. How timely this prayer and plea for strength are today.”

Skubisz said that the dialogue between Boniszewska and Christ recorded in her journal underlined how much Jesus loved priests and religious.

“It is a great strengthening and call to faithfulness,” she said. “It is also a new light on the greatness and dignity of the priestly state, which is now so weakened. But at the same time, her suffering, its immensity, the brutality of her interrogation, the misunderstanding she suffered, show that sin is not a bagatelle. Sin costs and it costs a lot. It cost her a lot of suffering, a lot of blood…”

“I really believe that this message is extremely important and brings a lot of hope at this time. It rekindles gratitude, admiration for the love of God, in spite of everything and without limits. It is also a call to reparation for our sins and for the sins of others, to ask for mercy.”