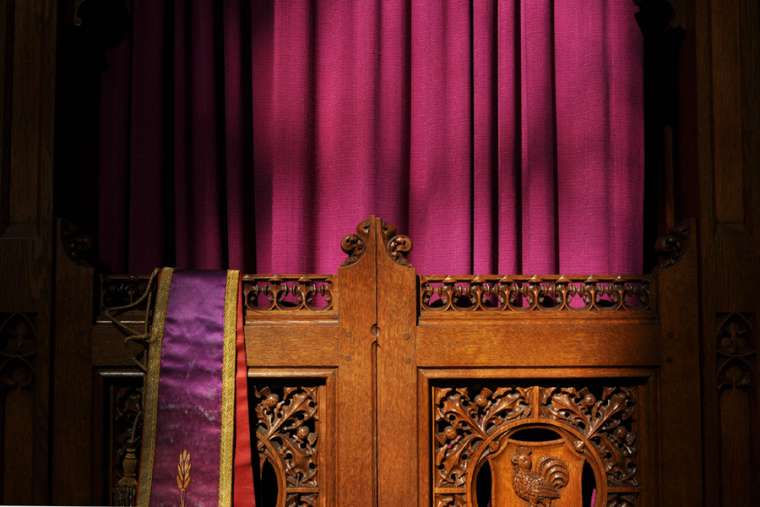 Religious ministers should not be required to violate the seal of confession to report child sex abuse, a committee of the upper house of Western Australia’s parliament recommended Thursday.

The Legislation Committee of the Legislative Council recommended that “Ministers of religion be excused from criminal responsibility [of mandatory reporting] only when the grounds of their belief is based solely on information disclosed during religious confession.”

It also recommend that the state government “consult with ministers of religion on non-statutory provisions that would facilitate the effective use of information received during religious confession.”

The recommendation, made by a narrow majority of the committee, came inits reporton theChildren and Community Services Amendment Bill 2019. In its current form, the bill would require priests to break the confessional seal to report known or suspected child sex abuse.

Of the three committee members who supported the recommendation upholding the confessional seal, two belong to the opposition Liberal Party, and one to the crossbench National Party.

The committee’s two members of the governing Labor Party recommended that no provision be made to maintain the seal of confession.

The bill is meant to implement some recommendations made by the 2017 report of the Royal Commission into Institutional Responses to Child Sex Abuse. Much of the bill focuses on child protection for Aboriginal and Torres Strait Islander people.

During its inquiry on the bill, the Legislation Committee received606 public submissions. The committee noted that it received “strong opposition” to the requirement that priests violate the confessional seal, particularly from members of the Catholic and Orthodox Churches. It said that “over 90 percent of submissions to this inquiry were opposed to breaking the seal of confession.”

Multiple priests wrote to tell the committee that they would not violate the seal of confession, and numerous priests pointed out that the law would be unenforceable, as confessions are usually made anonymously.

Fr. Mark Baumgarten, a priest of the Archdiocese of Perth, for example, wrote to the committee that “I suspect one result of this sort of legislation would be that many parishes would likely phase out face-to-face confession altogether so as to protect the priest.”

“This kind of legislation is also unenforceable,” he reflected. “Short of bugging confessionals, the only way to catch a priest in this would be to try to trap him with fake penitents armed with recording devices, which would be a particularly malicious course of action.”

Fr. Baumgarten concluded: “We priests make solemn commitments before God, and I am much more concerned by how God will judge me than by how I am seen by the powers of this world. I would absolutely go to jail or face any other civil penalty before I broke the sacramental seal, and I suspect that all priests—regardless of their ideological persuasion—would say the same. Indeed, there have been a few priest saints over the centuries who have been martyred for their refusal to break the confessional seal. That said, I have no desire to be a martyr—figuratively or otherwise—and I pray that reasonable heads prevail in this matter, allowing civil and Church leaders to work collaboratively to ensure the safety of the young and the vulnerable in our community.”

Archbishop Timothy of Costelloe of Perth, along with Fr. Abram Abdelmalek, an Oriental Orthodox priest,testified at an Aug. 6 hearing held by the committee. Both confirmed “that they support the introduction of mandatory reporting for ministers of religion, with the exception of the confession,” the committee noted.

Archbishop Costelloe noted that “the proposed law would render priests who remain faithful to the obligations that they assumed at the time of their ordination … liable to prosecution and conviction as criminals for being faithful to their commitments. To make the free practice of an essential part of the Catholic faith illegal seems to me to be something that modern secular societies have always understood to be beyond the limits of their authority.”

He told the committee that in the case of hearing a confession of child sex abuse “it would be the responsibility of the priest to do his level best to convince the perpetrator that this has to stop, that possibly the only way this is going to stop is for the perpetrator to give himself in to the authorities, and to assure the person that he will accompany them to help them do so—all of that. He cannot force the person, but he can put a lot of moral pressure on the person. A priest would be failing in his responsibilities if he did not do that.”

The archbishop added, “it is very clear that the priest has a fundamental responsibility to do everything he can without breaking the seal of the confession to ensure, to the extent that he can, that this abuse stops, absolutely.”

During the hearing Nick Goiran, an MLC of the Liberal Party, observed that “if priests … are not even going to comply with the law when it comes to the confessional, then a lot of what we are discussing is somewhat pointless.”

Asked if Catholic priests would comply with a law requiring the violation of the sacramental seal, Archbishop Costelloe replied: “Every priest knows what his obligations are, and he knows what the penalties are of not being faithful to those obligations, and he also knows the basis of those obligations, and the basis of the obligations from the Church’s point of view, as we discussed earlier, are divine law. I am certainly not going to tell my priests to break the divine law. I will not be telling them to do that; I cannot tell them to do that. I have got enough confidence in the priests of the Archdiocese of Perth to believe that they will know exactly how they should respond in any particular situation and what their obligations are, and the obligations are in conflict. The obligation to the civil law and the obligation to God’s law are in conflict. I have no doubt about what decision I would make if I was faced with that challenge and I have no doubt about what decision other priests would make.”

The archbishop continued, saying that “this law, well-intentioned though it might be, is that it will actually lead to less safety for children and young people because, number one, there is no chance that a perpetrator will subject him or herself to the possibility of being convinced to do something about it, and number two, if it is someone who discloses that they are being abused because it is a safe place for them to talk about it, knowing that it is going to be confidential, they will not come either, and they will then possibly not be able to deal with it. So I really worry that the outcome of this change may well be to make children and young people less safe rather than more safe.”

Last week the Australian bishops provided the federal government with the Holy See’s observations the recommendations of the royal commission. In response to a recommendation regarding the seal of confession and absolution, the Holy See reiterated the inviolability of the seal and that absolution cannot be conditioned on future actions in the external forum.