What Anti-Semites and Pro-Abortionists Have in Common 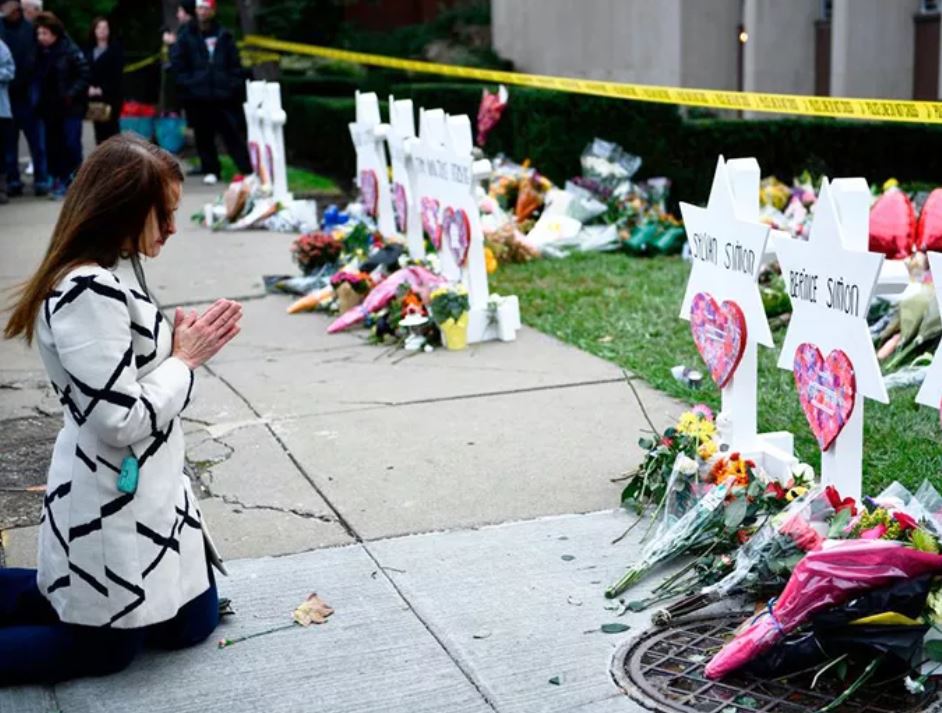 What Anti-Semites and Pro-Abortionists Have in Common

Those who kill innocent people, refusing to see them as human persons, are wrong, whether they are anti-Semites or pro-abortionists.

One of the problems with modern politics is that everything is expressed in terms of right and left, and everyone seems to have forgotten about right and wrong. Thus, for instance, white supremacists are considered to be on the far right, whereas Antifa activists are considered to be on the far left. You’d think, therefore, that they couldn’t be further apart in terms of their respective beliefs. And yet if love of one’s neighbor is considered good and hatred of one’s neighbor is considered bad, the white supremacists and the Antifa activists are both equally bad. They are full of hatred for those whom they consider to be their enemies and are not averse to using violence to get their way.

Looking at the lessons of the past, which the white supremacists and Antifa activists seem intent on ignoring, we might think of Hitlerite Nazis as being on the far right and Stalinist communists as being on the far left. And yet both sets of extremists ruled their respective peoples with an iron fist and incarcerated millions of dissidents in concentrations camps. If one is a victim of political tyranny, it matters little if the jackboot that crushes you is on the left foot or the right foot. It is, therefore, not about right and left, but about right and wrong.

This should be borne in mind as we survey the fallout from the shootings in the Pittsburgh synagogue. The perpetrator of this act of terrorism has no concept of the dignity of the human person. The people whom he gunned down were not directly responsible for any crimes of which he might have considered the Jews as a collective group to be guilty. Their individual guilt or innocence mattered not. They were Jews, and that was all that mattered to him. They were not his neighbors, even if they lived in his neighborhood. They were his enemies. In his eyes, they were not human persons made in the image of God: They were Jews, which disqualified them from being treated as human beings.

Those who see politics in terms of right and wrong, and not in terms of right and left, will see parallels between the contempt of the anti-Semite toward the dignity of the human person and the contempt of the pro-abortionist toward the dignity of the unborn child. They might also point out the connection between the founder of Planned Parenthood and the Nazi Party.

Back in the dark days of the Third Reich, the Nazi government began to forcibly sterilize nonwhite children as part of a program of racial purification inspired by the rise of the eugenics movement, which was growing in popularity worldwide — not least in the United States, where Margaret Sanger, as a leading member of the American Eugenics Society and a founding member of the American Birth Control League (the forerunner of Planned Parenthood), preached and sought to practice the same sort of “racial-purification” programs as those practiced by the Nazis. As editor ofBirth Control Review, Sanger published headlines such as “More Children for the Fit. Less for the Unfit.” As for whom she considered to be “the unfit,” she was happy to proclaim it from the housetops with brazen chutzpah: “Hebrews, Slavs, Catholics and Negroes.” She deliberately set up her first birth-control clinics in immigrant neighborhoods and openly advocated that those considered “unfit” should be made to apply to the government for permission to have children “as immigrants have to apply for visas.” Considering Sanger’s position, it is not surprising that Nazi scientists from Germany were invited to publish articles in theBirth Control Reviewthat she edited, nor that members of Sanger’s American Birth Control League visited Nazi Germany and sat in on sessions of the Supreme Eugenics Court, returning to the United States with glowing reports of how the Sterilization Law was “weeding out the worst strains in the Germanic stock in a scientific and truly humanitarian way.”

Nor was it only a question of race. The Nazis also systematically exterminated children with Down syndrome, regardless of their race. In similar fashion and with the same crassly inhuman spirit, children with Down syndrome are being systematically exterminated in the womb in almost every so-called “developed” nation. In the United States, Planned Parenthood is at the forefront of this genocide. The government of Iceland even boasted that it had eradicated Down syndrome completely through the “simple expedient” of exterminating every child who had it. This “final solution” was lauded by the Icelandic government as proof of its progressive credentials.

No, it’s not about right and left, whatever that really means.It’s about right and wrong. Those who kill innocent people, refusing to see them as human persons, are wrong, whether they are anti-Semites or pro-abortionists. We should all be sickened by the contempt for human life shown by the man who gunned down worshippers at the synagogue in Pittsburgh, but we should be equally sickened by those who kill babies in abortion mills in every city across the nation.