What Black Lives Matter Can Learn From Pro-Lifers 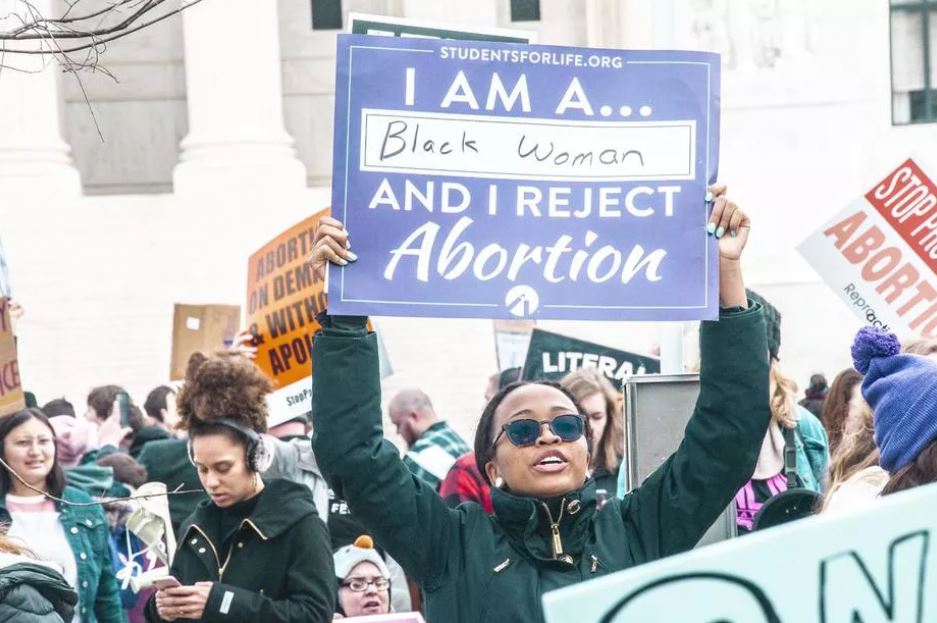 What Black Lives Matter Can Learn From Pro-Lifers

COMMENTARY: The anti-racist movement and the anti-abortion movement both see themselves squaring off against entrenched opponents who are convinced of their own innocence even as they perpetuate evil.

I wanted to write about what the Black Lives Matters movement can learn from the pro-life movement’s positive approach, preaching compassion and change instead of anger and division.

But then Ruth Bader Ginsburg died, and I remembered just how hard it is to be positive in the face of cruelty.

I wish pro-lifers like me could see Ginsburg the way her friend, pro-life Justice Antonin Scalia, did — as a whole person, worthy of respect and friendship. But most of us just sum her up in one hyphenated word: “pro-abortion.” President Trump, upon hearing of her death, said, “whether you agree or not, she was an amazing woman who led an amazing life.”

I wish I could praise her life like that. I can’t. When I try, the voices of her unborn victims rise in anger — the millions who should be our friends, our children’s friends, working in our communities, researching in our labs, singing and laughing and loving, creating a better future for the world — voices that were snuffed out for profit because of her life’s work.

Then I realize that this is exactly how those in the Black Lives Matter movement feel. The difference is they don’t have to imagine the victims of the oppression they are fighting. They have met them: children rejected as friends and overlooked in their classrooms, young people treated with suspicion and denied opportunities, people who should be creating a better future for the world, but who have been stopped by what MLK’s friend Father Charles O. Rice called “the horrible normalness and ghastly ubiquity of racial prejudice in the United States.”

What We Have in Common

The fact is: The anti-racist movement and the anti-abortion movement both face entrenched opponents who are convinced of their own innocence even as they perpetuate evil.

To try to understand anti-racism better I have been reading books by Ibram Kendi, Ta-Nehisi Coates and Robin Diangelo. These authors are tired of hearing people protest that they are “not racist.” The way they see it — and they’re right — life in America is harder for Black people not because Americans embrace an explicitly racist creed, but because of unspoken racist assumptions.

Pro-lifers know how this works. Abortion is practiced from conception to just before (and just after) birth — but people don’t want to believe that, so they don’t. Pro-abortionists have changed the very terms of debate, turning the killing of children into “women’s health.” Public schools, universities and the media are so pro-abortion that they reflexively cover up what abortion does to unborn children and women, carefully projecting a sunny lie that benefits the abortion industry.

Anti-racists are tired of the dehumanization of race victims. As Coates powerfully put it inBetween the World and Me:“Slavery is not an indefinable mass of flesh. It is a particular, specific enslaved woman, whose mind is as active as your own, whose range of feeling is as vast as your own; who prefers the way the light falls in one particular spot in the woods, who enjoys fishing where the water eddies in a nearby stream, who loves her mother in her own complicated way, thinks her sister talks too loud, has a favorite cousin, a favorite season, who excels at dressmaking and knows, inside herself, that she is as intelligent and capable as anyone.”

We are tired of unborn children being called “products of conception,” “embryos” or “fetuses.” Call them unborn children. At the earliest stage, an embryo is already a human being with her own set of DNA, sex and life expectancy. Then as she develops in the womb, she hears songs, suffers pain and starts to learn. She has a face, fingernails and feelings. When she is painfully burned, ripped to shreds or cut to pieces in the womb it isn’t “the termination of a pregnancy.” It’s the execution of an innocent.

Anti-racists are tired of the racial hypocrisy of Americans. InStamped From the Beginning,Kendi traces that hypocrisy and is particularly incensed by Thomas Jefferson and the Declaration of Independence.

“What did it mean for Jefferson to call ‘liberty’ an ‘inalienable right’ when he enslaved people?” he asks. Pro-lifers agree — and wonder why “pro-choicers” think they have any more integrity than Jefferson when they deny the inalienable right to life to the unborn.

Which brings us to the differences between anti-racists and anti-abortionists. For one, we believe the principles of the Declaration of Independence, hypocritical or not, eventually ended slavery and will one day end abortion.

Another difference: The Black Lives Matter movement is embraced by public schools, corporations and the media. The anti-racist authors I read are on television all the time — on CNN, MSNBC,Good Morning AmericaandColbert. When was the last time you saw Lila Rose, Abby Johnson or Serrin Foster on those shows? How about Robbie George, Richard Doerflinger or Helen Alvaré?

We know that a pro-lifer atThe Atlanticgot fired for ironically mentioning capital punishment for those guilty of abortion. Coates says violence is necessary to combat racist policies, andThe Atlantickeeps him on.

Another difference: Anti-racist authors universalize their concerns such that they encompass everything.

“There is no such thing as a nonracist or race-neutral policy,” wrote Kendi. “Every policy in every institution in every community in every nation is producing or sustaining either racial inequality or equity between racial groups.”

Racism taints everything in his telling — including the very system of capitalism. That’s why the Black Lives Matter organization embraces Marxism and (at first) proudlyproclaimedits opposition to “heteronormative thinking” and its commitment to “disrupting the Western-prescribed nuclear family.”

This wholesale rejection of every aspect of society is a tough sell. It is hard to get someone to admit that they are radically wrong about everything — because they know very well that they aren’t.

That’s another difference. Pro-lifers think our basic position — “Don’t kill infants” — is common sense. But Kendi says, “To be an antiracist is a radical choice in the face of this history, requiring a radical reorientation of our consciousness.”

Breaking Out of Bubbles

That kind of statement only comes from inside a bubble. The less you expose your positions to discussion and correction, the more radical they become.

But Kendi calls even Clarence Thomas and Ben Carson “inarguably racist” and characterizes “both religious-freedom laws and voter-ID laws in Republican states as taking away the rights of queer people.” Dismissing his opponents might play well in the bubble, but it will never allow him to persuade those of us outside it.

You can see an unwillingness to leave his bubble when Coates compares anti-racism and pro-life movementsinThe Atlantic.

“The biological theories about black people … were defeated because they were bad science,” he says. But he can’t bring himself to use the same standard. “There is a tangible scientific answer to the question of whether blacks arehomo sapiens. Is there really a scientific answer to whether life begins at conception?”

Um — yes. Exactly the same DNA science that shows his humanity and mine shows the humanity of the unborn.

Outside Your Bubble, Violence Backfires

One of the first things you learn when you engage with the wider world is that violence is never persuasive, no matter how powerfully your logic compels you to use it.

Pro-lifers long ago have faced this argument: “If there were a death camp in our neighborhood, wouldn’t it be our duty to stop the killing, using any means necessary? So shouldn’t we destroy abortion businesses?”

Our answer: You can’t defeat abortion without changing hearts, and violence only hardens people’s prejudices about our cause. Destruction has failed pro-lifers whenever it has been tried. Instead, we spent our time serving unwed mothers, and opinions started to change.

We pray the Black Lives Matter movement will learn the same lesson soon. But that brings us to another difference between the anti-abortion and anti-racism movements.

Our leaders decry any and all violence and distance themselves from it immediately. But Kendi and Coates have both defended rioting. This is tragic. Too much is at stake. Take it from a pro-life friend: That has to change, or you will get nowhere.

Space Creatures and the Catholic C...