MORE FROM EWTN
FAITH & RESOURCES
Welcome to EWTN GB - Global Catholic Television Network - Copyright ©
Trending News
HomeArticleWhat does it mean for Becciu to lose his rights as a cardinal?

What does it mean for Becciu to lose his rights as a cardinal? 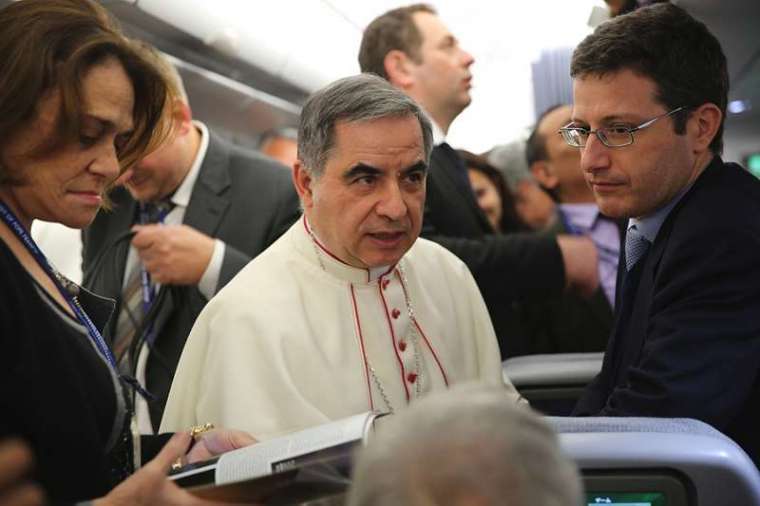 What does it mean for Becciu to lose his rights as a cardinal?

The Vatican announced Thursday night that Cardinal Angelo Becciu had resigned from the rights extended to members of the College of Cardinals, but it did not specify which rights the cardinal had lost.

Examining previous cases of cardinals who have renounced their rights can give some idea of what this means for Becciu, who isembroiled in allegations of financial malpractice, which he denied at a press conference Sept. 25.

In 2015, Pope Francis accepted a similar renunciation from Scottish Cardinal Keith O’Brien, who in 2013 admitted to serial sexual misconduct. As a result, O’Brien did not attend public ecclesiastical events and was not eligible to participate in a papal conclave.

At the time, Cardinal Angelo Sodano, dean of the College of Cardinals, explained that O’Brien had given up the rights and prerogatives outlined in canons 349, 353, and 356 of the Church’s Code of Canon Law.

These canons concern a cardinal’s ability to participate in a conclave, a consistory, and to collaborate with the pope.

The rights described in Canon 349 include the participation in the election of a pope as a cardinal elector and assisting the current pope in the work of the daily care of the universal Church.

Canon 353 addresses a cardinal’s ability to take part in ordinary and extraordinary consistories.

A consistory is a council of cardinals that takes place when the pope needs the cardinals’ advice on some important issue, or to give solemnity to the pope’s decision. It often involves the creation of new cardinals. Pope Francis has used the consistory as a sort of advisory board on core issues, holding extraordinary consistories on issues of the family and curia reform.

Finally, Canon 356 states that cardinals are bound to actively collaborate with the pope, requiring them to live in Rome unless they hold the position of a diocesan bishop.

It should be noted that when Theodore McCarrick resigned from the College of Cardinals on July 28, 2018, Pope Francis also additionally suspended McCarrick from the exercise of any public ministry and directed him to observe a life of prayer and penance, because of the grave allegations of abuse against him.

While O’Brien, until his death in 2018, lived in similar conditions to those imposed on McCarrick, the Scottish prelatewas allowed to keep his title of cardinal.

In McCarrick’s case, Pope Francis applied a suspensiona divinis, which, according to canon 1333 of the Code of Canon Law, prohibits him from acts of the power of order and governance and from the exercise of the rights or functions attached to his office.

After the Congregation for the Doctrine of the Faith found McCarrick guilty of solicitation in the Sacrament of Confession and sins against the Sixth Commandment with minors and adults, McCarrick was laicized in 2019.

While three instances of cardinals losing their rights have all occurred in the past five years, this is not a new phenomenon, though still rare in Church history.

In 1927, French Jesuit Cardinal Louis Billot resigned from the College of Cardinals following a meeting with Pope Pius XI. His resignation was accepted by the pope eight days later. The two men disagreed strongly over the French monarchist movement Action française, which Pius condemned.

Billot’s resignation parallels Becciu’s situation in that it does not involve allegations of sexual misconduct.

Becciu served as “sostituto,” or second-ranking official at the Secretariat of State, from 2011 to 2018, when Pope Francis named him a cardinal and moved him to the Congregation for the Causes of the Saints. During his tenure in that position, he was linked to a number of financial scandals, most recently the Secretariat’s investment of hundreds of millions of euros with the Italian businessman Rafaelle Mincione and the controversial purchase of a London building.

The Order of Malta has told CNA that it is awaiting official information as to whether Becciu will remain the pope’s personal delegate to the order as it undergoes reform.

As of Sept. 25, the Holy See has yet to clarify which rights Cardinal Becciu has resigned and Becciu remains technically a cardinal.