What Does the Queenship of Mary Mean For Us? 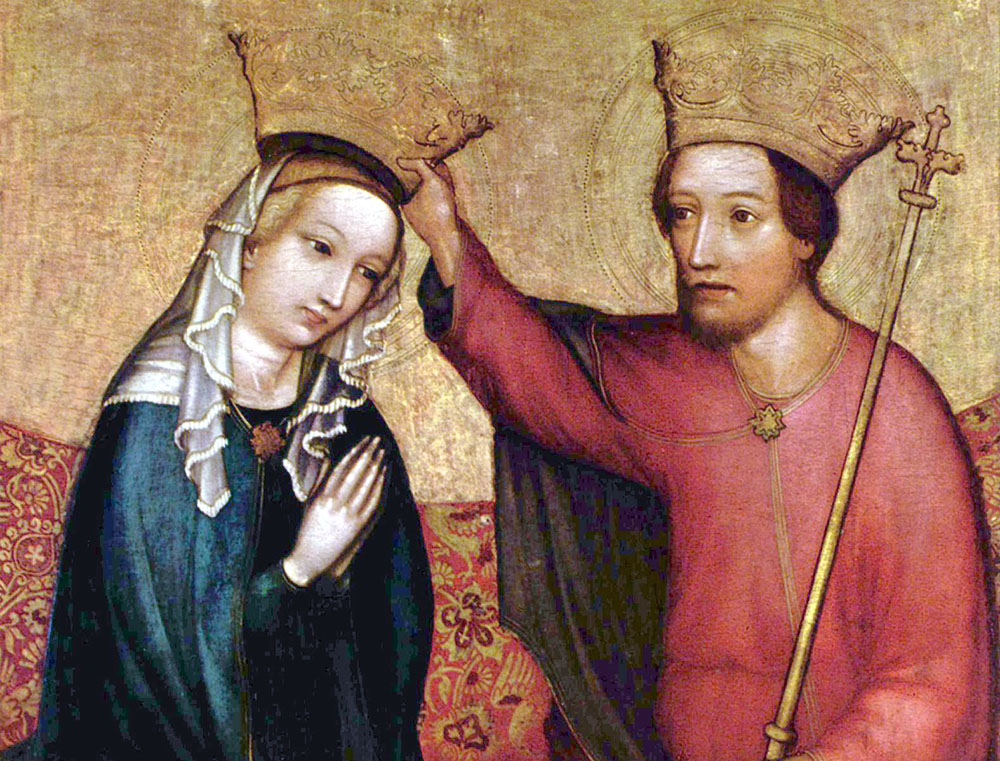 What Does the Queenship of Mary Mean For Us?

We are citizens of an earthly city, but that allegiance isalwayssubordinate to our loyalty to our King and Queen.

Can I ask you to take a test? Please read the following passage and estimate in what year it was written:

Following upon the frightful calamities which before Our very eyes have reduced flourishing cities, towns, and villages to ruins, We see to Our sorrow that many great moral evils are being spread abroad in what may be described as a violent flood. Occasionally We behold justice giving way; and, on the one hand and the other, the victory of the powers of corruption. The threat of this fearful crisis fills Us with a great anguish . . . .

Could it have been written in 2020? I am guessing that the more careful readers might say “no,” but only because of the “royal we” its author uses. Still, one might think it is an apt description of our present day.

The text was actually written in 1954. It is from Pope Pius XII’s encyclical,Ad Caeli Reginam,in which the Pope instituted what today is called the Memorial of the Queenship of the Blessed Virgin Mary, which we celebrate Aug. 22. In fact, let me add the last sentence of the Pope’s paragraph, cut off above by the ellipsis:

… and so with confidence We have recourse to Mary Our Queen, making known to her those sentiments of filial reverence which are not Ours alone, but which belong to all those who glory in the name of Christian.

Vatican II often begins documents by examining the “signs of the times,” i.e., the milieu within which the Church is called to give witness. Pope Pius XII did the same inAd Caeli Reginam,writing less than a decade after the end of the Second World War, as Stalinist communism had seized half of Europe. The Pope had already seen the devaluation and desecration of human life in the War, and had already begun some of his famous bioethics addresses (seehereandhere), warning about the Brave New World aborning. In 1950, he had proclaimed the dogma of the Assumption of Mary and, with this encyclical, he focused on her Queenship.

As Catholics in the United States, we might ask ourselves “what relevance does Queenship have for us?” Catholics in Canada might have different insights, but even there the Queen is more of a figurehead than anything else.

The Memorial of the Queenship of Mary, like the Solemnity of Christ the King (established by Pope Pius XI in 1925), perhaps seem to lack immediate significance for Catholics living in republican countries (i.e., at least nominally the majority of countries in the world). Indeed, both feasts have been moved since their original institution: the Queenship of Mary used to fall on May 31, until St. Paul VI moved it in the Roman Calendar reform to the octave day of the Assumption (truly making it the last of the “Glorious Mysteries,” short of the Second Coming). Christ the King used to fall on the last Sunday of October, until the Roman Calendar Reform made it the last Sunday before the new Church year that starts with Advent, so that “the eschatological importance of [Christ the King] is made clearer.”

Perhaps the significance of Christ the King can illumine the Memorial of the Queenship of Mary. Jesus’ “Kingship” is a constant problem for his contemporaries, even the Apostles. The Jewish elite rejected him, even to the point of avowing “we have no king but Caesar” (John 19:15), an allegiance Israel had sought to deny for decades. The Roman Procurator, ever watchful against civil rebellion, asks him: “So you are a king?” (John 18:37). Even his Apostles cannot be shaken from Messianic expectations of becoming top dog again: “we had hoped he was the one to redeem Israel” (Luke 24:21). As Jesus is about to ascend to heaven, the Apostles take one last shot: “Will you now restore the kingdom to Israel?” (Acts 1:6). Only when the Holy Spirit comes and makes them aware of just who Jesus is and what his Mission is do they finally change their kingly expectations.

Jesus teaches us that his Kingdom is not (yet) of this world, that his is a Kingdom that is “eternal and universal …, a kingdom of holiness and grace, a kingdom of justice, love, and peace” (Preface for the Solemnity of Christ the King). Jesus’ Kingdom will eventually extend to all lands, peoples, and times, but “concerning that day and hour, no one knows … but the Father only” (Matthew 24:36). Jesus’ Reign must gain allegiance in human hearts, one by one. It is not a Kingdom imposed by occupation and maintained by mutually assured destruction; it is a Kingdom where the head of state “stands at the door and knocks” (Revelation 3:20).

Mary’s Queenship is likewise spiritual. Mary, who is given to us as Queen because she is given to us as mother (John 19:26-27) has been about the spreading of her Son’s Kingdom from her first “fiat.”Why would we not expect that she, who made possible his coming down from heaven world “for us and for our salvation” would not continue to be engaged in that same work for eternity? Mary’sfiatwas an assent to God’s Designs for humanity that continue to be at work until the Last Day. Why would shenothave a role in it? [See alsothese reflectionsfrom the Diocese of Lansing].

Jesus’ Kingship and Mary’s Queenship are also, in some sense, “democratic.” Neither is like “the kings of the gentiles, who lord it over them” (Luke 22:25). By Baptism, every Christian is anointed a priest, a prophet, and a king. We are “a chosen people, a royal priesthood” (1 Peter 2:9) to the degree that wearewhat we aresupposed to be.As St. John Paul II reminded us in his 1976 Lenten Retreat,Sign of Contradiction,we exercise our kingship when we rule ourselves in freedom and in truth, allowing our own hearts by the power of the Spirit to become “a kingdom of holiness and grace.” The Christian “king” is the one who kneels freely. Is there any better human examples of how to exercise that office than Jesus and Mary?

Jesus’ Kingship and Mary’s Queenship, however, remind us that as Catholics we do have dual allegiances. We are citizens of an earthly city, but that allegiance isalwayssubordinate to our loyalty to our King and Queen. Since both of those feasts were established, Catholics have been pulled to repeat the Pharisees’ apostasy and declare, “we have no King but Caesar” – be that Mussolini and his Fascists when Pius XI instituted Christ the King, Hitler and Stalin when they declared loyalty toVolkand ideology supreme, or our soft totalitarianism that reduce banish religion to an exercise in our heads, kept off a “naked public square” that is “protected” by a “wall of separation” and regularly fumigated from religious influences. You might not land in the Gulag or Solovki, but only because you insist that your faith and morals are “personal” which certainly cannot be “imposed” on “others” — even if they share the same human nature. You can’t say “Mary is my Queen” but “I pledge allegiance” only to the secular state (or pretend my oath before God binds me to such moral schizophrenia).

The bishops of the United Statesplaced the United States under the patronageof the Immaculate Conception and consecrated this country, in the midst of the current pandemic, to the Blessed Virgin on May 1. What Pope Pius XII, in the quote at the start of this article, wrote about his times is equally if not more true of our day. So, even more, we need that consecration to Mary, something Pope Pius XII had called for when he instituted the Queenship of Mary. Writing inAd Caeli Reginam, he asked annually that “the consecration of the human race to the Immaculate Heart of the Blessed Virgin Mary be renewed, cherishing the hope that through such a consecration a new era may begin, joyous in Christian peace and in the triumph of religion.”Hereis a prayer to that end.