What is confirmation and what are its effects? 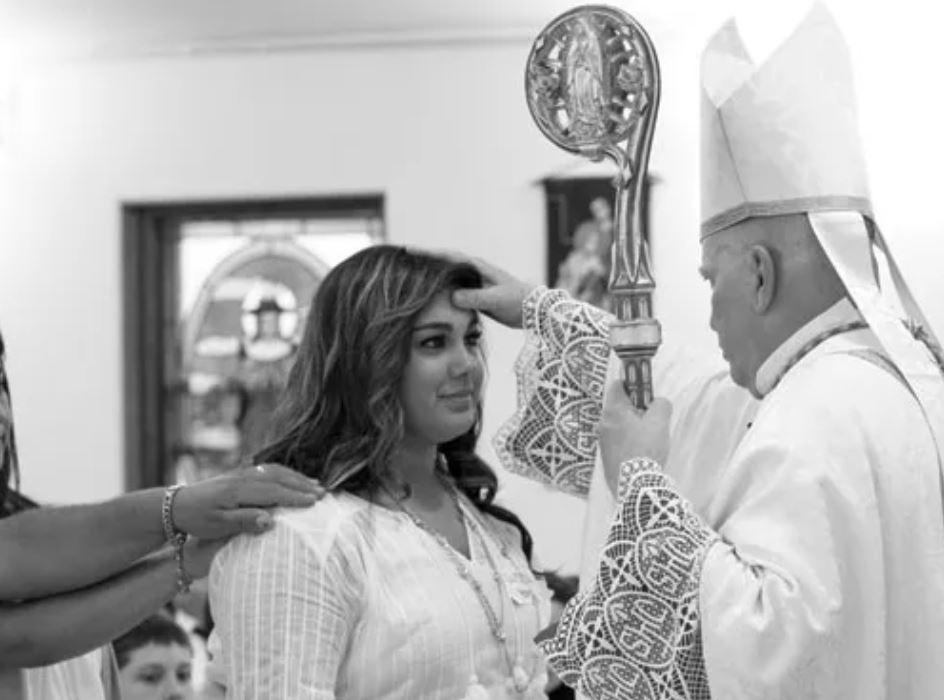 What is confirmation and what are its effects?

A. Confirmation is a Sacrament through which we receive the Holy Ghost to make us strong and perfect Christians and soldiers of Jesus Christ.

Hugh of St. Victor on the Sacraments of the Christian Faith 1140 A.D.

“For the Incarnate Word is our king, Who came into this world to war with the devil; and all the saints who were before His coming are soldiers as it were, going before their king, and those who have come after and will come, even to the end of the world, are soldiers following their king. And the king Himself is in the midst of His army and proceeds protected and surrounded on all sides by His columns. And although in a multitude as vast as this, the kind of arms differ in the sacraments and observance of the peoples preceding and following, yet all are really serving the one king and following the one banner; all are pursuing the one enemy and are being crowned by the one victory.”

“Just as Christ, after His baptism and the coming upon Him of the Holy Spirit went forth and defeated the adversary, so also with you. After holy Baptism and the Mystical Chrism, having put on the full suit of armor of the Holy Spirit, you are to withstand the power of the adversary, and defeat him, saying, ‘I am able to do all things in Christ, Who strengthens me.’”

Here, St. Cyril tells us two things. That the enemy with whom we will do battle is none other than the one whom our king Himself defeated in the desert — Satan. But before any soldier can go into battle, he must first be fully trained, fully armed, fully strengthened, and fully protected. On this point, St. Cyril tells us that it is through this Sacrament of Confirmation that we will put on the full suit of armor that is the Holy Spirit Himself. Hence you become a “knight in shining armor.” And the armor that you will be clothed with shines with the glory of God Himself, and it will be our King who strengthens us in this sacrament.

A. One may and should add a new name to his own at Confirmation, especially when the name of a saint has not been given in Baptism.

A. The bishop is the ordinary minister of Confirmation.

Q. 676. Why do we say the bishop is the “ordinary minister” of Confirmation?

A. We say the bishop is the ordinary minister of Confirmation because in some foreign missions, where bishops have not yet been appointed, the Holy Father permits one of the priests to administer Confirmation with the Holy Oil blessed by the bishop.

Q. 677. How does the bishop give Confirmation?

A. The bishop extends his hands over those who are to be confirmed, prays that they may receive the Holy Ghost, and anoints the forehead of each with holy chrism in the form of a cross.

Q. 691. To receive Confirmation worthily is it necessary to be in the state of grace?

A. To receive Confirmation worthily it is necessary to be in the state of grace.

Q. 692. What special preparation should be made to receive Confirmation?

A. Persons of an age to learn should know the chief mysteries of faith and the duties of a Christian, and be instructed in the nature and effects of this Sacrament.

Q. 696. Is Confirmation necessary for salvation?

A. Confirmation is not so necessary for salvation that we could not be saved without it, for it is not given to infants even in danger of death; nevertheless, there is a divine command obliging all to receive it, if possible. Persons who have not been confirmed in youth should make every effort to be confirmed later in life.

III. The Effects of Confirmation

1302 – It is evident from its celebration that the effect of the sacrament of Confirmation is the full outpouring of the Holy Spirit as once granted to the apostles on the day of Pentecost.

1303 – From this fact, Confirmation brings an increase and deepening of baptismal grace:

– it roots us more deeply in the divine filiation which makes us cry, “Abba! Father!”;115

– it unites us more firmly to Christ;

– it increases the gifts of the Holy Spirit in us;

– it renders our bond with the Church more perfect;116

– it gives us a special strength of the Holy Spirit to spread and defend the faith by word and action as true witnesses of Christ, to confess the name of Christ boldly, and never to be ashamed of the Cross:117

Now when the Apostles at Jerusalem heard that Samaria had received the word of God, they sent to them Peter and John, who came down and prayed for them that they might receive the Holy Spirit; for it had not yet fallen on any of them, but they had only been baptized in the name of the Lord Jesus. They then laid their hands on them and they received the Holy Spirit. (Acts 8:14-17)

“And Paul said, John baptized with the baptism of repentance, telling the people to believe in the one who was to come after him, that is Jesus. On hearing this, they were baptized in the name of the Lord Jesus. And when Paul had laid his hands upon them, the Holy Spirit came on them…”(Acts 19:4-6).

But it is God who establishes us with you in Christ, and has commissioned us; He has put His seal upon us and given us His Spirit in our hearts as a guarantee” (2Cor 1:21).