MORE FROM EWTN
FAITH & RESOURCES
Welcome to EWTN GB - Global Catholic Television Network - Copyright ©
Trending News
HomeArticleWhat is the communion of saints and what are some Bible passages that refer to it?

What is the communion of saints and what are some Bible passages that refer to it? 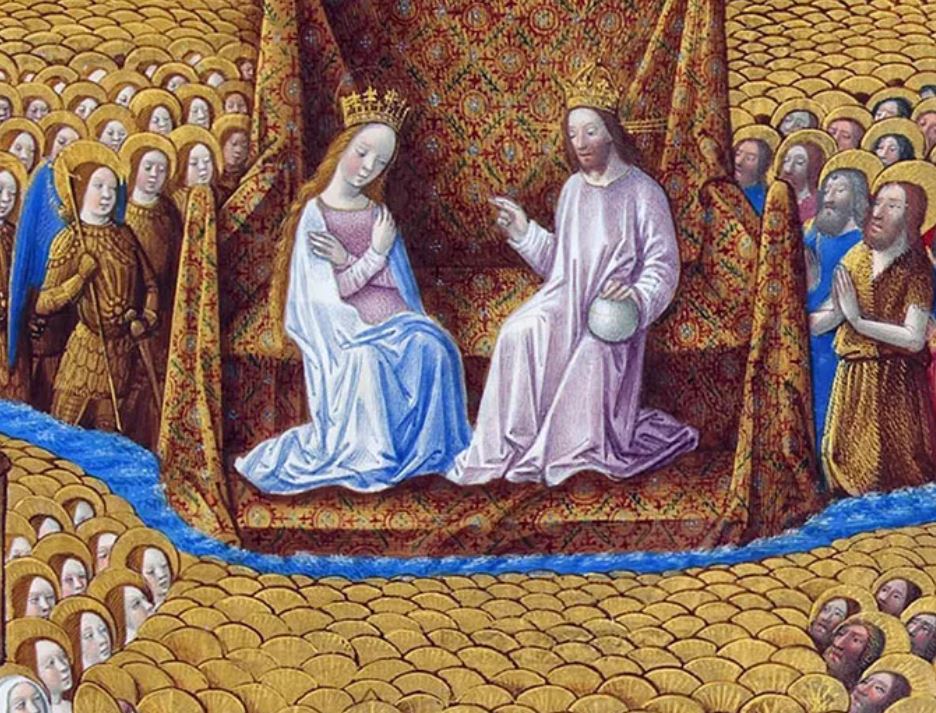 What is the communion of saints and what are some Bible passages that refer to it?

960 – The Church is a “communion of saints”: this expression refers first to the “holy things” (sancta), above all the Eucharist, by which “the unity of believers, who form one body in Christ, is both represented and brought about” (LG3).

961 -The term “communion of saints” refers also to the communion of “holy persons” (sancti) in Christ who “died for all,” so that what each one does or suffers in and for Christ bears fruit for all.

962 -“We believe in the communion of all the faithful of Christ, those who are pilgrims on earth, the dead who are being purified, and the blessed in heaven, all together forming one Church; and we believe that in this communion, the merciful love of God and his saints is always [attentive] to our prayers” (Paul VI,CPG§ 30).

For just asthe body is one and has many members, and all the members of the body, though many, are one body,so it is with Christ.Forin one Spirit we were all baptized into one body—Jews or Greeks, slavesor free—andall were made to drink of one Spirit.

For I am sure that neither death nor life, nor angels nor rulers, nor things present nor things to come, nor powers,nor height nor depth, nor anything else in all creation, will be able to separate us from the love of God in Christ Jesus our Lord.

Andhe put all things under his feet and gave him ashead over all things to the church,23which is his body,the fullness of himwho fillsall in all.

NowI rejoice in my sufferings for your sake, and in my fleshI am filling upwhat is lacking in Christ’s afflictionsfor the sake of his body, that is, the church…

The communion of saints is the spiritual solidarity which binds together the faithful on earth, the souls in purgatory, and the saints in heaven in the organic unity of the same mystical body under Christ its head, and in a constant interchange of supernatural offices. The participants in that solidarity are called saints by reason of their destination and of their partaking of the fruits of the Redemption (I Cor., i, 2-Greek Text). The damned are thus excluded from the communion of saints. The living, even if they do not belong to the body of the true Church, share in it according to the measure of their union with Christ and with the soul of the Church. St. Thomas teaches (III:8:4) that the angels, though not redeemed, enter the communion of saints because they come under Christ’s power and receive of His gratia capitis. The solidarity itself implies a variety of inter-relations: within the Church Militant, not only the participation in the same faith, sacraments, and government, but also a mutual exchange of examples, prayers, merits, and satisfactions; between the Church on earth on the one hand, and purgatory and heaven on the other, suffrages, invocation, intercession, veneration. These connotations belong here only in so far as they integrate the transcendent idea of spiritual solidarity between all the children of God. Thus understood, the communion of saints, though formally defined only in its particular bearings (Council of Trent, Sess. XXV, decrees on purgatory; on the invocation, veneration, and relics of saints and of sacred images; on indulgences), is, nevertheless, dogma commonly taught and accepted in the Church. It is true that the Catechism of the Council of Trent (Pt. I, ch. x) seems at first sight to limit to the living the bearing of the phrase contained in the Creed, but by making the communion of saints an exponent and function, as it were, of the preceding clause, “the Holy Catholic Church”, it really extends to what it calls the Church’s “constituent parts, one gone before, the other following every day”; the broad principle it enunciates thus: “every pious and holy action done by one belongs and is profitable to all, through charity which seeketh not her own”.