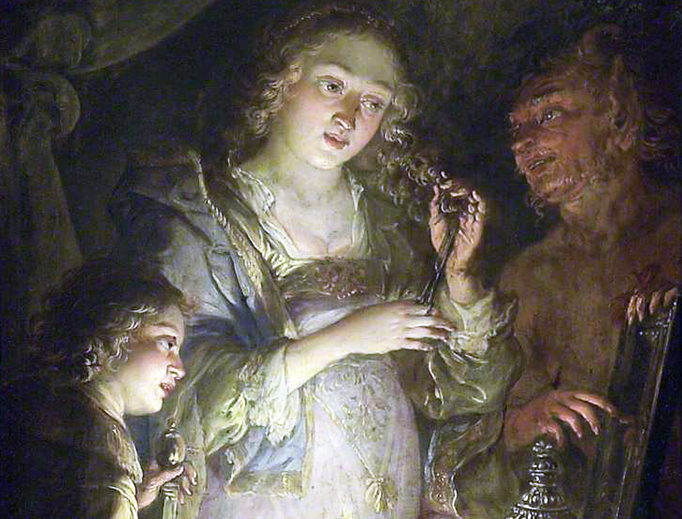 Chesterton was right. We are what’s wrong with the world.

It is over a century since G. K. Chesterton published his book What’s Wrong with the World. He had originally wanted to call it “What’s Wrong” but the publisher insisted on the longer title. In its pages the multitudinous problems associated with modernity are analyzed and solutions are posited.

The reader will note that neither the title of Chesterton’s book, in either its shorter or longer form, is phrased as a question but is asserted as a statement. The reason for this is simple. The Catholic Church is not confused about what’s wrong with the world. She knows what’s wrong, has stated definitively what’s wrong, and has taught dogmatically what is needed to put things right. If, however, we are asked the question, “what’s wrong with the world?,” we should answer as Chesterton is said to have done when asked it. “I am,” he replied.

The problem is that we are the problem. It is fallen, broken humanity which is at the root of what’s wrong with the world.

“I am,” says Chesterton.

“We are,” we should respond in chorus.

“The Christian ideal has not been tried and found wanting,” says Chesterton, “it has been found difficult and left untried.”

And this is the problem. This is what’s wrong.

We are called to love, which is to lay down our lives for others, but this only possible if we have the humility to put ourselves second or last. If we have pride and not humility we will put ourselves first and others second or last. If we have pride, we will demand our rights and will not embrace our responsibilities. And without putting our responsibilities before our rights we cannot be good spouses, good parents, or good citizens. We will be animated by our own demands for what we want and not by the demands placed upon us by those who are in need of our love. We will be the problem. We will be what’s wrong with the world.

Once this pride has gained pride of place in society, through the rejection of the humility necessary for love, we will have the rise of tyranny.

Pride is the absence of love, and the absence of love is the source of injustice. It follows, therefore, as night follows day, that pride precedes the fall into the anarchy which leads to tyranny, the latter of which can be described as the rule of the proud and ruthless over the weak and the meek.

But how is this tyranny to be countered? How is it to be fought? If we know what’s wrong, what can we do to put it right?

These are good questions.

We are to fight pride with the humility which is its worst enemy and the antidote to its poison. We are to strive in our own lives to overcome the pride in our hearts with the humility necessary to defeat it. We cannot do it alone. We need the help of others. We need the help of our neighbors but we also need the help of our God. Without His help, we can do nothing. We must begin, therefore, with prayer. We must begin with placing our own feeble “I am” at the service of the ultimate “I AM” who rules the cosmos. It is then that we will live the sort of lives that nourish and nurture the resurrection of justice through the revitalization of the family and the reinvigoration of local communities and local economies. It is then that we will change the world for the better with every person we meet and with every dollar we spend, remembering that the spending of money is always a moral act which makes the world a better or a worse place.

We cannot defeat pride itself, which is bigger than us, but we can defeat the pride within ourselves by giving ourselves to others. The proud, like the poor, are always with us, at least in this life, but we can make this life better by preparing ourselves well for the next. We can reach for heaven and make the world a better and more just place at the same time.

Chesterton was right. We are what’s wrong with the world. Let’s begin with ourselves by giving ourselves to others. We will not make a heaven on earth but we will be storing up treasures in heaven and making the world a better place at the same time. It’s a wonderful win-win situation.

English Bishop Reflects on the Way...