What Justice Scalia Can Still Teach Us 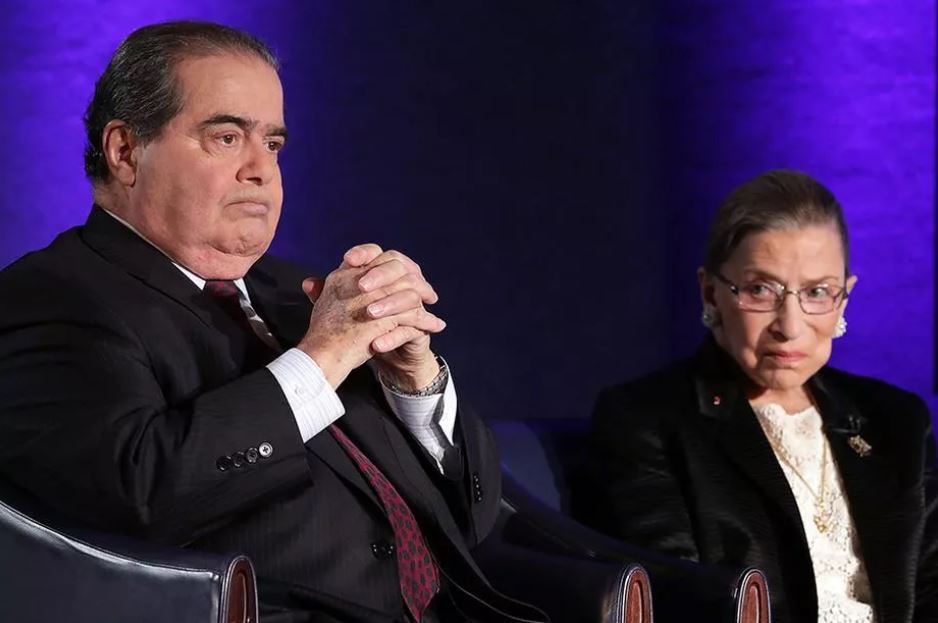 What Justice Scalia Can Still Teach Us

Evangelization presumes friendship with non-Catholics — it’s difficult to communicate the Gospel to those whose friendship you refuse.

Many of the news stories about the recently-departed Supreme Court Justice Ruth Bader Ginsburg have highlighted the fact that she and her late colleague Antonin Scalia shared a close friendship. Reporters often ask in bewildermentHow could that be?How is it possible that an originalist and a progressive could share anything approaching civility, much less friendship?In our currentme-versus-everyone-who-disagrees-with-meculture, it is important that we address that question.

In her eulogy for Antonin Scalia, Ginsburg quoted him when asked how he could be friends with Ginsburg. Scalia answered: “I attack ideas; I don’t attack people. Some very good people have some very bad ideas. And if you can’t separate the two, you’ve got to get another day job.”

For a man noted for his brilliant opinions, Antonin Scalia may have never offered us better counsel. So much sadness and misery in our world today could be lessened if we followed his advice. So many worthwhile friendships could be gained.

It’s strange how unimportant friendship has become. We used to celebrate friendship as a key component of the good life, yet nowadays we dismiss both friends and would-be friends if they disagree with our political opinions. And it’s rare that our personal disagreements with others are about something as serious as abortion. For too many, the fight is about a relatively insignificant matter that was highlighted on our favorite news program the day before. Such brawls are often enough to destroy a friendship. We let our friendships teeter on such a tenuous precipice that we simply become acclimated to going without friends.

This approach does not do much to help our evangelization efforts, either.

Evangelizationpresumesfriendship with non-Catholics. After all, it is difficult to communicate the Good News of the Gospel to those whose friendship you refuse. Evangelizationrequiressomething that my good friend Dr. Onalee McGraw often speaks about: recognizing our common humanity. When we look into the eyes of another, we must remember that this is a person whom God has loved from all eternity. Shouldn’t we love him or her too?

Of course, none of this means that we must silence our faith or refuse to “attack bad ideas,” but it does mean that few people will listen to us if we fail to eitherloveorlikethem.

Notwithstanding any of this, when some of us hear stories and see pictures of the Scalia/Ginsburg friendship, we scratch our heads. That might say very little about Ginsburg and Scalia, but very much about us.

And as we offer our prayers for her departed soul (because that is the proper Catholic response always and everywhere), we might do well to remember that Ruth Bader Ginsburg thought thatRoewas a bad decision, or at least one that overreached the Constitutional boundaries of the judiciary. To be sure, Ginsburg was in favor of legalized abortion, which is a morally indefensible stance. Buther comments specifically onRoein 1992were tougher on that decision that any recent Republican candidate before the Senate Judiciary Committee, who seem to trip over themselves in a nod to precedent. She writes thatRoeworked “to fashion a regime blanketing the subject, a set of rules that displaced virtually every state law then in force.”

It’s a pity that many Republicans have failed to make that same point lately.

One last point. As Aristotle observed long ago, law is pedagogic: that is, law is a teacher and a guide for a citizenry. Sadly, the classic components of law such asprudenceandcommon goodandorigination in eternal lawhave been largely rejected by much of the jurisprudential and legislative elite. Nevertheless, a nation’s ordinances — the sum total of regulations that determine what islegaland what isillegal —serve as an expression of what society considers right and wrong. This is one of the reasons that we must work and pray so hard to overturnRoe.

But if the blessed day comes when the Supreme Court overturnsRoe, our pro-life work is not finished by any means.

It is also for me to examine myself and ask how I can be a better Christian, and a better friend.