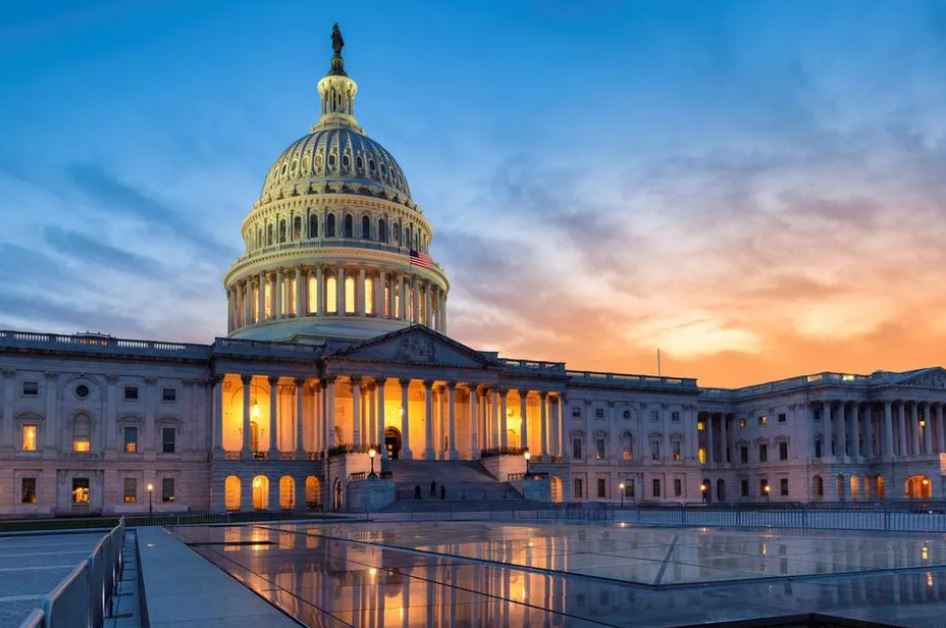 The pro-life Susan B. Anthony List and its partner Women Speak Out PAC are “all-in” for the two Republicans Kelly Loeffler and David Perdue, spending more than $4 million in the two races and aiming to reach 1 million voters before election day.

WASHINGTON — With nearly all U.S. House and Senate races decided, Congress will be sharply divided the next two years—possibly undermining the viability of extreme pro-abortion policies.

A Senate majority will hinge upon two Jan. 5 runoff elections in Georgia. Republicans would only need one of these seats to keep the Senate, but if Democrats sweep both races then they would effectively hold a majority in the chamber, with Vice President-elect Kamala Harris being a tiebreaker in a 50-50 vote scenario.

The pro-life Susan B. Anthony List and its partner Women Speak Out PAC are “all-in” for the two Republicans Kelly Loeffler and David Perdue, spending more than $4 million in the two races and aiming to reach 1 million voters before election day.

However, even if the Democrats sweep in Georgia, their narrow majorities would be more tenuous than anticipated—and could mean the abandonment of some of the more extreme goals that had been suggested ahead of the election.

Two changes that Senate Democrats flirted with before the election—abolishing the filibuster and adding justices to the Supreme Court—are possibly dead.

Both measures could have imperiled pro-life hopes, as pro-abortion bills would only need 51 votes to pass the chamber if the filibuster were abolished, and an expanded Supreme Court could further thwart any state attempts to restrict abortions.

“I do think that court-packing is dead for the foreseeable future,” Rammesh Ponnuru, senior editor at National Review, told EWTN Pro-Life Weekly on Nov. 5. “They [Democrats] are going to have a razor-thin [Senate] majority, they’re probably not going to even have that.”

President-elect Joe Biden would also need the support of the Senate to make cabinet appointments and nominations to federal courts.

Republican or Democratic control of the chamber thus could play a significant role in the number and rate of Biden’s appointments —particularly the confirmation of any judges who would rule in favor of pro-abortion groups.

During the lame-duck session, Congress will be pressured to pass another coronavirus relief package. Pro-life leaders have warned that health spending in such a bill could contain new funding streams for abortions, although it remains to be seen if Democrats would choose to pick a fight on that issue before the new Congress begins.

Even in the House, Republican gains could spur the abandonment of some pro-abortion policies such as repealing the Hyde Amendment, which prohibits funding of elective abortions in Medicaid.

With all but four of the races decided by Friday morning, Democrats will have at least 222 seats in the House. However, Republicans have already gained nine seats in total, and of the four outstanding races, they hold narrow leads in three of them — California’s 21st and 25th districts, and Iowa’s 2nd district — and a larger lead in New York’s 22nd district.

If Republicans sweep all four races, they would have only a nine-vote deficit. That would narrow the margin of success for Democratic priorities such as repealing Hyde.

Speaker Pelosi said in August that she would not include the Hyde Amendment on spending bills in 2021. President-elect Biden has promised to undo the pro-life policy as well.

Chronicling C.S. Lewis: On the Set of the Latest Lewis-Inspired Film

“I think it would be a terrible political mistake,” said outgoing Rep. Dan Lipinski,, D-Ill., to CNA last week. He noted that “a substantial majority of Americans support the Hyde Amendment,” and that “the party really put itself on the defensive” by trying to repeal it.

“I’m not sure if the votes would even be there in the House, much less the Senate, to get rid of the Hyde Amendment,” Lipinski said.

Nevertheless, he added, pro-lifers will have to be vigilant against the possibility of such a repeal.

Another consequence of the elections is the further entrenchment of the pro-life lobby within the Republican Party.

With the defeat of Lipinski, D-Ill., in his March primary, and Rep. Collin Peterson, D-Minn., being unseated in the general election, there will be no House Democrats next year with the endorsement of Democrats for Life of America.

Rep. Ben McAdams, D-Utah, also voted with pro-lifers some of the time, but lost his race as well. McAdams, Lipinski and Peterson were the only House Democrats not to receive an “F” rating from the pro-life Susan B. Anthony List. While Rep. Henry Cuellar, D-Texas, is known to sometimes support pro-life bills, he was not endorsed by Democrats for Life, and had a “F” rating from Susan B. Anthony List.

Lipinski warned that the pro-life cause should not be concentrated in one political party, but admitted that it has become harder to run for Congress as a pro-life Democrat.

“I think it’s bad for the pro-life movement if this becomes a one-party issue,” he said, noting that Republicans can more easily “take pro-life voters for granted.”

“I really think there’s going to have to be a concerted effort by pro-life groups to try to get some Democrats elected to Congress. And that’s going to mean getting involved in Democratic primaries,” he said.