What St. Paul Did During His Two Years of “Sheltering-in-Place” 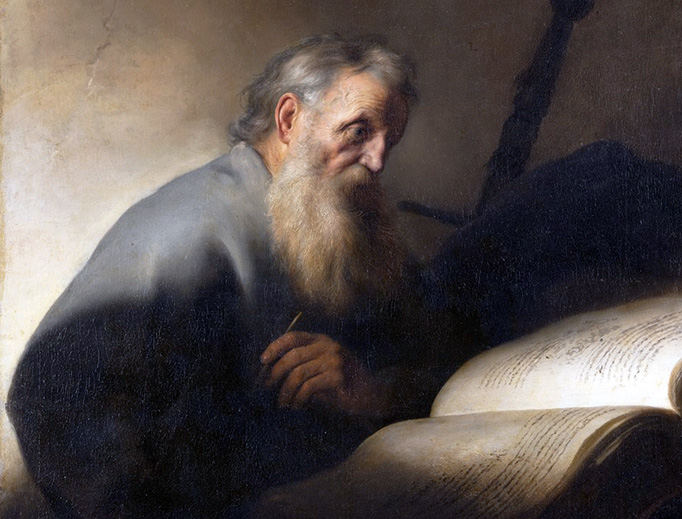 What St. Paul Did During His Two Years of “Sheltering-in-Place”

“Not that I complain of want; for I have learned, in whatever state I am, to be content.” (Philippians 4:11)

Staying at home doesn’t have the same appeal as it did before this spring when, after a busy day of work or school, we looked forward to crashing on the couch in the evening.

As summer approaches and COVID-19 stay-at-home restrictions are gradually being lifted, I think many of us will be glad to go out for more than just groceries.

St. Paul would understand those feelings. Toward the end of his ministry, he was required to spend two years under house arrest in Rome. To make matters worse, he was bound by a chain and assigned a guard during that time, making it impossible even to slip outside for fresh air.

Despite these limitations, St. Paul continued to preach to crowds that came to his home, helped to build up the Church in Rome and probably wrote four epistles.

St. Paul’s experience of “sheltering in place” was just the latest chapter in the saga of his arrest for violating temple law and his effort to clear his name. Before that, he had been held prisoner for two years in a Caesarea jail and had survived a catastrophic sea voyage on the way to Rome.

The problem started in Jerusalem, where Jewish leaders accused him of bringing a non-Jew into the Temple and being “a pestilent fellow, an agitator among all the Jews throughout the world and a ringleader of the sect of the Nazarenes” (Acts of the Apostles 24:5). St. Paul was sent to the governor in Caesarea, where he was interrogated a number of times and held for two years.

Because he was a Roman citizen, St. Paul appealed his case to Caesar. He was sent to Rome and was nearly shipwrecked in a violent storm before the boat eventually ran aground off the coast of Malta.

In Rome he was permitted to live in his own rented dwelling rather than in prison by officials who looked favorably on him. It’s believed he was eventually acquitted.

Christians including Saints Luke, Timothy and Mark supported St. Paul during his captivity, according to Wayne Jackson of the Christian Courier.

Acts 28:30 states: “He lived there two whole years at his own expense, and welcomed all who came to him, preaching the kingdom of God and teaching about the Lord Jesus Christ quite openly and unhindered.”

Soon after his arrival in Rome, St. Paul spoke with the local leaders of the Jews, but some didn’t accept his message. Nonetheless he became well-known in the city for his preaching as he described:

I want you to know, brethren, that what has happened to me has really served to advance the gospel, so that it has become known throughout the whole praetorian guard and to all the rest that my imprisonment is for Christ; and most of the brethren have been made confident in the Lord because of my imprisonment. (Philippians 1:12-14)

It’s likely that St. Paul wrote this letter to the Philippians along with letters to the Ephesians, Colossians and Philemon during this period of house arrest, Jackson wrote. In these letters St. Paul refers to himself as a “prisoner of Christ or of the Lord and an “ambassador in chains. He also makes numerous references to his “bonds.”

The Acts of the Apostles end as St. Paul is living as a prisoner in his home — the book provides no more information about his actions after that. But in 2 Timothy 15-18 the saint reveals that he may have gone to Macedonia after leaving Rome. When he later returned to the city, he was arrested and beheaded around A.D. 66-68 at Aquae Salviae, now known as Tre Fontane.

Even with the support of friends, St. Paul’s two years of house arrest must have been difficult, especially since he was used to frequent travel and evangelizing. Still, he used his time well and made a significant impact on the growing Christian community, government officials and soldiers, along with his Roman neighbors.

St. Paul must have been thinking about his stay-at-home time when he wrote in Philippians 4:11: “Not that I complain of want; for I have learned, in whatever state I am, to be content.”