When Was Jesus Born? Italian Researcher Puts Christ’s Birth in December, 1 BC 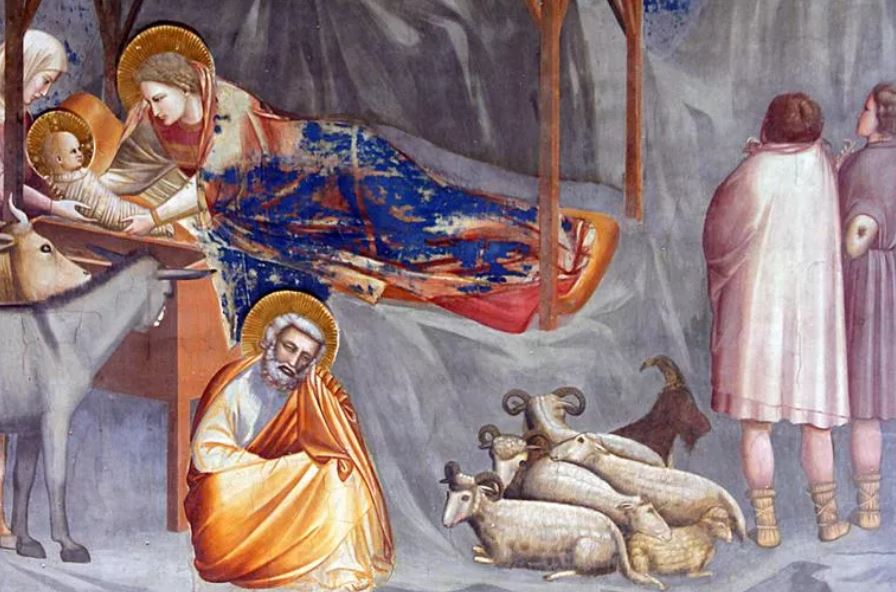 When Was Jesus Born? Italian Researcher Puts Christ’s Birth in December, 1 BC

An Interview with Professor Liberato De Caro of the Institute of Crystallography of the National Research Council in Bari, Italy

ROME — As Christmas approaches, debate often arises over when exactly Jesus was born. Did the Nativity really happen during winter in Bethlehem 2,020 years ago? Recent research by a group of Italian researchers suggests that it did.

Liberato De Caro, Ph.D., of the Institute of Crystallography of the National Research Council in Bari, Italy, who led the research, proposes that the date of Jesus’ birth can be ascertained through an understanding of the Jewish pilgrimages that took place at that time, and how their connections with Mary’s visit to Elizabeth — and Mary’s reaction to Elizabeth expecting John the Baptist, and the death of Herod the Great — point to the date of Jesus’ birth taking place in December 1 BC.

He explains his findings in this interview with the Register, the first of a series with De Caro, who has also investigated astronomical evidence of a Star of Bethlehem visible at the time of Jesus’ birth, and the true date of Christ’s crucifixion and resurrection.

Dr. De Caro, your research has shown that there are valid historical, calendar and astronomical reasons to place the Nativity during the winter of 1 BC. Can you explain how you came to this empirical conclusion?

My studies on the chronology of Jesus’ life are the result of a fruitful collaboration with Prof. Fernando La Greca, of the Department of Humanistic Studies at the University of Salerno.

First of all, it is useful to recall that the Hebrew calendar is lunisolar. Twelve lunar months last 11 days less than a solar year, so 11 days times three equals about a month. Therefore, to realign the Hebrew calendar with the seasons, it is needed to add a 13th month about every three years, at the end of the year, that falls in early spring. The year with 13 months is called “embolismic.”

As well as this premise, it is also important to remember that a historical reconstruction of the events that happened in the life of Jesus is not the main reason why the Gospels were written. Nevertheless, they contain very compelling chronological information. Think, for example, of the birth of Jesus at the beginning of winter. How can this information be deduced directly from the canonical Gospels? When you think about it, if the chronological record in the Lucanian Gospel that Elizabeth was pregnant in the sixth month, at the time of the Annunciation, is related to the temporal frequency of the pilgrimage feasts in Jerusalem, this becomes very important regarding the possible period of the year when Jesus would have been born.

In fact, three pilgrimages took place: one at Passover, another at [Jewish] Pentecost (50 days after Passover) and the third at the Feast of the Tabernacles (six months after Passover). Therefore, the maximum period that could elapse between two successive pilgrimages was six months — from the Feast of the Tabernacles to the following Passover — or seven months according to embolismic years. Luke notes how Joseph and Mary were pilgrims in accordance with the Mosaic Law (Luke 2:41), which required a pilgrimage to Jerusalem on the three feasts previously mentioned.

What is the significance of the pilgrimages?

It is therefore entirely plausible to assume that if there had been a pilgrimage feast between the annunciation of the angel to Zechariah [that Elizabeth would give birth to John the Baptist] and the Annunciation, Joseph would have gone to Jerusalem and would already have known from the priest Zechariah about the unexpected pregnancy of his wife Elizabeth, a relative of Mary, since she was old to have children. Such important news could not be kept silent.

Since Mary, at the time of the Annunciation, did not know of Elizabeth’s pregnancy, it is necessarily inferred that no pilgrimages had taken place at least five months before that moment, since Elizabeth was already in the sixth month of pregnancy. If, for example, three months before the Annunciation there had been a pilgrimage, Zechariah and Joseph would have already met in Jerusalem and, on their return to Nazareth, Mary would have already been informed of the pregnancy of her elderly relative. At the time of the Annunciation, however, Mary knew nothing. At least this is what seems to emerge from the Lucanian story, following the news of the angel, and because Elizabeth’s pregnancy seems to be completely unexpected for Mary.

What does this tell us?

All this implies that the Annunciation should have happened at least five months after a pilgrimage feast. Since the intervals between Passover and Pentecost, and between the latter and the Feast of the Tabernacles are less than five months, it follows that the period in which to place the Annunciation is the period between the Feast of the Tabernacles and Passover, and that the angel’s visit to Mary must necessarily fall very close and just before Passover. The Jewish Passover began the liturgical year and fell in the first full moon of spring — normally at the end of March, beginning of April. If we add the nine months of the duration of a pregnancy we arrive at the end of December, the beginning of January. Consequently, the Nativity could actually have taken place during the period of the year handed down through the centuries by the Tradition of the Churches of the West and the East.

Given this historical background to the Nativity, how did you ascertain the exact year of Jesus’ birth?

Regarding the year of Jesus’ birth, there is a long patristic tradition that converges towards the conventional dating of the beginning of the Christian era. However, since E. Schürer’s studies at the end of 1800s, the opinion of many historians has changed. In fact, the Gospels (Matthew 2:1) tell us about the Herod the Great’s so-called massacre of the Innocents carried out in an attempt to suppress the newborn Jesus. Herod, therefore, had to be still alive in the year in which Jesus was born. According to historian Josephus Flavius, Herod the Great died after an eclipse of the moon that was visible from Jerusalem. Astronomy therefore becomes useful to date his death and, consequently, the year of Jesus’ birth.

E. Schürer, who was not an astronomer, searching the astronomical almanacs of his time, found an eclipse of the moon, visible from Jerusalem in March 4 BC. From this astronomical data and other historical considerations Schürer deduced the date of Herod’s death in 4 BC. Since then, the calculation of the beginning of the Christian era made, about 14 centuries ago, by Dionysius Exiguus has been questioned and today it is believed that the birth of Jesus should take place at least in 5 BC.

However, an accurate astronomical analysis of the possible lunar eclipses associated with the death of Herod the Great — now possible thanks to the studies of astronomer B.E. Schaefer and a more detailed description of the physical mechanisms that limit the visibility to the naked eye of such astronomical phenomena — shows that the eclipse of 4 BC would have had a very low probability of being noticed by any observers. At the end of the 1800s, when Schürer conducted his research, it was not known that a partial eclipse such as that of 4 BC would not be visible to the naked eye…

The invisibility to the naked eye of the lunar eclipse of 4 BC was demonstrated only in the 1990s. Unfortunately, contemporary historians, while having greater access than their past colleagues to the discoveries of other disciplines — especially scientific ones — do not always take advantage of these studies, in this case astronomical ones, and remain anchored to research results dating back more than a century and which, today, could even be considered outdated.

Ultimately, based on the most accurate analysis possible today of the visibility to the naked eye of the lunar eclipses, the search for one of it really visible in Judea 2,000 years ago, placed in relation to other chronological and historical elements deduced from the writings of Josephus Flavius and Roman history, leads to a single possible solution — namely, a dating of the death of Herod the Great occurring in AD 2-3, compatible with the conventional beginning of the Christian era — i.e., the Nativity occurred at the end of the year 1 BC.

This interview was translated from the original Italian.