Which Catholic Bible Translation is the Best? 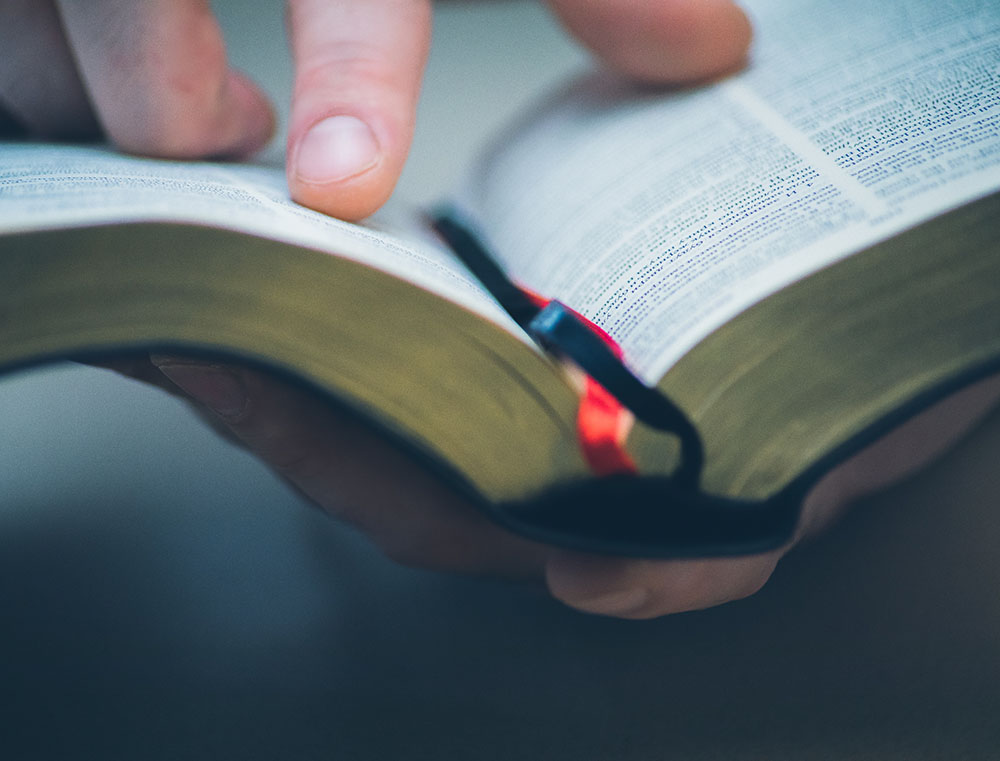 Which Catholic Bible Translation is the Best?

Recently a number of popular Bibles have been published — including the Didache Bible, the Ignatius Study Bible, the Word on Fire Bible, and the Great Adventure Catholic Bible. Which is right for you?

Running multiple Catholic groups on various platforms from Facebook to Discord, a frequent question and discussion that comes up is, “Which Bible is right for me?” This is always a loaded question with several possible answers based on a myriad of likes, needs and goals.

As a convert, I often feel like I’m at an advantage. Not because I “know Scripture better” than a Catholic — which seems to be the assumption — but because becoming frequented with multiple translations and Bible types is almost a requirement for success as a Protestant. I still own Bibles such asThe Message Bible, theArchaeological Study Bible, theApologetics Study Bible, and several others. I also am familiar with numerous translation from KJV to NIV to the Living Bible and the Good News Translation. And yes, in my Protestant days, I duked it out with many friends over which is the best translation.

But as a Catholic, obviously, I treat the Bible much differently. As a matter of discipline, I affirm that “it is not from Sacred Scripture alone that the Church draws her certainty about everything which has been revealed. Therefore, both sacred tradition and Sacred Scripture are to be accepted and venerated with the same sense of loyalty and reverence” (Dei Verbum, 9).

And as a matter of use, I do believe that “all Scripture is divinely inspired and has its use for teaching the truth and refuting error, for reformation of manners and discipline in right living, so that the man who belongs to God may be efficient and equipped for good work of every kind” (2 Timothy 3:16-17).

After eight years as a Catholic, I have never been in a more secure, sustained and fulfilled state of faith than I am now. And yet, I own over 10 different Catholic Bibles! No, becoming a Catholic did not suppress my love for the Scriptures — the Church has matured and satiated my desire for a deeper and more scriptural understanding of Jesus and his Church. But yeah, we have a few Bibles, too.

And that can be confusing for Catholics, which is why they inevitably ask the question, “Which Bible should I buy?” There’s a few in particular, I usually find, that they have their eye on or have in mind.

Recently a number of high quality and highly popular Bibles have been published. I call these niche Bibles, since they don’t just belong to a publisher, but address a certain place in Catholic studies — salvation history, apologetics, Church life or catechesis in general.

The four most popular of these are, in my opinion, theDidache Bible, theIgnatius Study Bible, theWord on Fire Bible, and theGreat Adventure Catholic Bible. I want to tell you about these — perhaps elucidating which one you should buy — but first, what every Catholic needs to know is the differences in translations. There are four commonly used translations:

Douay-Rheims Bible.This was the standard English translation, in some variation or another, until the 1960s, and still, its powerful voice grabs our attention: the “Thou shalt not have any strange Gods before me” still convicts readers.
New American Bible (NAB). This is the most widely used Catholic Bible in the United States. Produced by the USCCB with the Catholic Bible Association, it is the translation that is used for Mass readings. It is a “literal” translation, and it generally reads well.
Revised Standard Version Catholic Edition (RSVCE). For its accuracy, ease, and readability, the RSVCE has been the leading choice for scholars for most of the 20th century and to the present. It is a “very literal” translation — so accuracy might be perceived as higher fidelity for some — and is preferred by many.
New Jerusalem Bible (NJB). A “dynamic equivalence” translation; the translation’s effect on its reader is meant to be roughly the same as the effect of the source text on its source reader. This makes the NJB a readable and accurate translation. The humble use of inclusive language gives this translation a special feel, and many readers appreciate the poetic sections.

There are others, and you’ll come across some variations to these below. One thing I always choose to note is that if/when you are reading about these translations and maybe see something like, “This is what [so and so big name Catholic] uses” you might want to reframe that. The fact is, Catholic scholars and Bible scholars use multiple translations not just for study but for analysis, private reading and so on. I always steer these conversations to one important point: one translation is not necessarily “better” than another — they each have a different use and objective.

This is the newest on this list of Bibles to consider buying, and it’s an awesome resource. I’d say its niche is emphasizing the application of the text, highlighting sacred art, and helping the reader understand the use of the Scripture. From the website: “The mission of this Bible is evangelical. It is meant to introduce not mere facts but a person: Jesus Christ.”

It does this with several essays from Word on Fire frontman, Bishop Robert Barron. It also includes essays from writers familiar to Word on Fire’s brand such as Michael Stevens, Father Stephen Grunow, Brandon Vogt, and saints or figures familiar to viewers of the Word on Fire-produced “Pivotal Players” series like St. John Henry Newman, G.K. Chesterton, and St. Thomas Aquinas. These richly infuse learning and practical application to the adjacent Scripture passages. Along with these helpful commentaries, the book is packed with sacred art from the masters Fra Angelico, Michelangelo and Caravaggio to others like Van Gogh and Monet. They add an element of beauty to the book that is not present in any other Bible I own or know of. It uses a New Revised Standard Version Catholic Edition (NRSVCE) translation, which many see as an improvement to reading quality while retaining the literalness of the words.

This Bible contains only the gospels — perhaps more will be released in the future — and comes in paperback, hardcover, and leather. I own the leather version, and can say is the highest quality binding, and the most luxurious feel of paper I have ever handled. Check outWord on Fire’s websitefor more.

If you’ve never heard of theDidache(pronounced DID-uh-kay), it was an early catechetical document. That might not seem terribly interesting, but it’s worth pointing out because it is an object that shows how Christians in the first or second century (its earliest dating is around A.D. 80) were using, or at least in possession of, a catechism — just like we are! So theDidacheBibleis heavy on that spirit and goal in mind: catechesis, learning the Catholic Faith.

This Bible is superb — well-reviewed and dependable. It expands the Scripture reading to timeless catechesis on common topics of the Faith, but also addresses many current issues and items of interest: abortion, contraception, relativism, etc. It uses the RSV-2CE (Revised Standard Versions Second Catholic Edition) which is considered a more literal version than the RSVCE. If you’re looking for quality catechesis mixed in with your Bible reading, get theDidache Bible.

The Ignatius Study Bible is a masterpiece of a Bible. It has high quality construction that will last for generations, and has the content adjacent to the text that every reader is looking for. Among the pages are numerous commentaries from ancient and saintly scholars, and today’s leading Catholic theologians and apologists. It also contains word studies, topical essays and introduction essays for each book of the Bible to help readers set the tone, know the context, and better understand what they’re about to read. The Ignatius study Bible is also, currently, only the New Testament.

This Bible is a solid source for experienced Catholic scholars and those brand new to reading Scripture — a lifetime of study exists in these pages! It also uses a RSV-2CE translation. I own one and I highly recommend buying a copy of theIgnatius Study Bibleto all Catholics.

My wife is a huge proponent of the Ascension Press “Great Adventure” series, and so are thousands of other Catholics. It’s a highly effective learning system that enables readers to understand the timeline of the Bible, and the connection between events and salvation. The series is highly popular because it works! And theGreat Adventure Catholic Bibleis the apex of this learning experience, as a product.

The color-codingsystem is for easy reference, it contains dozens of articlesappreciate the context of the Bible’s various parts and stories, calls out key events, and has countless charts and maps. And if I’m totally honest, I’ll say I can stare at Bible maps for a good while — the more maps the better. It also uses a RSV-2CE translation. I’d recommend theGreat Adventure Catholic Bibleto readers who really want to understand God’s word and how it relates to history and our present day.

These are Bibles that have taken years to research, develop, produce and make available for readers. Buy any one of these based on your goals and needs, and you’ll be happy. But what’s most important is not letting your Bible become a paperweight. Get one of these, but make sure to read it regularly. Maybe something didn’t make sense during the homily. Maybe you want to know why there was a young, nameless person who ran away naked when Jesus was arrested (Mark 14:51). Or perhaps you just want to read the Bible from cover to cover since you promised yourself years ago that you would. Just be sure to read, pray with, reflect on God’s Word regularly.

What the Council of Ephesus Taught...