Who is the Morning Star in the Bible? Mary, Jesus or Lucifer? 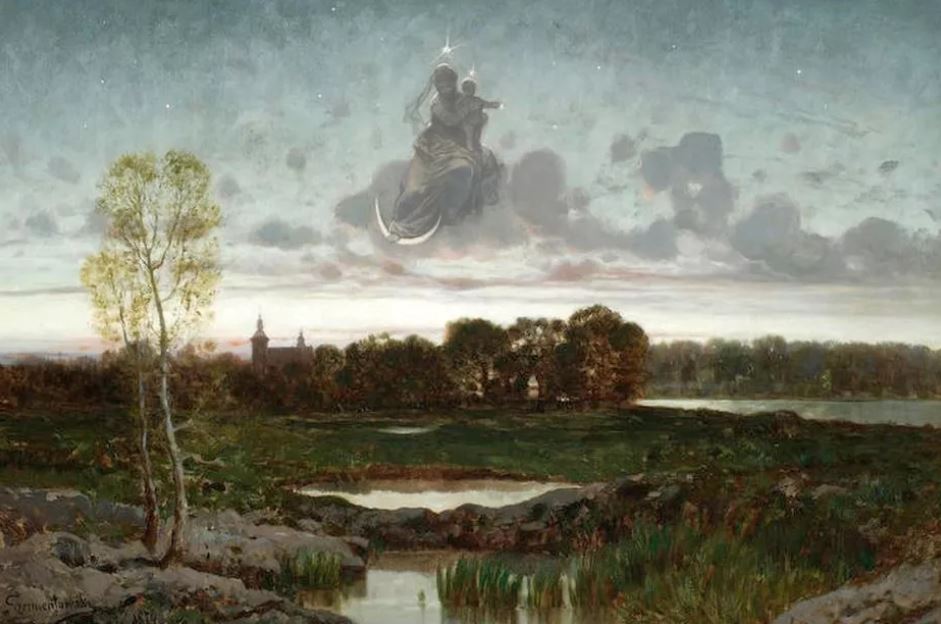 Who is the Morning Star in the Bible? Mary, Jesus or Lucifer?

The morning star is the perfect image of Mary initiating salvation for the world with her fiat, Jesus in the Second Coming from the East, and the former luminous messenger of God.

I was startled about a month ago in a social media forum I administer, when someone asked a pretty simple question that I felt like I had an answer to. It turned into a series of unexpected discoveries about the Bible and Christian words, titles and phrases.

In summary, the question and conversation went something like this.

“Does anyone know why we refer to Mary as ‘Morning Star?’”

“Oh, sure. That refers to her role in salvation as appearing on the horizon, like the morning, reflecting the light of her son to come who would fill the world with light.”

“Okay, that makes sense. Thanks.”

Another person chimes in: “Actually, I’ve heard something similar, but it’s the Bible that refers to Jesus as ‘Morning Star.’”

And yet another commenter: “I’ve seen those both, too, but the Old Testament actually refers to Lucifer as the Morning Star.”

We went from Mary to Satan in an instant. So, which one is it? Is Jesus the morning star? His mother? Or, is it the great accuser, the Devil?

The Blessed Virgin Mary is perhaps the most simple to understand, visually. It should also be familiar phraseology for Catholics. Catholic tradition refers to Mary as the morning star because, like the star that rises early in the morning to reveal the day (Venus), as the Mother of God, “Mary appeared on the horizon of salvation history before Christ,” as Pope St. John Paul II puts it inRedemptoris Mater.

Mary has a special role in the salvation offered to the world through her son, and there is no mistaking that. The name “Morning Star” as a tradition, fits.

This imagery might be stronger than that referring to Mary as Morning Star. But whether or not the imagery is strong, the title has its roots in a prominent place: Sacred Scripture. The Book of Revelation reads, “Behold, I am coming soon, bringing my recompense, to repay every one for what he has done. I am the Alpha and the Omega, the first and the last, the beginning and the end. … I Jesus have sent my angel to you with this testimony for the churches. I am the root and the offspring of David, the bright morning star” (22:12-13, 16).

If he says he’s the morning star, he is. But there’s a reason the metaphor-heavy title is given. It’s not just a proof-text. The imagery comes from eschatology. That is, the study of End Times, the Apocalypse, and the Second Coming. Specifically referring to his return, Jesus told the Apostles, “For as the lightning comes from the east and shines as far as the west, so will be the coming of the Son of man” (Matthew 24:27). If we can look to the east for Jesus’ Second Coming, and morning signals the end of the dark night with the rising of the morning star, Venus, in the east, we have a magnificent image of Jesus as a morning star.

More specifically, Lucifer is referred to as a morning star. Admittedly, this one is a little trickier but has some basis in Scripture. To see Lucifer as the Morning Star, we actually have to go to a non-Catholic translation. The King James Version (KJV) is one of the few English translations for the Luciferian morning star. It’s also one of the most prominent, given its historical treatment and use in developing other translations. The verse is Isaiah 14:12. Compare the KJV with the Revised Standard Version—Catholic Edition (RSVCE).

How art thou fallen from heaven, O Lucifer, son of the morning!
How art thou cut down to the ground, which didst weaken the nations!(KJV)

How you are fallen from heaven, O Day Star, son of Dawn!
How you are cut down to the ground, you who laid the nations low!(RSVCE)

Being translated from Latin, the KJV’s authors make sense:lux/luce/lucimeans light. If we recall that angels — those unfallen — are beings of light, the Prophet Isaiah’s description is accurate in referring to the Devil, prior to his “[fall] from heaven” as a light bearer, a being of light.

On the other hand the RSVCE is more modern, and is a solid scholar’s translation because it uses a literal grammar and word method, and it is also readable. Therefore, “Day Star” is a good translation of what the original Hebrew was meaning to communicate. The Masoretic Text for this title given to the Devil is ?????? which can be transliterated as “heylel” and this means something similar to a “light bearer” or a sense of being in light. As angels are beings of light, a description as “light bearer” fits well. Hence we get Lucifer as a name, which is how it was presented in the Vulgate Latin translation.

But newer Catholic translations do not use the name “Lucifer.” The Douay-Rheims translation does, but others like the NAB — approved and used by the USCCB — use “Morning Star.” And this I say not to be clever, but to make an important point: the Bible does not give a name to the Devil. What the authors of the Sacred Scriptures do is to provide us descriptions of his behavior, of his fallen state, and of his motives. And names perceived in translations are personification of his evil and hostility. He is Satan, Lucifer, Accuser and Beelzebub. In 1 Corinthians 4:4, Paul even calls the Devil the “god of this world.” So what’s important to realize when reading the whole verse in Isaiah is that the Morning Star is referring to the Devil in his former unfallen state.

The biblical authors don’t really care about the name of the Devil, but for the reader to know and take to heart the evils and deceptions of the Devil so that we may guard against them. The Bible does not give a name to the Devil. And it doesn’t need to.

Few sights are as easy to marvel at than the morning star. In the hours of twilight, when the earth is coldest and darkest, a bright star signals the coming of an ever more pleasing and life-giving light. Truly beautiful, the morning star is the perfect image of Mary initiating salvation for the world with herfiat, Jesus in the Second Coming from the East, and the former luminous messenger of God.