Who Was St. Francis of Assisi? 12 Things to Know and Share 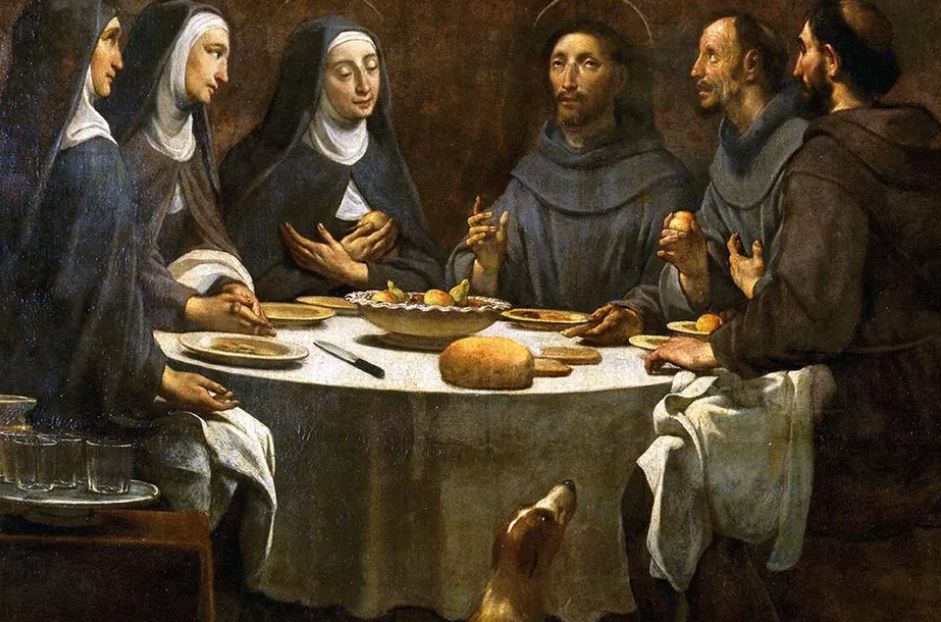 Who Was St. Francis of Assisi? 12 Things to Know and Share

St. Francis of Assisi, pray for us!

St. Francis is one of the most famous saints in Church history.

He’s so significant that the current pope—Pope Francis—chose to take his name.

Oct. 4is his memorial day.

But who was he, and what did he do?

He was born—and he died—in Assisi, Italy, which is somewhat near Rome.

You can read about Assisihere.

Although many people take new names upon entering religious life, this is not how St. Francis originally got his name.

He was born Giovanni (John) di Bernardone, but in his infancy, his father, Pietro (Peter), began calling him Francesco (“the Frenchman”).

We are not sure why.

His family was well-to-do, his father being a wealthy silk merchant.

He was not very studious, and his literary education remained incomplete. Although associated with his father in trade, he showed little liking for a merchant’s career, and his parents seemed to have indulged his every whim.

Certain it is that the saint’s early life gave no presage of the golden years that were to come.

No one loved pleasure more than Francis; he had a ready wit, sang merrily, delighted in fine clothes and showy display.

Handsome, gay, gallant, and courteous, he soon became the prime favorite among the young nobles of Assisi, the foremost in every feat of arms, the leader of the civil revels, the very king of frolic.

But even at this time Francis showed an instinctive sympathy with the poor, and though he spent money lavishly, it still flowed in such channels as to attest a princely magnanimity of spirit.

4) Did he fight in the military?

Yes. According to the Catholic Encyclopedia:

When about twenty, Francis went out with the townsmen to fight the Perugians in one of the petty skirmishes so frequent at that time between the rival cities.

The Assisians were defeated on this occasion, and Francis, being among those taken prisoners, was held captive for more than a year in Perugia.

A low fever which he there contracted appears to have turned his thoughts to the things of eternity; at least the emptiness of the life he had been leading came to him during that long illness.

With returning health, however, Francis’s eagerness after glory reawakened and his fancy wandered in search of victories; at length he resolved to embrace a military career, and circumstances seemed to favor his aspirations.

5) How did his life change?

Not long after his return to Assisi [in 1205], whilst Francis was praying before an ancient crucifix in the forsaken wayside chapel of St. Damian’s below the town, he heard a voice saying: “Go, Francis, and repair my house, which as you see is falling into ruin.”

Taking this behest literally, as referring to the ruinous church wherein he knelt, Francis went to his father’s shop, impulsively bundled together a load of colored drapery, and mounting his horse hastened to Foligno, then a mart [market] of some importance, and there sold both horse and stuff to procure the money needful for the restoration of St. Damian’s.

When, however, the poor priest who officiated there refused to receive the gold thus gotten, Francis flung it from him disdainfully.

6) How did his parents react?

The elder Bernardone, a most niggardly man, was incensed beyond measure at his son’s conduct, and Francis, to avert his father’s wrath, hid himself in a cave near St. Damian’s for a whole month.

When he emerged from this place of concealment and returned to the town, emaciated with hunger and squalid with dirt, Francis was followed by a hooting rabble, pelted with mud and stones, and otherwise mocked as a madman.

Finally, he was dragged home by his father, beaten, bound, and locked in a dark closet.

Freed by his mother during Bernardone’s absence, Francis returned at once to St. Damian’s, where he found a shelter with the officiating priest, but he was soon cited before the city consuls by his father.

The latter, not content with having recovered the scattered gold from St. Damian’s, sought also to force his son to forego his inheritance.

This Francis was only too eager to do; he declared, however, that since he had entered the service of God he was no longer under civil jurisdiction.

Having therefore been taken before the bishop, Francis stripped himself of the very clothes he wore, and gave them to his father, saying: “Hitherto I have called you my father on earth; henceforth I desire to say only ‘Our Father who art in Heaven.'”

7) How did he begin the Franciscan order?

Having obtained a coarse woolen tunic of “beast cooler”, the dress then worn by the poorest Umbrian peasants, and tied it round him with a knotted rope, Francis went forth at once exhorting the people of the country-side to penance, brotherly love, and peace.

The Assisians had already ceased to scoff at Francis; they now paused in wonderment; his example even drew others to him.

Bernard of Quintavalle, a magnate of the town, was the first to join Francis, and he was soon followed by Peter of Cattaneo, a well-known canon of the cathedral.

In true spirit of religious enthusiasm, Francis repaired to the church of St. Nicholas and sought to learn God’s will in their regard by thrice opening at random the book of the Gospels on the altar.

Each time it opened at passages where Christ told His disciples to leave all things and follow Him.

“This shall be our rule of life”, exclaimed Francis, and led his companions to the public square, where they forthwith gave away all their belongings to the poor.

8) Was Francis ever ordained?

Yes. He was ordained a deacon, but not a priest.

9) Did St. Francis invent the Nativity Scene we find in many Churches (and homes) at Christmas time today?

It was during Christmastide of this year (1223) that the saint conceived the idea of celebrating the Nativity “in a new manner”, by reproducing in a church at Greccio thepraesepio[Latin, “crib,” “manger”] of Bethlehem, and he has thus come to be regarded as having inaugurated the population devotion of the Crib.

10) How did St. Francis receive the stigmata of Christ?

It was on or about the feast of the Exaltation of the Cross (14 September [in 1224]) while praying on the mountainside, that he beheld the marvelous vision of the seraph, as a sequel of which there appeared on his body the visible marks of the five wounds of the Crucified which, says an early writer, had long since been impressed upon his heart.

Brother Leo, who was with St. Francis when he received the stigmata, has left us in his note to the saint’s autograph blessing, preserved at Assisi, a clear and simple account of the miracle, which for the rest is better attested than many another historical fact.

The saint’s right side is described as bearing on open wound which looked as if made by a lance, while through his hands and feet were black nails of flesh, the points of which were bent backward.

After the reception of the stigmata, Francis suffered increasing pains throughout his frail body, already broken by continual mortification.

11) How did St. Francis’s death and canonization come about?

Worn out, moreover, as Francis now was by eighteen years of unremitting toil, his strength gave way completely, and at times his eyesight so far failed him that he was almost wholly blind.

During an access of anguish, Francis paid a last visit to St. Clare at St. Damian’s, and it was in a little hut of reeds, made for him in the garden there, that the saint composed that “Canticle of the Sun”, in which his poetic genius expands itself so gloriously.

This was in September, 1225. Not long afterwards Francis, at the urgent instance of Brother Elias, underwent an unsuccessful operation for the eyes, at Rieti.

He seems to have passed the winter 1225-26 at Siena, whither he had been taken for further medical treatment.

[By April, 1226] alarming dropsical symptoms [i.e., edema, abnormal bodily swelling due to water retention] had developed, and it was in a dying condition that Francis set out for Assisi. . . .

In the early autumn Francis, feeling the hand of death upon him, was carried to his beloved Porziuncola, that he might breathe his last sigh where his vocation had been revealed to him and whence his order had struggled into sight. . . .

Then wishing to give a last token of detachment and to show he no longer had anything in common with the world, Francis removed his poor habit and lay down on the bare ground, covered with a borrowed cloth, rejoicing that he was able to keep faith with his Lady Poverty to the end.

He was canonized in 1228 by Pope Gregory IX.

12) Where can we learn more about St. Francis?