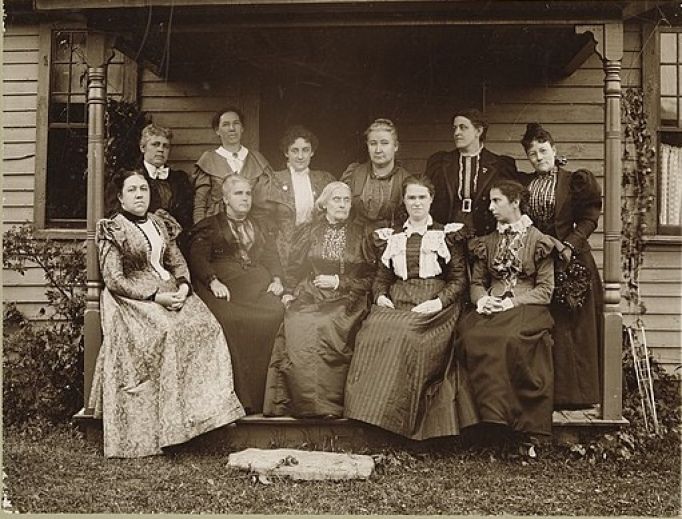 President Trump on Tuesday pardoned Anthony for her ‘crime’ of illegal voting 100 years ago.

Suffragette Susan B. Anthony would not take “No” for an answer. In November 1872, despite a discriminatory law that denied women the right to vote, Anthony cast her ballot for president of the United States. Anthony believed that the Constitution already guaranteed women’s right to vote — especially the 14th Amendment, passed just four years earlier, which decreed that “all persons born or naturalized in the United States … are citizens.”

In 1870, Congress ratified the 15th Amendment, which prohibited any state from withholding the right to vote from any citizen “on account of race, color or previous condition of servitude.” Anthony had tried to persuade legislators to add “sex” to the list of protected classes; but in any case, she believed that the 14th Amendment made her case.

But not everyone agreed with her. Charged with “illegally voting” in the election of 1873, Anthony was convicted by an all-male jury in her hometown of Rochester, New York, and fined $100. Unwilling to quietly abandon the cause of women’s empowerment, Anthony gave a speech in which she chastised the government for barring women from voting and vowed that she would never pay even a penny of the fine. She kept that promise until her death in 1906. And despite the charges hanging over her head, the government never pursued the matter.

Celebrating that victory of women’s equality 100 years later, on Aug. 18, 2020, President Donald Trump officially pardoned Anthony for her “crime” of illegal voting. “She was never pardoned,” the president reported during a White House ceremony on the 100th anniversary of women’s suffrage. “What took so long?”

Who, exactly, was this strong-willed woman who rebelled against established practice, demanding that the state and federal governments look again at the laws they’d enacted?

From her youth, Susan B. Anthony was a social reformer. Beginning in her teens, she fought against slavery and in support of temperance. Fearing that a woman married to an alcoholic husband might endure beatings and abuse, she fought to give women the right to divorce. She sought to obtain for women the right to study alongside men in schools and trade programs, hence learning skills that would permit them to compete for jobs in skilled trades; and she advocated for equal pay for women. At one point, she attempted to establish an all-women’s trade union, although that initiative was not met with success.

She was also known to bepro-life. “Her stance on abortion was one integral expression of her commitment to undo gender oppression, just like her sheltering of a woman and child fleeing domestic violence,” pro-life feminist historian Mary Krane Derrhas said. Today, the pro-life organization named for her released astatementcelebrating the pardon. “Susan B. Anthony fought to expand the promise of human rights and dignity to all people,” saidMarjorie Dannenfelser, Susan B. Anthony List’s president.

Known for her efforts to achieve the right to vote, Anthony asked to be permitted to read a “Declaration of Rights for Women” at a celebration of the nation’s 100th anniversary. She was refused permission, but surprised the organizers by taking to the stage and reading the declaration nonetheless. She traveled the nation and the world, advancing the cause of women’s rights and, in particular, women’s voting rights.

A Heritage of Liberalism

Susan B. Anthony was raised in a liberal Quaker home, what came to be called “Hicksite” Quaker. Her maternal grandmother was Baptist, and her grandfather was Universalist. When Anthony and others sought to engage in social-justice efforts without the interference of the church, she left the Hicksites and began attending services at the First Unitarian Church of Rochester.

Fellow feminist activist Elizabeth Cady Stanton, who was Anthony’s closest friend, called her not a Christian but an agnostic. “To her,” Stanton said, “work is worship. Her belief is not orthodox, but it is religious.”

Anthony is reported to have reiterated that claim.

“Work and worship are one with me,” Anthony said. “I cannot imagine a God of the universe made happy by my getting down on my knees and calling him ‘great.’” According to Wikipedia, Anthony withheld her doubts when talking with her sister as she lay dying; but Anthony later wrote of that time:

“I could not dash her faith with my doubts, nor could I pretend a faith I had not; so I was silent in the dread presence of death” (The Life and Work of Susan B. Anthony: Vol. 2by Ida Husted Harper, 1898).

“No wrong under which woman suffered was too great for her to dare attack it, no injustice too small to enlist her pity and her attempt to remedy it.

“She saw the tears of the slave mother with the child torn from her arms … and she was foremost among those who fought for freedom for the Negro.

What the Council of Ephesus Taught...