Why Are So Many Girls Rejecting Womanhood? 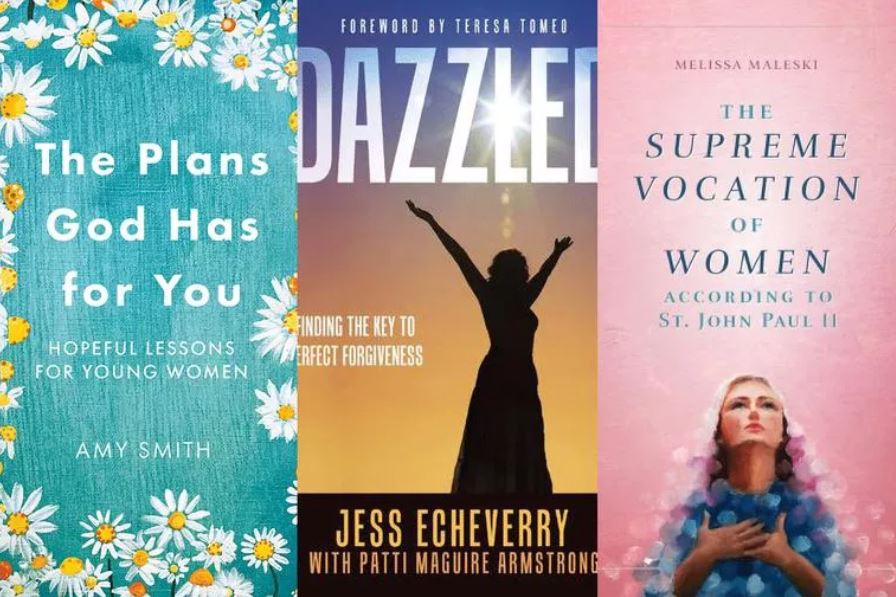 Why Are So Many Girls Rejecting Womanhood?

“The Church gives thanks for each and every woman … for all women as they have come forth from the heart of God in all the beauty and richness of their femininity…” —Pope St. John Paul II

Being born in the wrong body has entered the current “symptom pool” especially among adolescent girls. An increasing number want to flee from womanhood. This is disturbing but not shocking given that the culture demeans and deforms womanhood and measures  us against men rather than elevating us as unique and beautiful.

I personally know two happily married mothers who overcame rough pasts but once wished they were boys. Both thank God they did not grow up in a generation that would have pushed them into mutilation rather than healing. It’s the only mental condition where patients self-diagnose and dictate treatment. Never mind that sex transitions have serious physical, emotional and psychological consequences and that sometimes, children reject their gender because of sexual abuse or trauma.

Also ignored is the rapidly growing number who regret their sex-change surgery. A Reddit forum (“subreddit”) for detransitioners has more than 7,000 members. Here are two examples.

“It scares me how easy it is for young teens to take such ‘treatments,’ i was 14 taking testosterone, it’s terrifying how simple it was. every warning sign was ignored. i don’t believe that people who say they’re trans or people who are supportive are malicious in any way, but i do have a strong disdain for the doctors that provide these drugs and surgeries to children.”

Another who shared before and after photos: “Figured I would share this even though I am still not very far in my detransition! Last T-shot was in August. Feel like I look so much healthier already.”

Logic shouts that something is amiss. Author Abigail Shrier reports as much in her book,  Irreversible Damage: The Transgender Craze Seducing Our Daughters. It is available on Amazon, but banned from advertising. She does not present a faith perspective but is courageous to identify this horrifying trend and face the predictable backlash.

Shrier reported on a spike in rapid-onset gender dysphoria (ROGD) among adolescent girls identifying as males. The number of sex-change surgeries for them in the U.S. quadrupled between 2016 and 2017, accounting for 70% of all such surgeries. In 2018, the U.K. reported a 4,400% rise compared to the previous decade in teenage girls seeking gender treatments. It’s the same in Canada, Sweden, Finland and the U.K. and mostly it’s white and upper-middle-class girls. Also troubling in view of this, according to Shrier,  is that teachers’ associations are voting to allow minors to leave campus for cross-sex hormones without parental consent.

“What will this “upgrade” to transgender cost a girl? “ she asks.  “Only her name; her natural voice, which will be permanently altered even if she one day gets off testosterone; her breasts, with their erogenous capacity and ability to breastfeed; and perhaps her ability to bear children at all. These are lifelong sacrifices, doled out on an ‘informed consent’ basis to girls too young to legally get tattoos. No adolescent should pay this high a price for having been, briefly, a follower.”

Adolescent girls are often lonely and less valued, and surrounded by angry, radical feminists, and pornography depicting violence against them They spend too much time online and are brainwashed by the media with a corrupted view of womanhood.

Shrier writes that  girls today “flee womanhood like a house on fire, their minds fixed on escape, not on any particular destination. Clients are unsure they want to be boys, they only know they don’t want to be girls.”

Shrier encourages detransitioning as girls and women settle back into themselves, as well as those questioning whether to start the journey home, stating that wholeness can be found again. She describes womanhood as “a gift, containing far too many joys to pass up.” Shrier also shares wisdom that will benefit all parents, including to reintroduce privacy to the home and not allowing smartphones.

It is on us to impart a love and respect for womanhood upon our daughters. Perhaps some need help wrapping their own heads around that. There are many good books that can help by encouraging girls and young women to love the person God made them to be. Here are some of my favorites.

The Plans God Has for You: Hopeful Lessons for Young Women. Writing especially for teen girls, Amy Smith, Associate Editor of the National Catholic Register, reminds us that God has a plan for our good that leads to happiness. Her topics include self-reflection, love, hope, dating, friendship, choosing a college, the single life, time management and stress. She shares her own experiences and guidance from the saints and Scripture. On stress: “When faced with stress, run to the One who can help. God, who created us and knew us by name long before we entered this world, is with us. He knows when we’re stressed and He’s ready to assist.”

The Supreme Vocation of Women According to St. John Paul II. Melissa Maleski introduces us to universal truths of the Church about the supreme vocation of womanhood contrary to the culture’s distorted views. She shares how women reveal the image of God and why we are feared by the devil.

Dazzled: Fining the Key to Perfect Forgiveness. This is a dramatic memoire of the life of Jess Echeverry who overcame brokenness, abuse and confusion and came to experience healing and joy. She also once wished she was a boy.

Theology of Home I & II. These elegant books by Catholic  moms Carrie Gress and Noelle Mering are a boost to womanhood, encouraging confidence and an embrace of the beauty and meaning of their vocations as mothers and wives.