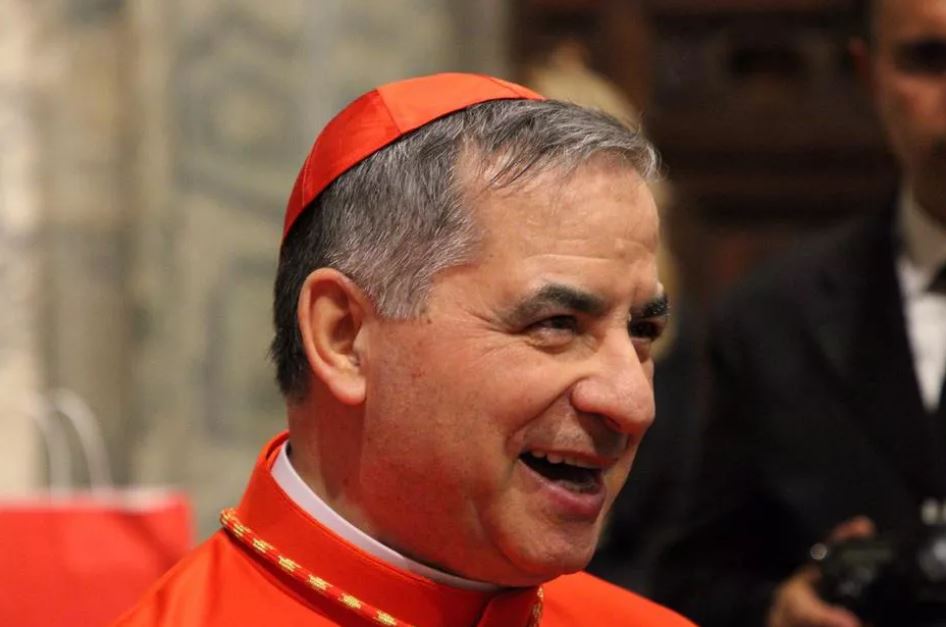 ANALYSIS: The curial official has been linked to several instances of financial scandals in the last six years.

VATICAN CITY — Pope Francis’ decision toaccept the resignationof Cardinal Giovanni Becciù as prefect of the Congregation for the Causes of Saints came as little surprise and considerable relief to those involved in trying to improve Vatican finances.

Plenty of dubious Vatican financial cases have emerged in recent years, and often the Sardinian prelate’s name has been in some way connected with them — closely followed by his strenuous denials.

Although no official reason has yet been given for his dismissal, whichincludedremoval of “rights connected to the cardinalate” (he technically remains a cardinal, but the Vatican did not communicate in its dismissal announcement which specific rights and privileges have been removed), informed sources told the Register Sept. 24 the Pope’s decision is “clearly connected” with some of these financial scandals.

The details of that deal, covered extensively by Catholic News Agency’s Washington Bureau Chief Ed Condon, would raise questions about the internal control of Vatican money held in foreign bank and investment accounts. Vatican magistrates are continuing to investigate the case and have yet to bring charges.

But the entire transaction remains a mystery, including why the Secretariat of State needed to use the funds to make the investment, and why it was handling property in the first place when that responsibility rests with another dicastery, the Administration of Patrimony of the Apostolic See (APSA).

Sources have told the Register that the cardinal, who from 2011 until 2018 held the influential role ofsostituto(deputy Secretary of State) before being promoted to the Congregation for the Causes of Saints, was allegedly managing all these property deals along with several other officials, some of whom have already been dismissed.

Cardinal Becciù, 72, who worked closely with the Pope assostitutoon institutional financial reform but had little experience of handling finances, alwaysdeniedany impropriety with the initial London deal. He also insisted he had acted only in the best interests of the Holy See, and that someone had “taken advantage of the situation.”

And yet he had a tendency to publicly blame others for wrongdoing, only for them to be later cleared. Examples include the Vatican’s former auditor general, Libero Milone (against whom the Vatican would laterwithdraw all charges), and Gianluigi Torzi, an Italian broker involved in the London deal (whom the Vatican arrested and then freed, with Torzi’s lawyers saying his arrest was a “gross misunderstanding”).

The cardinal’s name would also emerge in another well-known incident involving Vatican finances: the sudden ending of the Vatican’s first external audit just months after it began in 2016. Informed sourcessaidit was then-Archbishop Becciù who was instrumental in stopping it — without informing the then-Vatican treasurer, Cardinal George Pell — because the audit started probing the accounts of the Secretariat of State.

Further questions alsosurroundedhis close alliance with the former head of the Vatican police, Domenico Giani, who was accused of being too close to those who were resistant to clearing up financial corruption in the Vatican.

Getting to the bottom of Vatican finances is notoriously complex, with layer upon layer of shadowy deals governed by a cultureblamed for fostering corruption, lawlessness and a lack of accountability.

In its research into the London property deal, for example,TheFinancial Timesreportedthat everyone from the most senior officials down knew about the London property deal. So in the wake of Cardinal Becciù’s resignation, questions persist regarding whether other senior Vatican officials might bear even greater responsibility for the scandalous financial transactions that have apparently triggered the cardinal’s downfall.

Perhaps now the real reasons behind these transactions will begin to emerge.L’Espressois already alleging that the cardinal resigned because he used Peter’s Pence to purchase the London property (something he has already denied) and speculate with those funds to favour relatives.

The Register asked the cardinal a year ago about his involvement in that now-infamous London transaction, to which hesaidhe preferred to “keep silent and let justice take its course.”