Why Carlo Acutis Is Important Today: ‘He Is a Millennial, a Young Man who Brings Holiness Into the Third Millennium’ 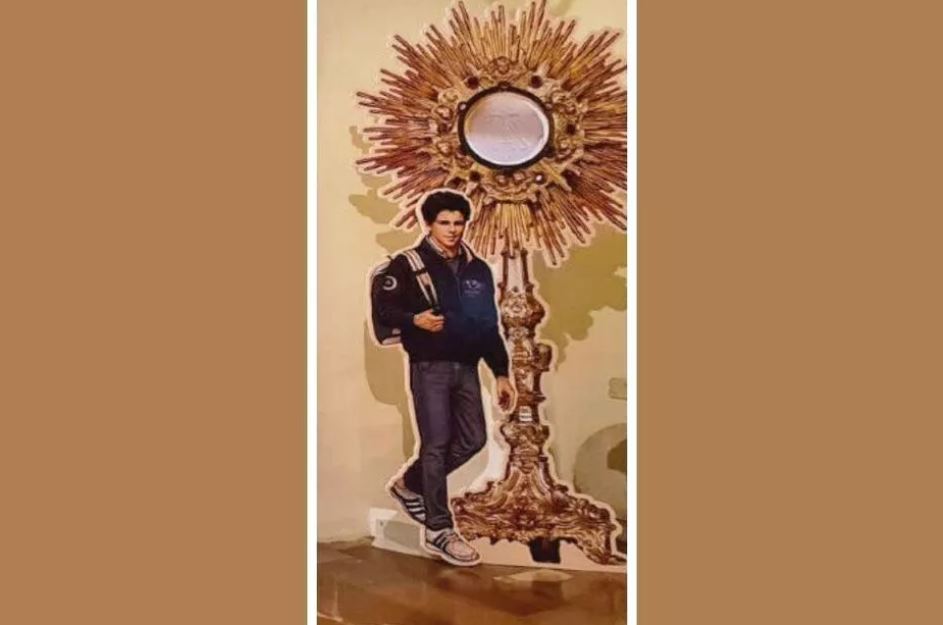 Why Carlo Acutis Is Important Today: ‘He Is a Millennial, a Young Man who Brings Holiness Into the Third Millennium’

Father Will Conquer, a young missionary who recently wrote a book about the Italian teenager, discusses the reasons why he is such a source of fascination for people worldwide.

ROME — Over the past few weeks, his name has been on everyone’s lips, and the images of his open tomb in Assisi have flooded the internet. The world has seen the body of a young boy with Nike sneakers and a sweatshirt beingdisplayedfor public veneration.

Judging by the outpouring of sentiment, Carlo Acutis, who died of leukemia in 2006 at the age of 15, has seemingly left an indelible mark on the world, thanks to the life of holiness that he lived and the model of virtue that he embodied.

The Italian teenager — who will bebeatifiedin Assisi during a ceremony presided over Cardinal Agostino Vallini, former vicar general of Rome, this Saturday, Oct. 10 — was a boy of his time. Indeed, in addition to having a vibrant passion for the Eucharist and the Virgin Mary, he was also known for being a soccer fan and, above all, a computer genius.

To better understand the popular and media phenomenon that this atypical figure of holiness is arousing worldwide, the Register interviewed a young French-American missionary to Cambodia,Father Will Conquerof the Paris Foreign Missions, who recently paid tribute to the future “Blessed” teenager through the bookCarlo Acutis, Un Geek au Paradis(Carlo Acutis, a Nerd to Heaven).

You’ve been highlighting, on social media, the miraculous dimension of the popular craze for the upcoming beatification of Carlo Acutis. Why is it surprising?

You have to understand the immensity of the thing. It is not a canonization, but a beatification. It is not organized in Rome, but in Assisi; it is not presided over by the Pope, but by the vicar general emeritus of Rome. There is something that is beyond us in the excitement that it is arousing in people. It is very surprising. A simple picture of a young person whose dead body remained integral has literally become viral. Besides, in only a few days, there have been more than 213,000 views on EWTN’sdocumentaryon Acutis in Spanish. Why? Because it is the first time in history that parents are going to see their son beatified. It is the first time in the third millennium that we are going to see a young person of this generation enter heaven. It’s the first time that we see a young boy who puts on sneakers and a fashionable T-shirt to show us a model of life. It’s quite extraordinary. It is necessary to take note of this infatuation.

What is it that fascinates people so much about Acutis’ personality?

Before speaking about his personality, I would mention the debates surrounding Carlo Acutis’ body, which have partly caused the media hype because people are a little mystified to think that this body has remained integral. Some people said the body was incorrupt, but let’s recall that the young boy died of a fulminating [severe] illness, so his body was not intact when he died. One has to accept that, after years, the body is never really the same. Even the uncorrupt bodies undergo a little bit the work of time. What is fascinating, though, is that his body remains. Normally, a young person’s body degrades much faster than an old person’s body; since a young body is full of life, the cells are renewed faster. There definitely is something miraculous about it because there has been a preservation beyond normal.

Then the thing that attracts people the most is his proximity to the current world. The problem with Carlo, as with all figures of holiness, is that we tend to want to keep them away from us by attributing to them a lot of great deeds and marvelous miracles, but Carlo will always come back to us because of his closeness and his “banality,” his normalcy, which makes him one of us. He is a millennial, a young man who brings holiness into the third millennium. He is a saint who lived a small part of his life in the new millennium. This closeness of contemporary holiness, just like that of Mother Teresa or John Paul II, is fascinating.

You’ve just recalled that Carlo Acutis was a millennial. He was indeed known for his computer-programming skills and his missionary work on the internet. How can that inspire us in a digital-dominated society?

He is the first holy figure to have become famous by generating an internet buzz, and not thanks to a specific popular devotion. We have lost count of the Facebook accounts or pages created in his name. This internet phenomenon is very important, especially in a year when we spent more time on screens than ever because of the worldwide lockdown. This [online] space is very time-killing, and it is a den of iniquity for [many] people’s souls. But it can also become a place of sanctification.

Carlo, who was a geek, used to spend less time on his computer than we do today. Nowadays, we wake up with our laptops. We go running with our smartphones, we call each other, we pray with it, we run, we read with it, and we also commit sins through it. The idea is to say that he can show us an alternative path. We can waste so much time with this thing, and we see someone who has actually saved his soul by using it wisely.

Thanks to him, we know that it is up to us to make the internet a place of light instead of a place of darkness.

What touches you the most about him personally?

It is undoubtedly the purity of his heart. The controversies started by people who were stressing the fact that his body was not incorrupt in order to discredit his holiness made me think that they find it hard to accept the purity of this boy’s life. They find it hard to get caught up in something miraculous but ordinary. Carlo embodies ordinary holiness; ordinary purity. I say that in relation to his illness, for instance; the way he accepted illness. I like to say that he lived a kind of “transparent” martyrdom, like all those children who accepted their illness and offered it for the conversion of the world, the holiness of priests, for vocations, for their parents, brothers and sisters. There are many examples of this. He is not a red martyr, who had to bear witness to the faith at the price of his life, nor a white martyr, like all the monks who lived their whole life under a strict asceticism, witnessing to Christ. He is a transparent martyr, with a pure heart. The Gospel say: “Blessed are the clean of heart, for they will see God” (Matthew 5:8). But more than that, they give us a glimpse of God.

We live in a world that has never been so impure, doctrinally and intentionally speaking. Carlo is pure in every way. Already in his time, he was fighting the moral decay of this world, which has only become more pronounced since then. He gives hope, because he was able to live with a pure heart in the harshness of the 21st century.

‘Already in his time, he was fighting the moral decay of this world, which has only become more pronounced since then. He gives hope, because he was able to live with a pure heart in the harshness of the 21st century,’ says Father Will Conquer of Carlo Acutis.(Photo: Courtesy of Father Will Conquer)

Would you say that the young generations are more receptive to his testimony of life?

His life is marked by an intergenerational dimension. Carlo is someone who used to travel with the old people of his Milanese parish to the south of Italy to accompany them. He is the young man who used to go fishing with his grandfather. He spent time with the elderly. He received his faith from his grandparents.

He gives a lot of hope to the old generation, as well. I realized that because those who buy my book are often elderly people. In this year marked by the coronavirus crisis, which mostly killed the elderly, there has been a greater need for sources of hope. If these people die without having hope in a world where [many] no longer [are] going to Mass, no longer praying, no longer putting God at the center of life, it is even more difficult. They see in Carlo a way to bring their children and grandchildren to the Catholic faith. Many of them suffer because their children do not have faith. And seeing a child who is going to be beatified gives them hope for their own children.

Moreover, the loss of our elders is also a significant source of distress for the COVID generation. Many children in Italy have lost their grandparents this year.

The interesting thing is that the first ordeal in Carlo’s life was the loss of his grandfather, too. It was an ordeal in his faith because he had prayed a lot so that his grandfather could be saved, but it didn’t happen. He wondered why his grandfather had abandoned him. Given the fact that he experienced the same mourning, he can give comfort to all those who have lost their grandparents lately.