Why It Was a Mistake to Call It ‘Social Distancing’ 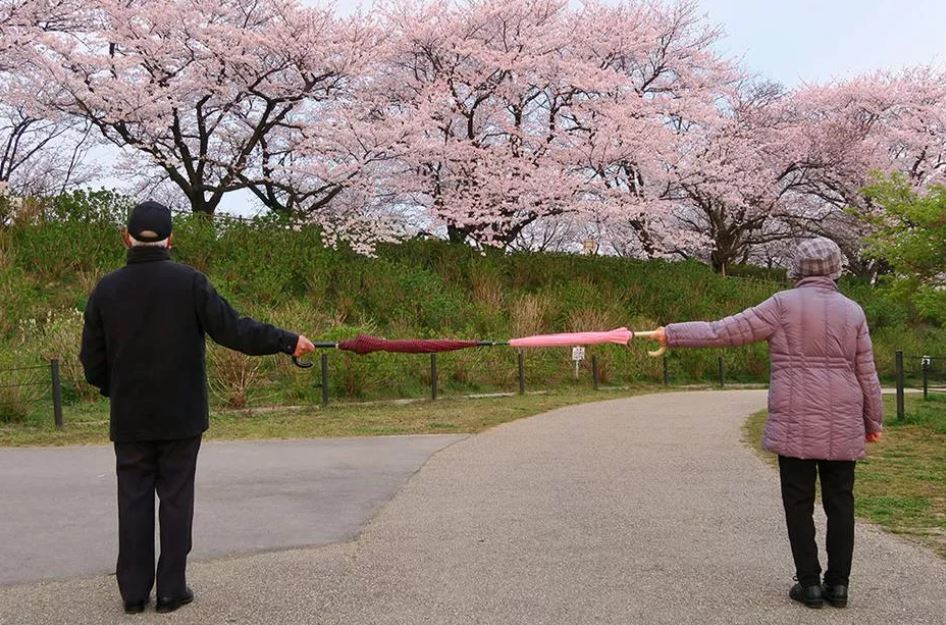 Why It Was a Mistake to Call It ‘Social Distancing’

COVID-19 has brought a pandemic of stress and anxiety — and the term “social distancing” itself may be partly to blame.

Some weeks back, my wife and I met up with another married couple for an outdoor evening dinner at a restaurant set in the middle of rural farmland.

As the sun slowly began to recede, and we found ourselves reveling in the simple joy of varied conversation with longtime, close friends, the topic came up about “social distancing.” One of our friends, Tad Dickel, broached a discussion about how he felt that a significant mistake had been made in introducing this idea, not necessarily in the concept itself, but rather the language used to describe it. He indicated that the term was a misnomer and should have been termed “physical distancing” given that the focus was not on preventing people from being social, but rather learning to give more physical space to each other.

As days ensued after this conversation, I reflected on Tad’s position. As we are all social beings, even from the point that a child in utero soothes differently to the sound of his or her mother (compared to others), I started to think that what Tad had been saying might have even broader implications that he had intended.

For starters, it is important to know that one of the most well-researched and robust concepts in the world of psychology is “priming.” Priming is the phenomenon by which exposing an individual or group of individuals to a particular stimulus (e.g., word, idea, image) influences how a person feels, thinks and responds in other situations. Priming is most effective when individuals are exposed to a stimulus repeatedly, but can occur even after one exposure. Also, much of priming occurs through unconscious mechanisms, which is why in repeated studies that demonstrate priming effects, people often deny that an image or word influenced their thoughts or actions even when it is clear this occurred.

Not surprisingly, then, this technique is widely (and very effectively) used in advertising, which is why companies like McDonalds and Apple spend billions of dollars every year on advertisements that “prime” individuals to buy their products.

One of the repeated findings of priming is that evena single word, or group of words, can have a significant impact on thoughts, feelings and behaviors, especially when a person is repeatedly subjected to this. For example, studies have shown that simply exposing people to words like “kindness” has an impact on how they view a target person (at a later time), as opposed to a group of people not primed in this way. Similarly, having one group of people review words like “slow” and “sluggish” prior to delivering a note at the other end of the hallway actually results in a collectively slower walk than when compared to their counterparts who reviewed words like “fast” and “quick.”

So, you might ask, what does this have to do with “social distancing?” Well, for starters,studies since the pandemichas started have found significant evidence of a rise in anxiety and overall psychological difficulties, partly associated with feelings of increased isolation and loneliness. Although there has been someencouraging evidencethat loneliness may have leveled out, the data is conflicting, and we have yet to even experience a dual flu/COVID-19 season in the U.S. that is to come. All the while, the blame for these concerns has been attributed to the dramatic changes to our daily lives, including our social engagements, which COVID-19 has rendered.

And yet, in reflecting on my friend’s opinion, and the tremendous power of priming, I have gradually come to believe that the term “social distancing” itself may be partly at blame. If you are like me, you have now heard and seen this term into the tens or hundreds of thousands of times (or more). It will likely turn out to be one of most hated phrases of all time, or at least one of the most infamously remembered. And sadly, at its best, it is sending the wrong message. At its worst, it is depressing and isolating us unnecessarily. I must admit that when I hear the word these days, part of me has become accustomed to it and yet part of me still cringes. Ultimately, the last thing I and millions of others need right now is to be “socially distant.”

So, on this note, I propose a change in terminology in moving forward. Although I like my friend’s suggestion of “physically distancing,” I still feel that this phrase lies too close to home, which is a place where we all need each other to be as socially accessible as ever before. So, instead of “social distancing,” I propose that we all be “physically responsible — or if you are in need of in need of a noun, we engaged in “physical responsibility.”

In reading, you might think this term sounds too vague, nuanced, or open to interpretation, but I think with just a few opportunities for practice, we and our kids will all get the point. And in doing so, the great news is that we are no longer at risk of being repeatedly “primed” to be distant, or isolated, or even alone. Rather, we are free and liberated and even impelled, while still being physically responsible, to connect and socialize and unite with our neighbors, no matter what may come.