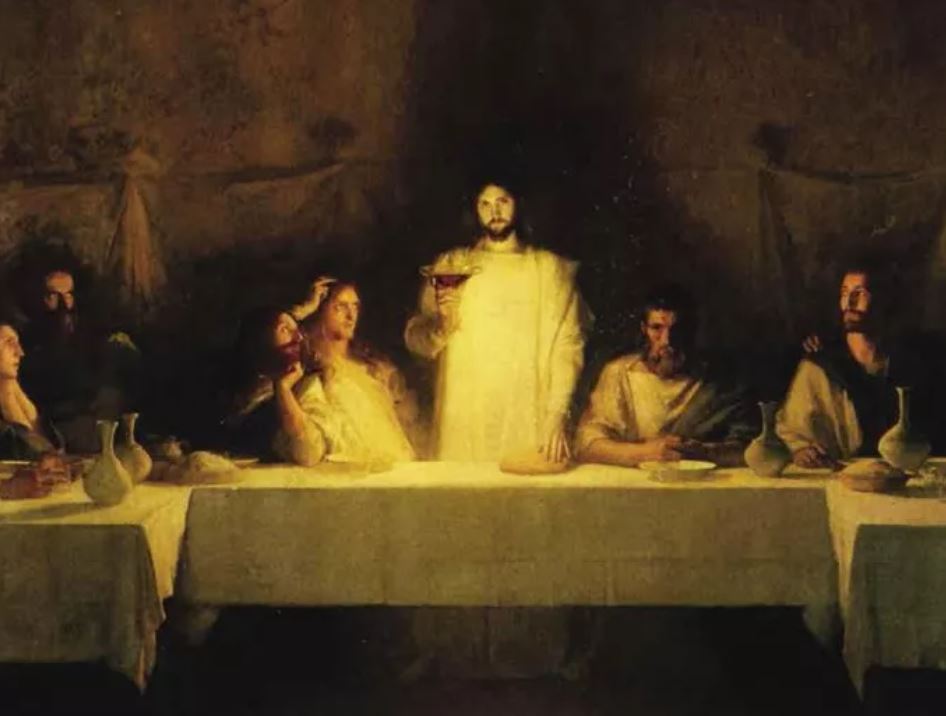 THE MYSTERY OF THE EUCHARIST

The Catholic faith draws on the word of God. We know God and his truth not in the light of our own reason — created, finite and limited — but in the light of his Holy Spirit (1 Corinthians 12:3). He has communicated it to us so that in Christ, the Word of God made flesh (John 1:14; Hebrews 1:1-3; Romans 8:3; Philippians 2:7), we may recognize the authority of God by placing all our trust in God alone. In view of the mystery of the Eucharistic Presence of Jesus Christ, we do not ask unbelievingly how it might be possible that we eat his flesh and drink his blood (John 6:22-59). As true disciples of Christ, we fully believe that he is really and truly present under the species of bread and wine.

We do not inquire into the possibility and conceivability of the Real Presence as a concept, but rather into its significance for our relationship with God and for our eternal salvation. The Real Presence is real because God wants it, regardless of whether we derive it from a human preconception or reject it. Through theological reason that follows faith, misunderstandings can also be cleared up.

With the great Cardinal John Henry Newman (1801-1890) we precisely distinguish between doubts on the one hand and on the other hand difficulties in accepting the secrets of the faith authoritatively presented to us by the Church, in the name of God (Apologia Pro Vita Sua, Chapter 5). Difficulties arise in every believer and persist until the end of one’s earthly pilgrimage. For the revealed truths are not evident. We must therefore reconcile them for ourselves, again and again, with the help of grace, of prayer, by following Christ, and with the help of theological reflection. Doubts, on the other hand, mean questioning the truth and veracity of God, and this does not befit us as his creatures and as sinners in need of forgiveness.

In the Upper Room Jesus took bread and wine into his hand, speaking over these and to them the words: “This is my body,” and “This chalice which is poured out for you is the new covenant in my blood” (Mark 14:22-25; Matthew 26:20-25; Luke 22:14-20; 1 Corinthians 11:23-25). Whenever the Church celebrates the sacramental memory of the passion, death and resurrection of Christ, everyone who eats and drinks this Eucharistic Bread and Wine has communion and participation in the Body and Blood of Christ (1 Corinthians 10:16).

The many faithful, through communion with Christ as a member of his Body, are increasingly united to him and receive the life of grace from Christ and have communion with the Triune God.

In order to protect this unique mystery of faith in the Real Presence of Christ with his divinity and humanity (in the body and soul of Christ in all the stages of his historical journey from the Spiritual Conception of Mary to the Sacrifice of the Cross, the Resurrection, the Ascension and the Anticipated Return) against a symbolic reductionism, the Church’s magisterium, since the IV Lateran Council (1215), has used the term transubstantiation or transformation of nature, and since then has held fast to it unswervingly. All the substance of the bread and all the substance of the wine placed on the altar for the celebration of the Holy Sacrifice becomes sacramental — rendered a real and effective sign through the words of consecration of the consecrated priest, but only trulyrealthrough Christ himself in the Holy Spirit — transformed into the substance of the Flesh and Blood of Jesus Christ. But it is not the historical presence of Jesus in his natural body in which he was in Palestine among his disciples. Christ is truly present with his transfigured body in the sacramental Presence. It is not, as some Lutherans thought, that he is present on the altar because God as Creator is present everywhere or because he perhaps — as others asserted — returns to the altar spatially (though disguised) after his ascension. It is a presence in the sign, yet it is real: On the one hand, as in the other sacraments, it is a sign of his salvific power, and on the other, only in the Eucharist a personal, current and essential form of the presence.

In his typically blinkered gaze, the one-dimensional empiricist David Hume (1711-1776) gave free rein to his mockery of Catholics in his workNatural History of Religion(1757), considering it to be the most absurd superstition that they, like the ancient Egyptians, wanted to physically eat up the deity.

Since the Real Presence also pertains to the human nature of Christ, more or less intelligent critics of religion thought they could even accuse Catholics of cannibalism. However, when it comes to the mysteries of faith, spiritual and moral superiority over others does not always manifest itself in mocking sarcasm; such behavior rather more often betrays a lack of understanding for the higher wisdom of God — for “the foolishness of God is wiser than men, and the weakness of God is stronger than men” (1 Corinthians 1:25).

But what is the substance of the bread that is transformed into the substance of the Body of Christ? The concept of substance is not used here in a technical philosophical sense, but only generally to distinguish it from the opinion that it is only a change in the meaning that we human beings give to bread in free interpretation.

Bread and wine are both gifts of nature and food prepared by men, which God gives, “wine to gladden the heart of man (…) and bread to strengthen man’s heart” (Psalm 104:15). Since the sacrifice of Melchizedek (Genesis 14:18), they have been predestined for the sacrifice of the New and Eternal Covenant in the mystery of Christ.

Bread and wine are thus in their substance gifts of God, through which the bodily life is nourished, the celebration of being-creatures is shown, and in which the heavenly wedding feast is prefigured in the communion of the saints. They retain their natural symbolic quality in the image of appearance (= the species of their accidentals) and are raised up in their innermost essence and transformed into the substance of the Body and Blood of Christ. That is why the Eucharist is food for eternal life, because communion with Christ conveys divine life and transforms us, who hunger for eternal life, into being guests at the Lord’s table, who, fed and strengthened by the sacred food, go from faith to seeing God in eternity through a pilgrimage in time. Thus we consume the Eucharistic food not only as the natural nourishment of daily bread, but for the physical preservation of body and soul.

By eating and drinking the Eucharistic species, we receive Christ himself as spiritual food and drink, and we live through him, in him and with him. What theologian could better speak of our faith and make it understandable than Christ himself, the Word of God (Theo-logos), who told us of the Father when he said: “He who eats my flesh and drinks my blood has eternal life, and I will raise him up at the last day. For my flesh is food indeed, and my blood is drink indeed. He who eats my flesh and drinks my blood abides in me, and I in him. As the living Father sent me, and I live because of the Father, so he who eats me will live because of me” (John 6:54). What is the purpose of a rationalism that purports to take measure of God by applying the measure of our own limited faculties, only to get caught up in its own human folly? And what good is pure symbolism, which wants to make faith attractive by naturalizing it, as if faith were just another subjective view of the world (that is, an interpretational view, “as if” God had acted) and not “the assurance of things hoped for, the conviction of things not seen” (Hebrews 11:1)? The belief in the “true, real and essential” (Council of Trent, “Decree on the Eucharist”: DH 1651) Real Presence of Christ in the Divine Liturgy due to the transformation of the being (that is, substance) of bread and wine into the essence of the Body and Blood of Christ and the real communion with it, which we receive as food and drink to eternal life, opens up to us the firm belief in God’s truth and truthfulness.

God’s Word conveys a deep certainty that makes the heart joyful and fills it with irrefutable hope. We cannot assume the mysteries of revelation from reason.

But when we have received them in faith, their unfathomable divine logic is revealed to us, which does not eliminate our reason, but leads it beyond itself and grants it participation in God’s reason and wisdom.