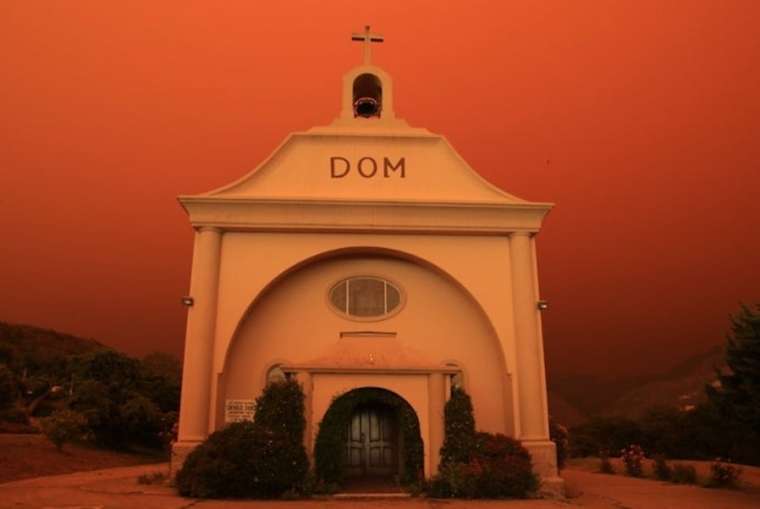 As wildfires rage across California, scorching more than 700,000 acres of land in multiple dioceses and killing at least four people, Catholics are asking for prayers and offering resources to the displaced.

“In our diocese alone the CZU, River, Carmel Valley and Dolan fires have already caused profound damage to property, persons and the environment,” Bishop Daniel Garcia of the Diocese of Monterey said in a message to Catholics on Thursday, Aug. 20.

“Hundreds of people have already fled their homes fearful of the unknown. Likewise, several of our parish sites have been evacuated due to the close proximity of the fires,” he added.

Over the past several days, a heat wave coupled with excessive lightning strikes sparked most of the blazes now raging in the state. At least 60,000 people in the state have evacuated their homes to escape the path of the blazes. Two of the fires, the SCU Lightning Complex fire located to the east of San Jose, and the LNU Lightning Complex, located to the northeast of San Francisco, have already burned roughly 220,000 acres each, placing them in the top 10 fires ever recorded in the state, CNN reported.

“Although it may not be clear to us, it is at times like these that we are called to not lose sight that the Lord is with us even amidst the uncertainty of the moment,” Garcia said in his message. “You and I are called to come together as the Body of Christ, to pray for each other, even if we cannot physically gather in each other’s presence.”

Erika Yanez, director of media relations with the Diocese of Monterey, told CNA that a number of their parishes had already been evacuated.

“All of Dalton, Boulder Creek, Davenport,…the entire community of Scotts Valley has been evacuated,” she said. “There’s a huge portion of Carmel Valley that’s been evacuated, we have a parish there.”

A photo of St. Vincent de Paul Catholic parish in Davenport, taken by a community member, shows the air around the church glowing bright orange as the flames encroached.

Yanez said there is a retreat center in San Juan Bautista, Calif., that has opened up to shelter families – though in a slightly restricted way, because of COVID-19 – and that the diocese will be coordinating with Catholic Charities to offer further assistance.

“I just wanted to make sure that everyone knows that our prayers are with the families that are being impacted right now. It’s just so difficult,” Yanez said.

Fr. Blaise Berg is the pastor of St. Mary Parish in Vacaville in the Diocese of Sacramento, which evacuated on Tuesday and Wednesday. Some residents of the town told CNN that screams woke them up in the middle of the night – a jarring alert that the fires were near.

“Presently, we are reaching out by phone to our parishioners who live in the fire’s burn zone. A number of homes were spared, but a few of our parishioners’ homes were not,” Berg said. By Friday, he noted, many people had been allowed to return.

“Our parochial vicar, Fr. Steven Wood, visited a nearby evacuation center and many evacuees were grateful to see the presence of the Church,” Berg said.

The priest asked for prayers, noting that the community was expecting more possible lightning storms this weekend, and that they had to be prepared to evacuate again.

“At a time like this, we see the importance of prayer, and so we ask all our brothers and sisters to keep in their daily prayers those affected by these fires across the entire state of California,” he said.

Cynthia Shaw, director of communications for the Diocese of San Jose, said the diocese was surrounded by the wildfires.

Some parishioners were located in evacuation zones, and more could be evacuating in the coming days. Shaw said the diocese, in cooperation with Catholic Charities, St. Vincent de Paul, and local food banks, will continue to monitor the situation and will work to provide food and shelter and to keep people updated on evacuation zones and other resources.

She added that people are being asked to stay inside and wear masks now not only because of the coronavirus pandemic, but because of the poor air quality caused by smoke, which could also disrupt plans for outdoor Masses this weekend.

“We’re just praying mightily also for the firefighters and the first responders. They have a great amount of work to do and we just pray that no one else loses their lives or gets injured in all of the fires,” Shaw said.

Poor air quality was one of the biggest concerns for the Diocese of Stockton as well, Chandler Marquez, the director of communications for the diocese, told CNA.

“There’s a lot of migrant farm workers and those farm workers are already heavily impacted by COVID-19,” Marquez said. “So on top of that…it’s harvest season for a lot of the crops out here and they’re taking in these conditions (and) it’s only going to make matters worse for them,” he said.

Greg Kidder knows a little too well what it’s like to survive a large wildfire – his home in Paradise, California was destroyed in the massive 2018 Camp Fire, which caused at least 85 deaths and destroyed most of his hometown. Kidder’s parish, St. Thomas More in Paradise, also burned down – except for the sanctuary.

“Our sanctuary survived. But we did lose 50% of our buildings, mainly our social hall and rectory, and youth house,” Kidder told CNA.

“But more importantly, we lost two-thirds of our parish. We had 733 families here. And then after the fire, we were down to about 150 people,” he said.

Most of those were evacuees who lost their homes and left the community, but four parishioners died due to the fires. Kidder estimated that another 20 to 30 died after the fire, due to the stress it caused, which exacerbated preexisting conditions.

“The church really consists of people, not so much buildings,” Kidder said. “The human loss, in that respect, was pretty high, even for a little parish like ours.”

After the initial fires, Kidder said the parish community was faced with the question: “What do we do now?”

He said recovery efforts first focused on people’s safety and basic needs, like food and shelter. The community thought they’d rebuild within a month, Kidder said. But it’s been a year and a half, and they’re still rebuilding.

Coronavirus has made it harder, he added. Supply chains were disrupted; the cost of building supplies went up due to high demand. Kidder and his wife are planning on moving into their new home in November.

Paradise so far is not being burned by the current wildfires, but they can smell the smoke from a fire nearby, and the thought of another fire can trigger traumatic memories for some people, Kidder said.

“It gets discouraging for a lot of people,” he said.

Kidder, who has worked for his parish for more than 25 years, was assigned as the parish steward after the Camp Fire – their previous pastor suffered from PTSD after the fire and had to be transferred. They are still waiting on getting another full-time pastor.

“So the mission for us as a parish is to keep that light, keep that sign of hope, that we will get through this. It won’t be on our time, but we will. And we’ve stayed together. We’ve managed to gather about 300 families that are still attached to St. Thomas More. Some are living in various areas with the intent of moving back. And so, there’s hope there,” he said.

Even through the loss of his home, Kidder said he tried to remain hopeful and trusting in the plan of God.

“I trust in God in everything else in my life. And so even with my home being destroyed and going through that, my wife went through a lot of grief over that,” he said.

He encouraged those going through similar disasters now with the current wildfires to maintain hope, by relying on God, by staying together as a community, and by “putting one foot in front of the other.”

“We’re not the first person, the first group of people that have experienced this, and we won’t be the last,” he said.

“There will always be another disaster. We just have to recognize it for what it is and not let that discourage us.” 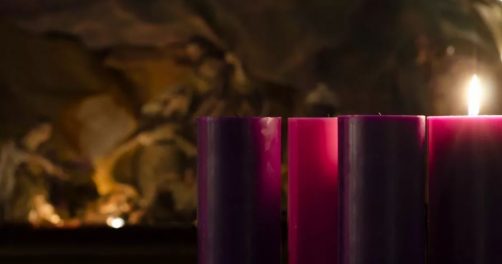 The Hope of Advent: Be Vigilant Via Conscious Contact With God 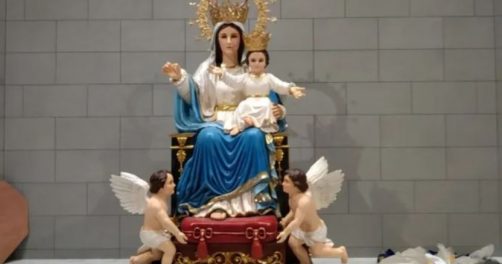 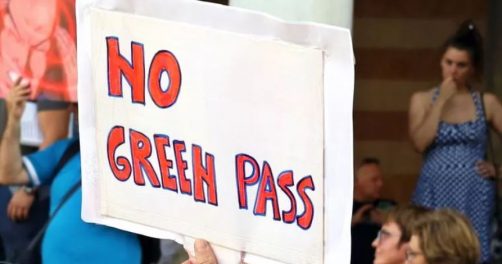 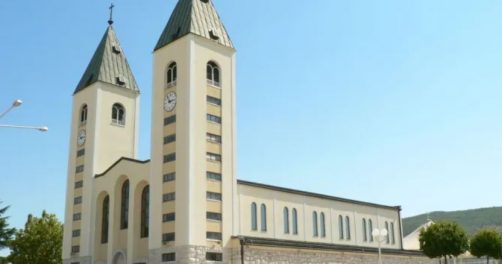