Will a President Biden Protect Religious Freedom on the Domestic and International Stage? 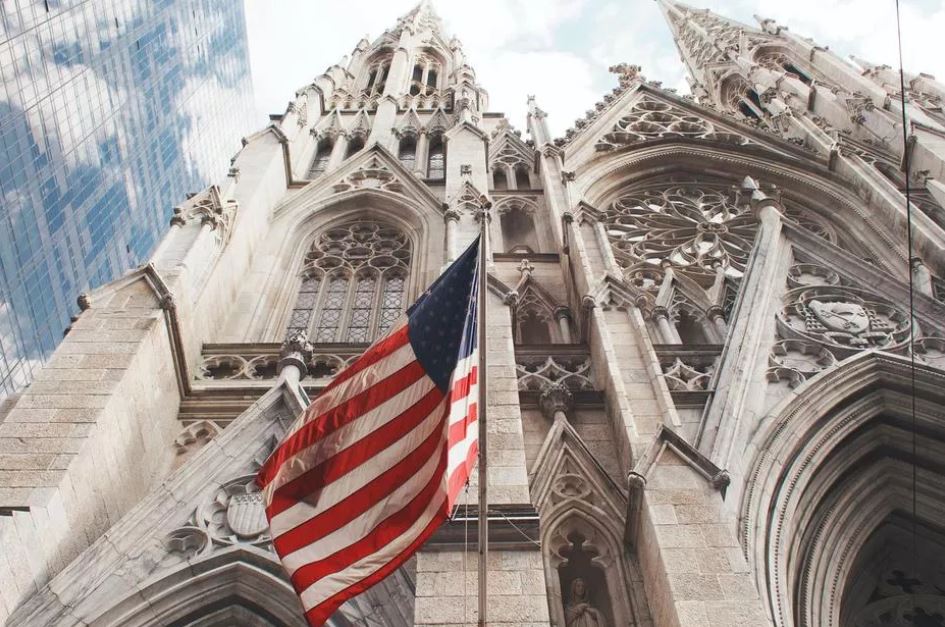 Will a President Biden Protect Religious Freedom on the Domestic and International Stage?

COMMENTARY: Leadership in furtherance of the country’s first freedom is the obligation of the president, regardless of political affiliation, yet Biden/Harris have signaled Trump administration advances for conscience protections maybe threatened.

The Trump and Biden campaigns had very different ideas about how to run the federal government. One matter that didn’t receive much attention — but should have — was how a Biden/Harris administration would protect religious liberty in America. It’s a crucial topic because the Trump administration went to extraordinary lengths to safeguard conscience rights and freedom of religion. It would be a tragedy to discover that the Biden/Harris transition team is planning on dismantling that legacy.Let’s look at what the Trump administration managed to do, using a mixture of executive orders, new rules for government departments, institution-building and international diplomacy. It is, put simply, a formidable record of achievement.

The President’s Initiatives
President Trump began his presidency with firm actions in support of religious freedom. In early 2017, for example, he signed an executive order stating that faith-based employers and organizations cannot be forced to violate their religious beliefs in order to comply with laws like the Affordable Care Act (ACA). This “Free Speech and Religious Liberty” executive order marked the beginning of comprehensive effort to accommodate religious objectors to the ACA’s contraceptive mandate, such as the Little Sisters of the Poor. The president’s second religious liberty executive order, issued in May 2018, established a White House office — called the Faith and Opportunity Initiative — to empower faith-based organizations to “compete on a level playing field for grants, contracts, programs and other Federal funding opportunities.” This executive order supported later administration initiatives allowing equal access for religious organizations to federal monies after natural disasters and, most recently, to mitigate the effects of coronavirus lockdowns.
Trump also used his executive order authority to safeguard respect for religious freedom more generally. For example, when this summer’s civil unrest targeted our nation’s treasured monuments and religious statues, he signed an executive order prioritizing their protection. Existing laws were to be enforced with upmost diligence to prosecute “any person or any entity that damages, defaces, or destroys religious property.” Trump tapped in to the power of the presidency to demand the release of U.S. evangelical pastor Andrew Brunson, who was held captive in a Turkish prison. And in 2019 he gave an unprecedented speech to the United Nations in which he urged world leaders, as an “urgent moral duty”, to halt crimes against faith, to free captives of conscience and to repeal laws restricting religious freedom.
Leadership in furtherance of religious freedom is the obligation of the president, regardless of political affiliation. Will the Biden/Harris administration continue this great tradition?

New Rules for Federal Government Departments
Following Trump’s lead, the Departments of Health and Human Services, Treasury and Labor issued new rules protecting employer conscience rights. These allow for a capacious accommodation of religious and moral objections to the ACA’s contraceptive mandate. The Supreme Court recognized the administration’s authority to craft such rules this summer. Justice Samuel Alito, in a concurring opinion, asserted that the Religious Freedom Restoration Act may even oblige the federal government to combat such violations of the free exercise of religious belief. Worryingly, President-elect Joe Biden promised on the campaign trail to rescind the rules if elected. For the sake of religious freedom — and to avoid forcing religious groups like the Little Sisters of the Poor to make another trip back to the Supreme Court — this a campaign promise that Biden should not keep.
The Department of Health and Human Services has also proposed rules accommodating religious objections of foster care and adoption agencies that receive federal funding from having to place children with same-sex couples. (As I write, the Supreme Court is reviewing a case involving the Archdiocese of Philadelphia’s foster care agency and whether the First Amendment affords the agency similar protection.)
The Department of Education has also issued new rules that put college administrators, both public and private, on notice that they will lose federal funding if they stifle free speech and religious freedom. The rules reflect the Trump administration’s determination to dismantle key aspects of “cancel culture” that tend to target students of faith most brutally. Whether the Biden administration will share that determination is, to put it mildly, open to question.

Enforcement Domestically and Internationally
The Trump administration defended religious freedom and conscience rights in our federal courts in key matters, successfully harmonizing them with other competing interests. The Department of Justice, in particular, has been crucial in re-establishing religious liberty as a priority. Under former Attorney General Jeff Sessions, the Department outlined 20 core principles to guide DOJ’s litigation strategy in defense of religious freedom. It launched a “Place to Worship” Initiative directed at bolstering enforcement of the Religious Land Use and Institutionalized Persons Act, which protects churches and religious groups from local discrimination. And it created a Religious Liberty Task Force to ensure that all DOJ components uphold the religious liberty guidance in the cases they bring and defend.
Attorney General William Barr continued this commitment, by specifically prioritizing the protection of the rights of people of faith and demanding that state and local governments do not unfairly penalize houses of worship during the coronavirus pandemic. Barr’s office was also involved in key religious freedom cases before the Supreme Court this past term, successfully supporting the rights of parents to access state-supported tuition assistance for religious schools and the right of religious schools to select teachers of religion without government oversight. Administration lawyers supported the Archdiocese of Philadelphia’s foster care agency in its case before the Court earlier this month.

International Religious Freedom
The Trump administration was bolder than any of its predecessors in advancing religious freedom internationally. Since 2018, Sam Brownback, former Kansas governor and long-time senator, has served as the country’s ambassador-at-large for International Religious Freedom. Brownback, joined by Secretary of State Mike Pompeo, has diligently sought to incorporate religious freedom into U.S. foreign policy. Among their many achievements has been the first and second global ministerials on religious liberty and the creation of the International Religious Freedom Alliance, bringing like-minded countries together to advance the cause of religious freedom globally. The Trump State Department also expanded a “watch list” for religious liberty violations, adding countries like China, Pakistan, Sudan and Saudi Arabia to the list of “Countries for Particular Concern” under the International Religious Freedom Act. Both Pompeo and Brownback have specifically denounced atrocities committed against ethnic and religious minorities in China.
U.S. leadership on the international front in defense of religious liberty is a matter of life or death for many people of faith across the globe. One of the surprises of the Trump administration was the extent to which religious freedom and conscience rights were championed by a president who, before he was elected, had given few indications he would take up the cause. Would a President Biden promote America’s first freedom on the domestic and international stage? It would be a great disappointment if the Trump administration’s achievements were ignored or — even worse — blotted out by a man who will be celebrated as our country’s second Catholic president.