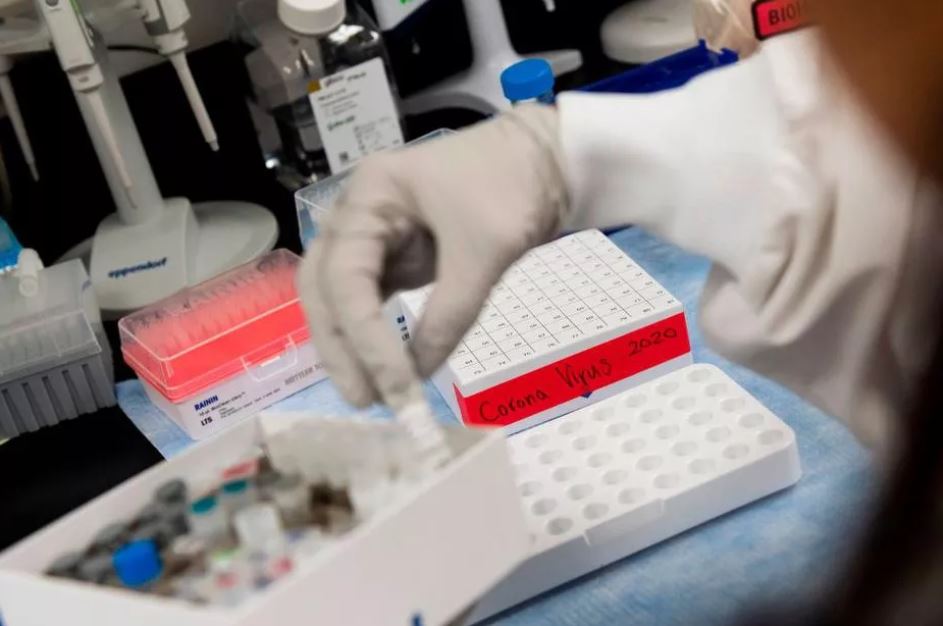 Promising ethical vaccines to fight COVID-19 have advanced to the later stages of testing.

WASHINGTON — More than 300 vaccines are currently in development to fight the coronavirus behind the COVID-19 pandemic, and approximately 40 have already advanced to clinical trials. In the vanguard for the U.S. are eight potential vaccines backed by the federal government’s Operation Warp Speed (OWS), a private-public partnership that has already spent $10 billion in an effort to bring a COVID-19 vaccine to the general public by 2021.

As Operation Warp Speed’s vaccines are brought rapidly through testing phases to production, ethical concerns for Catholics have focused mainly on two main areas: ensuring that any vaccines being produced have no complicity in abortion and ensuring that vaccine trials are not compromised, especially by profit or political motives, when it comes to guaranteeing their safety and effectiveness.

“It’s newer technology, and people are still figuring it out,” David Prentice, vice president and research director for the Charlotte Lozier Institute, told the Register, noting that only a couple of the OWS pharmaceutical companies have actually brought to market a vaccine approved by the U.S. Food and Drug Administration. The FDA is demanding a COVID-19 vaccine have at least 50% effectiveness.

While Prentice has confidence the FDA would only approve a COVID-19 vaccine if it were safe, he said, “My concern is that we have at least one choice that is ethically produced.”

The vaccines in Operation Warp Speed all rely on new technologies that allow them to be tested and come to production much earlier than traditional methods that developed vaccines from viruses cultivated in cell tissue. Prentice explained that unlike traditional methods of creating vaccines, the different methods utilized in Operation Warp Speed involve making proteins, not the whole virus, “like putting a face on a wanted poster … so if a virus does infect, you the immune system is ready to slap it down.”

The good news, Prentice explained, is that a majority of the OWS candidate vaccines meet the objective ethical criteria of not being produced with cell lines derived from the fetal tissue of aborted children.

One ethically-derived OWS COVID-19 vaccine advancing rapidly in Phase 3 is the BioNTech-Pfizer’s BNT162 vaccine, which uses mRNA technology to provoke the body’s immune system to recognize and fight the virus. BioNTech-Pfizer has signaled it could have data ready for the Food and Drug Administration by the end of October, meaning approval could come by the end of 2020.

Another OWS participant, Moderna, has an mRNA vaccine that focuses its attention on a form of the “spike” protein from SARS-CoV-2, the virus behind COVID-19. The company is also in Phase 3, but is not expected to be ready until 2021; and according to Moderna’s newlypublished protocols, participants will continue to be monitored for two years after that.

Other OWS possibilities also appear free from any involvement with cell lines derived from the fetal tissue of aborted children in their production.

Novavax, based in Maryland, is making a COVID-19 protein vaccine (NVX-CoV2373) based on its recombinant nanoparticle technology, which it used in developing its flu vaccine. According to anews release, Novavax is now in Phase 2 of its Phase 1-2 clinical trial.

Another OWS participant, Sanofi/Glaxo-Smith-Kline, is using the recombinant protein technology behind Sanofi’s FluBlok in the fight against COVID and GSK’s adjuvant technology, which lowers the amount of vaccine protein needed in each dose. Sanofi/GSK hasalso startedPhase 1-2 clinical trials, with those results expected by December 2020.

At least two of the other leading vaccine candidates in Operation Warp Speed were developed from cell lines that are morally compromised because they are derived out of tissues taken from aborted children. Oxford University/Astra-Zeneca’s vaccine uses the HEK-293 line taken from a child aborted in 1972. Trials in the U.S. have been on hold since Sept. 6, when a participant developed a rare spinal inflammatory condition called transverse myelitis.Janssen Research and Development (Johnson & Johnson) used the PER.C6 line, derived from an unborn child aborted in 1985, to develop its vaccine. That vaccine isexpectedto begin Phase 3 trials in September.

Father Tadeusz Pacholczyk, director of education at the National Catholic Bioethics Center, noted that these lines are morally problematic because “valid informed consent was not obtained for the use of the child’s cells, given that a mother automatically disqualifies herself from being able to give valid consent to use the child’s remains whenever she intentionally and directly causes that child’s death.”

He noted that, in the event that a person must use one of these vaccines, “A patient or ‘end user’ of such a vaccine does not commit any sin by receiving an inoculation.”

“But those who are involved in the research and manufacturing decisions are likely to have moral culpability for any decisions involving the use of these ethically-problematic cells,” he said.

These moral issues apply to a lesser degree with some of the other vaccines, as well.

Moderna’s vaccine, for instance, is not produced from HEK-293 cells, but it has benefited from existing non-Moderna research on the spike protein that used HEK-293 cells, and non-Moderna scientists have used these cells (in addition to ethically-sourced cells) to test the vaccine.

Another similar concern is raised over Inovio Pharmaceuticals, which is a DNA-based vaccine that has nonetheless used the HEK-293 cell line in testing of its final product.

Despite these issues, Prentice said because all four of these vaccines are not directly produced from cell lines derived from aborted fetal tissue, people could take advantage of them with a clear conscience. And all four have been tested on ethically-derived cells, as well.

“Again, I would have no ethical qualms taking that vaccine because there is nothing in its production that uses these illicit cell lines,” he said. But he said scientists should realize they are morally culpable for using abortion-derived cell lines to test their product when there are other ethically-derived alternatives available for testing.

Father Pacholczyk said biomedical research needs to abandon all use of cell lines derived from the tissue of aborted children in favor of ethical alternatives.

“In my opinion, the government should not be providing public funding to companies that use cell lines from abortions in their vaccine-development efforts,” he said.

Too Fast, Too Soon?

While these vaccines may prove to be ethical alternatives, there is an additional challenge with the unprecedented speed of the attempt to bring COVID-19 vaccines to market when time is needed to gather robust clinical data to understand the consequences of each vaccine.

“Trying quickly to develop a vaccine as a novel pandemic unfolds, and in the midst of enormous competitive pressures, doesn’t guarantee success,” Father Pacholczyk said. He noted that vaccine research and development is in uncharted territory, as “no vaccine has ever been created in less than four years,” and most have taken around a decade.

“We’re still in the early stages of the COVID-19 vaccine work, so it’s difficult to identify the most promising candidate,” he said.

Debi Vinnedge, executive director of Children of God for Life, who has also expressed concern about the use of fetal cells in any testing and research involved in COVID-19 vaccines, told the Register that she is concerned “vaccines in development are being rushed to the market with an insufficient amount of time for testing.”

“We have no idea what sort of health risk this may cause long term or if it might affect younger people differently than the elderly,” she said.

The Secretariat of Pro-Life Activities at the U.S. Conference of Catholic Bishops (USCCB) has expressed hope that ethical vaccines will be available to patients and medical professionals, thereby avoiding a crisis of conscience that would complicate the pandemic response.

“If, however, the only COVID vaccine to cross the finish line is produced using aborted fetal cells, it would cause major conscience problems for many Catholic and pro-life individuals and, as a result, undermine public health,” the Secretariat of Pro-Life Activities’ associate director, Greg Schleppenbach, told the Register.

The Vatican has stated that, under certain circumstances (e.g., serious health risks to the population as a whole), Catholics can accept such vaccines in good conscience so long as they make their objections known.

The goal is to prevent that scenario from happening in the first place. Schleppenbach said his office has been asking Catholics to contact the U.S. Department of Health and Human Services and “demanda COVID-19 vaccine that is free from connection to abortion.”