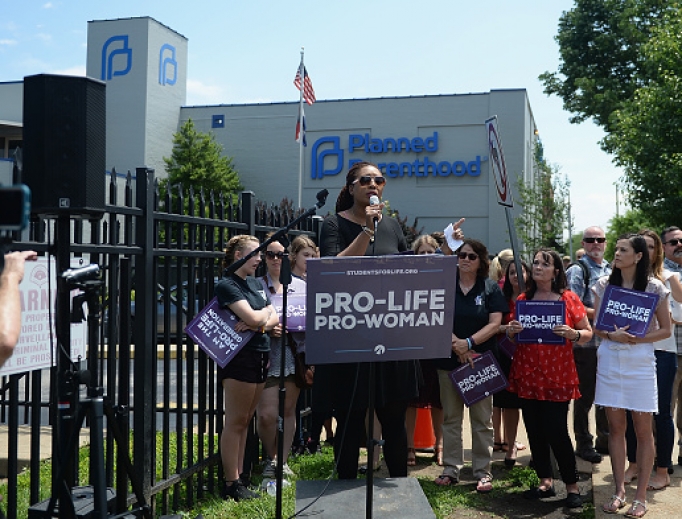 The abortion giant has sunk unprecedented amounts of money to capture both the Democratic Party and the 2020 election, giving pro-life organizations’ ground game its strongest test yet.

WASHINGTON — The 2020 election cycle is witnessing an unprecedented amount of money spent over abortion politics, with Planned Parenthood seeking to tip the balance with tens of millions of dollars and an army of grassroots activists.

Planned Parenthood’s political operations have invested heavily in Democratic candidates, campaigns and organizations in order to protect hundreds of millions of dollars of annual revenue coming into the abortion giant.

At the outset of the 2020 election cycle, Planned Parenthood pledged to raise $45 million — more than triple what it raised in 2016 — and deploy its activists to push pro-abortion Democratic candidates it supports to victory. One of their early victories in the election was theprimary defeatof longtime pro-life Democrat U.S. Rep. Dan Lipinski, D-Ill.

“It’s a combination of the money, but they also have a lot of vocal supporters who are willing to shout outside people’s offices,” Kristen Day, president of Democrats for Life, told the Register. Day said Planned Parenthood’s political influence on the Democratic Party (and refusal to brook any dissent from their abortion orthodoxy) is so powerful, it has cost Democrats competitive races that pro-life Democrats could have won against Republicans.

“They put their issue before party,” Day said. “They’re a corporation the Democratic Party is beholden to. They say they don’t want to be beholden to corporate interests, yet they are: the abortion lobby.”

The PAC hasdonatedto 94 Democratic House candidates, with an average contribution of $3,527, and 25 Democratic senators, at $4,507, according to Federal Election Commission filings examined by OpenSecrets.org, a site run by the Center for Responsive Politics.

Some of the top Democratic recipients in 2020 (both from the organization and individuals associated with Planned Parenthood’s PAC) are Joe Biden ($24,281), Rep. Lizzie Fletcher, D-Texas ($18,984) and Rep. Nancy Pelosi ($16,543). Approximately 50 candidates, such as Rep. Conor Lamb, D-Pa., a Catholic who said he’s personally opposed to abortion but supports its legality, received the full $5,000 amount from the organization.

During the 2019-2020 period, PPA donated $10,000 each to The Young Democrats of America PAC and the National Democratic Training Committee PAC and an additional $25,000 to the DLGA PAC, the Democratic Lieutenant Governor’s Association PAC.

Planned Parenthood Votes, Planned Parenthood’s Super PAC, can raise unlimited amounts of money for its own electioneering efforts, for or against candidates, but federal rules on Super PACs prohibit them from coordinating with candidates’ election campaigns or donating directly to a candidate’s war chest.

The sum nearly matches the $14.5 million so far raised by the pro-abortion EMILY’S List Super PAC Women Vote!, which in the past election cycle had been the strongest pro-abortion Super PAC, raising $40 million in 2018.

Michael New, a visiting assisting professor in social research at The Catholic University of America and a contributor to the pro-life Charlotte Lozier Institute, told the Register that Planned Parenthood has become much more aggressive politically than ever, investing more money into the election cycle and purging their own leadership.

“[Wen] was not a good mission fit,” New said. And he noted that Planned Parenthood has a stronger hold over Democratic political leaders than do other left-of-center constituencies, such as gun control or environmental activism.

Hundreds of Millions at Stake

But the heavy investment Planned Parenthood makes in Democratic politics is minimal compared to the potentially hundreds of millions of dollars it stands to forfeit if it loses the 2020 election and government funding for its business becomes more restricted.

As the Register alreadyreported, Planned Parenthood’s loss in the Title X fight raised the specter that its Medicaid funds — a third of its revenue, according to Planned Parenthood’s financials — could be next, should the Republican Party win control of both houses of Congress and the White House in this election cycle.

The organization’s total revenue was recorded at $1.64 billion in 2019.

But a victory for Planned Parenthood’s Democratic Party political allies in 2020 would mean an opportunity to expand its share of the abortion industry and maximize its potential income generation, even as the industry overall declines.

“Fewer physicians want to do abortions, we see abortion facilities closing, and we see the abortion rate falling,” New said. “So politically and non-politically, they see a lot of trends going against them. And so they’re doubling down in terms of their political involvement.”

Democrats for Life’s Day said Planned Parenthood’s rationale is no different from a corporation that’s willing to spend money on elections “to increase their bottom line.”

“The abortion lobby wants to get rid of all regulations — just like a business — so they can keep the [abortion] demand up,” she said.

Another potential political impact of the upcoming presidential election relates to pro-life legislative strategies that aim to chip away atRoe v. Wade.President Donald Trump isexpected to reshape 40% of the federal judiciaryand possibly another Supreme Court justice by 2024, increasing the possibility of successful challenges toRoe v. Wadeand a tougher future for the abortion industry.

Further, a major political defeat for Planned Parenthood would damage its stature as the premier advocate for abortion. Planned Parenthood Federation of America and its affiliates raised $630.8 million in 2018 and$591.3 million in 2019from private contributions, primarily by calling on people to support them as the champion of abortion in the United States.

Battle of the Grassroots

Despite the financial disparities in favor of the abortion lobby, New said the pro-life movement has had a good ground game.

Mallory Quigley, vice president for communications at the Susan B. Anthony List, told the Register their pro-life political organization has a plan to reach 4.6 million voters in battleground states and has confidence that pro-life voters will turn out in greater force than pro-abortion voters. Quigley believes reelecting President Donald Trump on the basis of his administration’s pro-life accomplishments would be a motivating factor.

Quigley said SBA List expected a vigorous fight from Planned Parenthood because “they’re petrified about what else [Trump] would accomplish in the next four years.”

The Trump campaign listed on Aug. 23 itscore prioritiesfor a second term agenda, but did not initially list pro-life issues among them. However, the issue of abortionwas heavily featuredduring the Republican National Convention itself, and the list of core priorities was subsequently amended to include a pledge to “protect unborn life through every means available.”

So far, Planned Parenthood Votes has outraised Women Speak Out by a 2-1 margin.

Quigley said money is “just one aspect of this fight.”

“We’re winning on the messaging and public opinion,” she said.

“The pro-life movement has to continue very strongly to expose the contrast between the two sides on this issue,” she said.

And they expect to canvass inbattleground states— Arizona, Florida, North Carolina, Iowa, Georgia, Michigan, Pennsylvania, TexasandWisconsin — so long as it is “safe and permitted,” according to government restrictions related to coronavirus concerns at the state and local level.

Noah Weinrich, press secretary for Heritage Action for America, told the Register that COVID-19 has changed how campaigns are operating, and political watchers are going to find out in 2020 how much traditional canvassing still matters in an age of social media.

Weinrich said Planned Parenthood’scampaign spendingaims to flip the Senate to Democratic control by intervening in key races as well as secure a pro-abortion presidency.

Planned Parenthood Votes has committed $303,056 to elect Democrat Mark Kelly and $275,354 against Republican Sen. Martha McSally in Arizona. In Maine, the Super PAC has spent $289,543 to take down Sen. Susan Collins — a pro-choice Republican who nonetheless has become a particular target of the abortion lobby because of the key vote she cast in 2018 to confirm Brett Kavanaugh to the U.S. Supreme Court—and invested $99,679 in Democratic challenger Sara Gideon.

In North Carolina, Planned Parenthood Votes has sunk $129,863 into taking down Republican Sen. Thom Tillis, who has been a strong supporter of pro-life legislation, and spent $114,427 to bolster challenger Democrat Cal Cunningham.

“The Senate is very much in play and hinges on a few races,” Weinrich said.

Planned Parenthood has alsoformally endorsedthe Democratic ticket of Joe Biden and Kamala Harris, and Biden reciprocated byappearing in a Planned Parenthood adin which he promised to promote abortion domestically and internationally and declared, “I am proud to join you in this fight.”

Weinrich said Republicans have an edge in the traditional campaigning of knocking on doors and asking people for their support at the polls during the pandemic. Democrats are seeing a “a lot less canvassing” in part, he said, because Democratic core voters tend to live in urban environments where COVID is a greater concern, whereas Republican core voters live in more rural and spread-out suburbs where it’s less of a concern.

“We’re going to see if you can win an election with just social media right now, or if you can win it with old-school door-to-door efforts,” he said.

The ground game, especially on social media, is an area where Planned Parenthood has been working steadily to neutralize the pro-life advantage ever since the organization was politically bloodied in 2015 by aseries of undercover videosexposing its sales of body parts harvested from aborted babies.

And key to that pushback will be raising the money to offset Planned Parenthood’s war chest.

“Their ability to raise [those funds] is phenomenal,” Day said, “and we need to match that.”

Analysis: The art of China’s Vatic...