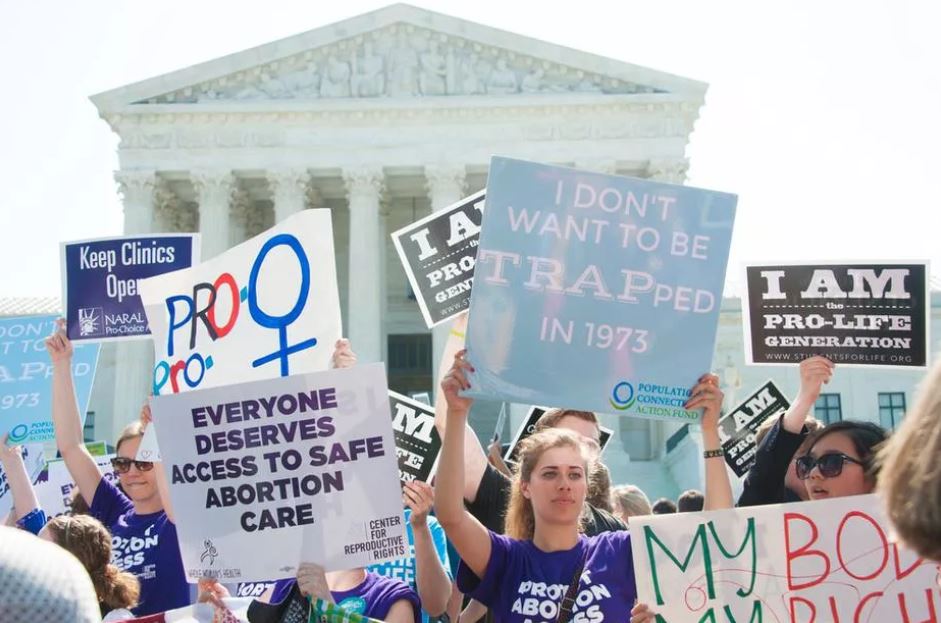 Pro-life groups praise Barrett’s originalist views as a safeguard against reading abortion rights into U.S. law, whereas abortion lobbyists are mobilizing against her nomination because they fear she would seek to end legal abortion.

WASHINGTON — President Donald Trump’s Sept. 26 nomination of Judge Amy Coney Barrett, a Catholic mother of seven, to the U.S. Supreme Court has elevated abortion into a central issue in the election.

Trump nominated Barrett as a replacement for Justice Ruth Bader Ginsberg, who died on Sept. 18 at the age of 87.

In remarks the day after Barrett’s nomination, Democratic presidential nominee Joe Bidencalledon the Senate not to move ahead with confirmation proceedings until after the election, saying the Senate “must not act on this nomination until the American people finish the process they’ve already begun of selecting their president and their Congress.”

While Biden focused on Judge Barrett’s past public opposition to the Affordable Care Act in his remarks, he also warned that “women could lose the rights enshrined inRoe v. Wadefor 50 years.” And Biden’s running mate, Sen. Kamala Harris, D-Calif.,tweetedSept. 26 that she “strongly opposed” Barrett’s appointment to the Supreme Court because “Trump’s hand-picked successor to Justice Ginsburg’s seat makes it clear: They intend to destroy the Affordable Care Act & overturnRoe. This selection would move the court further right for a generation & harm millions of Americans.”

The abortion implications of the nomination also were highlighted near the outset of the first presidential debate between Trump and Biden on Sept. 29.

In his initial questioning, moderator Chris Wallace of Fox News asked the candidates about Barrett’s nomination to the Supreme Court and for their thoughts about how Barrett might change the balance of the Supreme Court.

Trump, who answered first, said that Barrett was a “phenomenal nominee” who had the support of “very liberal people from Notre Dame and other places.” Barrett, said Trump, is “going to be fantastic.”

While Trump did not raise the abortion issue in his initial remarks, Biden, a Catholic who is a strong supporter of expanded access to abortion, suggested that abortion rights could be at risk if Barrett is confirmed.

“The point is that the president also is opposed toRoev.Wade,” said Biden. “That’s on the ballot as well and the court, in the court, and so that’s also at stake right now.”

Trump pushed back at the apparent notion that overturning theRoev. Wadedecision was on the ballot this November, saying that “it’s not on the ballot.”

“There’s nothing happening there,” Trump said, referring apparently to the issue of abortion at the Supreme Court. Trump did not elaborate about what that meant, but he told Biden “you don’t know” Barrett’s view regarding theRoedecision.

Wallace said the conversation would eventually return toRoev.Wade, but the topic was not again raised during the debate.

A commitment to appoint pro-life judges has been incorporated into the Republican Party’spresidential platform regarding abortionfor decades, including in both of Trump’s campaigns. And in aletterto pro-life leaders in September 2016, Trump specifically promised to appoint such jurists to fill Supreme Court vacancies.

In a similarletterthis year, he cited his appointments of Supreme Court Justices Neil Gorsuch and Brett Kavanaugh and of more than 200 lower-court judges — a number that includes his appointment of Barrett to the 7th Circuit Court of Appeals in 2017 — as evidence that he is “transforming the federal judiciary.” And he pledged to “continue this transformation of the federal judiciary, filling the Supreme Court and lower courts with judges who will respect the constitution and not legislate the abortion agenda from the bench.”

However, while Trump committed in 2016 to nominating pro-life justices to the U.S. Supreme Court, hetoldFox & Friendson Sept. 27 that he had not discussed challenges toRoe v. Wadewith Barrett, as “it’s something she is going to be ruling on.” When asked whether a Supreme Court with a 6-3 conservative majority could rule on a “life issue,” Trump said that “it’s certainly possible” and “maybe they would do it in a different way. Maybe they would give it back to the states. You just don’t know what’s going to happen.”

Like her late mentor Antonin Scalia, the Catholic Supreme Court justice for whom she clerked early in her legal career, Barrett is an originalist legal scholar who believes the Constitution must be interpreted according to its original meaning. Adherents to this legal philosophy oppose decisions likeRoe v. Wadebecause it reads a new meaning into the 14th Amendment’s right to privacy, one that was never envisioned at the time the amendment was formulated.

Trump alluded to Barrett’s originalist perspective in the Sept. 27 interview. “Mostly, I’m looking for somebody that can interpret the Constitution as written — we say it all time — and she is very strong on that,” he toldFox & Friends.

Even if the Trump campaign hasn’t made Barrett’s position on abortion a central part of its messaging, advocacy groups for and against abortion have staked their ground in an attempt to sway the nomination process and the influence it might have on Nov. 3.

Following the announcement, Planned Parenthood’s president, Alexis McGill Johnson,calledBarrett’s nomination “a particular insult to the legacy of Justice Ginsburg,” saying Barrett had a “history of hostility toward reproductive health and rights.” NARAL’s president, Ilyse Hogue,wrotethat “Amy Coney Barrett’s record tracks with Trump’s promises in the 2016 election — a nominee who would be a sure vote to end legal abortion in this country. Her positions show she is a clear and present threat to reproductive freedom and the promise ofRoe.”

Jeanne Mancini, the March for Life’s president, said on Sept. 26 that she is confident Barrett “will fairly apply the law and constitution as written, which includes protecting the most vulnerable in our nation: our unborn children. She is a highly gifted jurist and a woman of great accomplishment — a role model for women and girls across the country — and she deserves a vote as expeditiously as possible.”

Prudence Robertson, communications associate at the Susan B. Anthony List, told the Register that the moment was a “turning point for our movement,” as “with the passing of Ruth Bader Ginsburg, who served as a reliable pro-abortion vote for the past 27 years, we see an opportunity for President Trump to fill this seat with a woman who understands the constitutional right to life extends to the unborn.”

Pro-lifers have also recognized that the vacancy and confirmation process will make the abortion issue prominent in this election. Tom McClusky, president of March for Life Action, told the Register that “the vacancy at the Supreme Court has refocused many on the issue of abortion before the election,” and “2016 exit polls showed just how important the selection of judges is to voters, with one in five saying it was the most important factor and a majority of those going to President Trump.”

Yet exactly how the nomination of Judge Barrett will affect the presidential race is unclear. Barbara Carvalho, director of Marist’s polling, told the Register that she didn’t know “if the confirmation of the Trump nominee prior to the election will actually deflate or energize the president’s base of support.”

Given some polling taken immediately after Ginsburg’s death that indicates many Americans want the pick to be from whomever wins the election, she said it might “have been more helpful to him to say that he would simply do that after the election.”

Carvalho acknowledged that “in the past certainly bringing issues to the fore like this has worked for [Trump] in terms of mobilizing his base. This time it has certainly mobilized the Democrats, as well, though.”

Katie Glenn, government affairs counsel at Americans United for Life, speculated that having a vacancy on the Supreme Court a month before the 2020 election could motivate voters who “feel strongly about the court” as well as signal to some voters that “it was a promise kept by him.”

However, Glenn also said that the result could go either direction. If the confirmation process is successful, she said, pro-life supporters could either feel as though they’ve accomplished their goal and “sort of step off the gas” or “you could have people feel really energized” for another Trump term.

She also pointed out that Democrat lawmakers “have come out strong against this” and are trying to “fire up their base,” and she acknowledged “there are some people who might feel like this [confirmation process] was too rushed and not like that.”

Continued Glenn, “But, in general, if President Trump in his first term can confirm three originalist judges I think that would really feel like promises kept for his voters.”